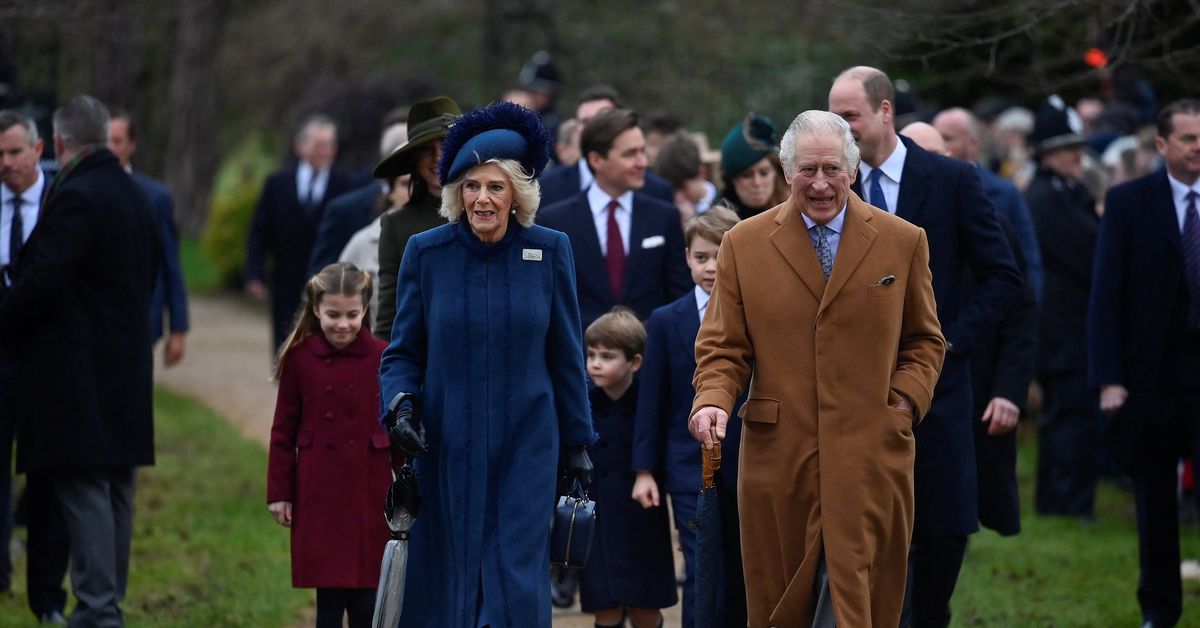 Charles said he shares with his "whole heart" his mother's faith in God and people. He was speaking from St George's Chapel, the final resting place of the late Queen and from where Elizabeth delivered a Christmas message in 1999.

"It is a belief in the extraordinary ability of each person to touch, with goodness and compassion, the lives of others and to shine a light in the world around them," Charles said.

"And at this time of great anxiety and hardship — be it for those around the world facing conflict, famine or natural disaster, or for those at home finding ways to pay their bills and keep their families fed and warm — we see it in the humanity of people."

The King's speech capped another chaotic year for Britain after years dominated by coronavirus and Brexit.

In 2022 the nation had three prime ministers within two months and now faces an economic recession and cost-of-living crisis that has forced many to turn to food banks and charities for support.

Charles III, who acceded to the throne when his mother's death ended her record 70-year reign in September, paid tribute to such charities in his broadcast, which included footage of staff at food banks, as well as hospital staff and rescue and care workers.

The 74-year-old monarch, who also holds the title of "Defender of the Faith" in his role as the Supreme Governor of the Church of England, spoke of how "our churches, synagogues, mosques, temples and gurdwaras" had united to feed the hungry.

The king, who often courted controversy as a prince for voicing strong views on a variety of issues including the environment, has previously said that, as monarch, he would scale back such public campaigning.

His message on Sunday, delivered standing with a Christmas tree in the background, is the latest in a tradition of royal seasonal messages dating back to 1932, when George V gave a speech over radio.


Charles noted in his speech how his son, William, the heir to the throne, and William's wife, Kate, had visited Wales recently, "shining a light" on examples of community spirit.

But he made no mention of William's brother, Harry, or his wife, Meghan, who took part in a documentary this month in which the couple portrayed the royal family as a tone-deaf institution unconcerned about their mental well-being. Harry and Meghan also recounted how they had stepped back from their royal roles in 2020 after a slew of negative press coverage.

Charles, William and other royals on Sunday visited a church in Sandringam in eastern England, where the family traditionally spends the festive period.

Also present was the King's disgraced brother, Prince Andrew, who was stripped of most of his royal titles over his friendship with convicted sex offender Jeffrey Epstein and a related sexual assault allegation and resulting lawsuit.

He settled the lawsuit in February without admitting any liability. The settlement included an undisclosed payment.

British newspapers reported this week that Andrew, who has not been charged with any criminal offence and has denied any wrongdoing, was removed from Buckingham Palace and will no longer be permitted to have an office there.
#Coronavirus