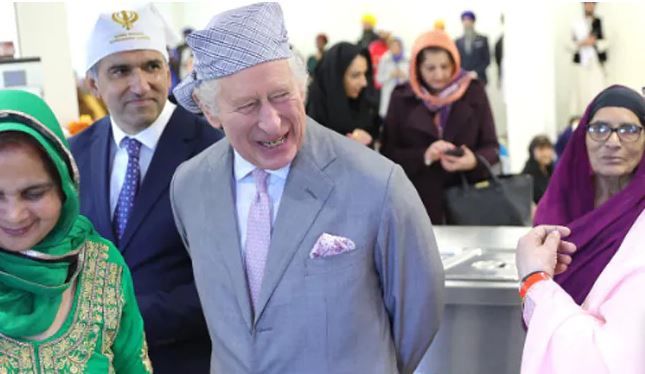 In a nod to Britain's diversity, King Charles paid obeisance at a newly-built gurdwara at Luton, a town just outside London, and mingled with the devotees. Children from across faiths were present to welcome him, holding the Union Jack and the Sikh flag of 'Nishan Sahib'.

He also lauded the community for their services during the Covid pandemic over the past almost three years. It ran a pop-up Covid vaccine clinic, which was one of the first of its kind in the UK, said the royal family's Instagram post.

"The Gurdwara encouraged other places of worship to tackle misinformation regarding vaccine hesitancy," it added.

The UK has over 5 lakh Sikhs who account for about 1 per cent of the country's population. The UK Parliament has had several Sikh members — Labour Party's Tanmanjit Singh Dhesi currently being among prominent MPs.

On the royal family's Insta post today, among people who commented was one who said: "KC at his best. He is the Head of the Church of England. But he has frequently talked about being a Leader/Friend of the Faiths. I believe that his heart is well meant, contrary to other views."
#vaccine  #Covid