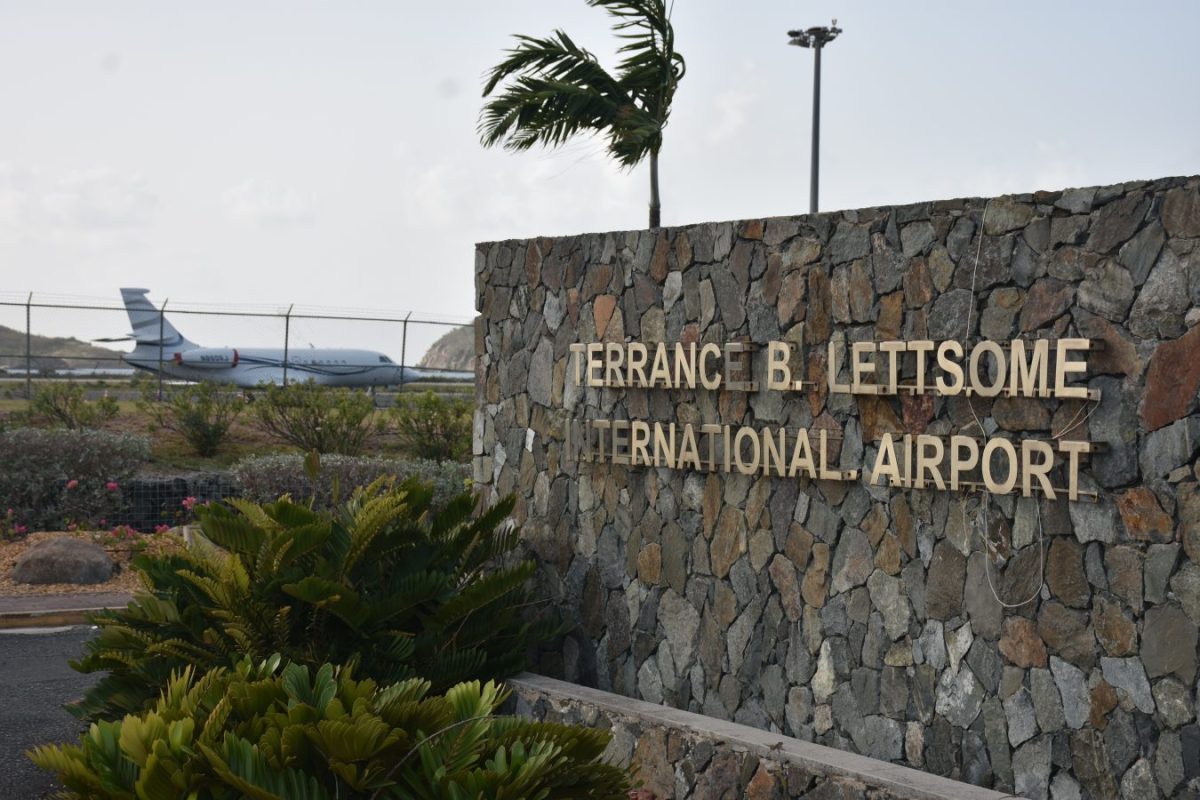 Premier Natalio Wheatley has expressed that it was a ‘lack of will and innovation’ that prevented bigger jets from landing at the Terrance B Lettsome International Airport in the past.
Despite the efforts of previous BVI governments, the Embraer E-175 will be the biggest jet to land in the BVI when American Airlines starts operating flights to and from the territory as of June 2023.

At a recent press conference, a member of the media asked leaders to explain the reasons that have prevented the BVI from accommodating bigger jets all these years.

In response, Premier Wheatley said past failures were due to a lack of will and the absence of a Works Minister like Kye Rymer who went the extra mile to secure the historic deal with American Airlines.

“The biggest problem we had in not being able to land [bigger] planes at the airport is that we didn’t have a Minister like Kye Rymer and I’m not joking,” Premier Wheatley said. “The will is what was lacking and maybe the innovation. The Deputy Premier is a humble guy so I will say it for him because he won’t say it.”

Give Rymer his credit


The Premier said Rymer faced many challenges in landing the American Airlines deal but did not give up in the quest to improve the BVI’s airlift. He also hinted that other opportunities came up but didn’t materialiae because of “challenges.” Yet the Premier said Minister Rymer refused to “take no for an answer.”

“It’s something that could have happened before, it’s just a matter of getting the right equipment and the right relationships,” Premier Wheatley stated. He also said the BVI’s participation in international conferences like Routes World 2022 also played a part in landing the deal with American Airlines.

“The Minister was very clear about attending this Routes conference. And sometimes when people see us taking these trips they think we just want a weekend away from the Virgin Islands. But when we go on these trips we go to deliver the goods for the people of the Virgin Islands – and the Minister delivered and we have to give him credit,” Premier Wheatley said.


Airlift has been a longstanding problem for the BVI’s tourism. Currently, the territory gets a large number of visitors who travel from the neighbouring US Virgin Islands, which already has airport facilities to accommodate increased airlift.

In the past, the National Democratic Party government had unsuccessfully tried to secure a deal with the now-defunct BVI Airways, which would have increased the BVI’s airlift. Instead of increased airlift, that deal resulted in a major scandal that saw the government spend $7.2 million to, among other things, pay off BVI Airways’ debts, pay fees required by aviation regulators, and pay the salaries of the airline’s pilots, flight attendants, and ground crews.

In the meantime, plans are in the works to expand the runway at the Terrance B Lettsome International Airport to accommodate even larger jets.
#the Virgin Islands