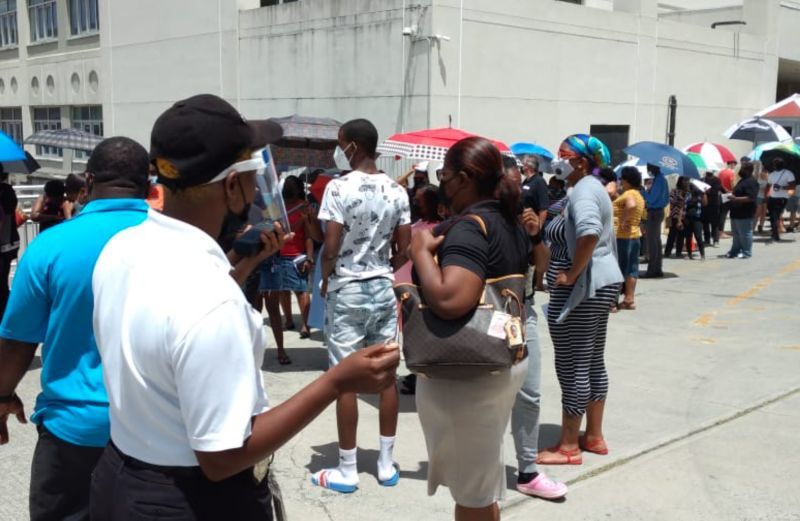 Information coming into Virgin Islands News Online (VINO) is that mass confusion has erupted outside the Dr D. Orlando Smith Hospital where persons have assembled to get tested for COVID-19.

With some 480 confirmed active cases of the virus present in the territory as of July 5, 2021, testing sites have been scheduled with more announcements scheduled for today.

So far persons have turned out in droves to the lone public hospital on Tortola where a disorganised crowd was photographed this afternoon.

An eyewitness described the situation as confusing with hundreds of persons getting agitated, "it's crazy up there… like persons want to fight.”

Our news centre is also aware of similar complaints from persons on social media.

VINO reached out to the acting Chief Medical Officer, Dr Ronald E. Georges and Health Minister Hon Carvin Malone (AL) for comments; however, no response was received up to publication time. 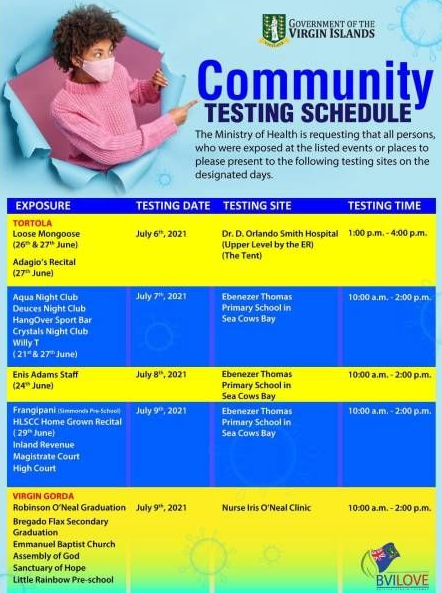 So far, community testing sites have been confirmed at the Dr D. Orlando Smith Hospital for today, July 6, 2021, up until 4 pm for persons who we're exposed to the virus at Loose Mongoose on the 26th and 27th of June and Adagio’s Recital on the 27th.

So far, community testing sites have been confirmed at the Dr D. Orlando Smith Hospital for today, July 6, 2021, up until 4:00 pm for persons who were exposed to the virus at Loose Mongoose on June 26 and 27, 2021, and Adagio’s Recital on June 27.

Testing for those exposed at the Frangipani (Simmonds Pre-School) and HLSCC Home Grown Recital on June 29, 2021, as well as for persons at the Inland Revenue Department, the Magistrate Court and the High Court will also be done at the Ebenezer Thomas Primary School but on July 9, 2021.

Testing on Virgin Gorda is also scheduled for July 9, 2021, at the Nurse Iris O’Neal Clinic for persons exposed at two graduation ceremonies as well as school and religious events.