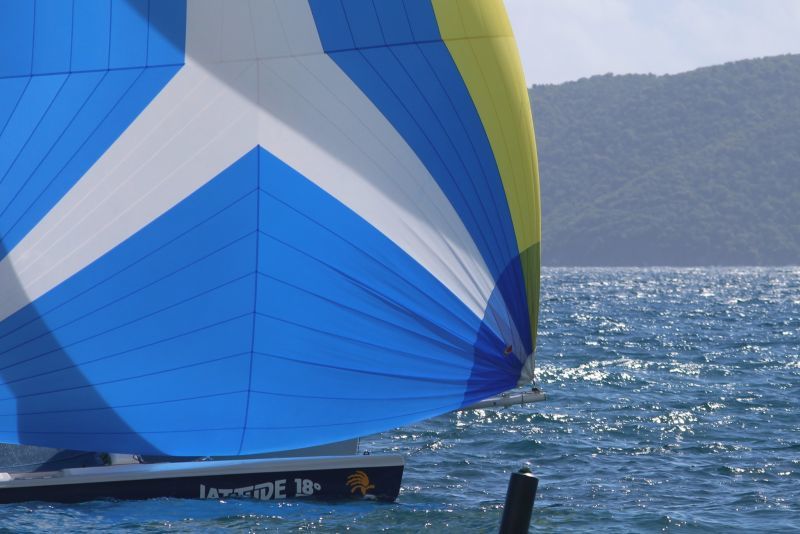 The 2023 racing season got off to a flying start with the Latitude 18 Halyard Challenge on Saturday, January 14, 2023.

The race committee was definitely ready for a re-start as all three boats did some major ziggaling to avoid being over the line early.

Team Whoop Whoop was forced to spin away from the line and come back around and it was The Flying Pig who pulled off the best start. 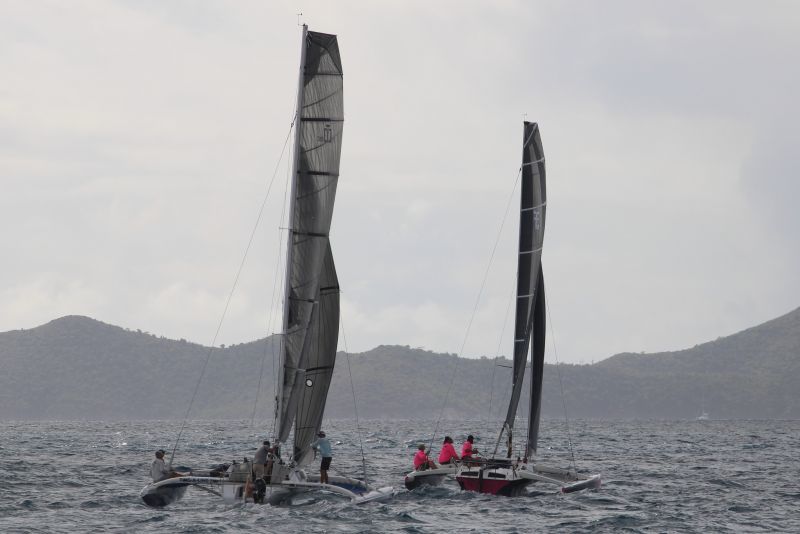 The 2023 racing season got off to a flying start with the Latitude 18 Halyard Challenge on Saturday, January 14, 2023.

Haycraft skippers Ting Too to victory

After crossing the start line just off Nanny Cay, the racecourse sent them off to leave Pelican and the Indians to port before heading east to leave Peter Island to port.

It was anyone’s race as they made their way upwind between Norman and Peter Island but as conditions got a little rougher by Carrot Rock, Ting Too was able to stretch ahead, those extra few feet of boat length helping them through the choppy conditions.

From there, there was no looking back as Ting Too, with Chris Haycraft at the helm, came around the east end of Peter Island, popped the spinnaker and charged back down the channel to the finish.

Crossing the finish line at 11:48:26 was enough for the overall win for Ting Too. Whoop Whoop came in second and The Flying Pig third and there were no changes to the order after applying the CSA Ratings calculation.

According to the race committee, the decision was made not to start a second race as the wind was steadily decreasing through the afternoon “but there is no doubt that fun was had by all!

“Thank you to Latitude 18 for sponsoring the event and providing such awesome prizes. Thank you to Race Officer Don Makowiecki and everyone who came out to race.” 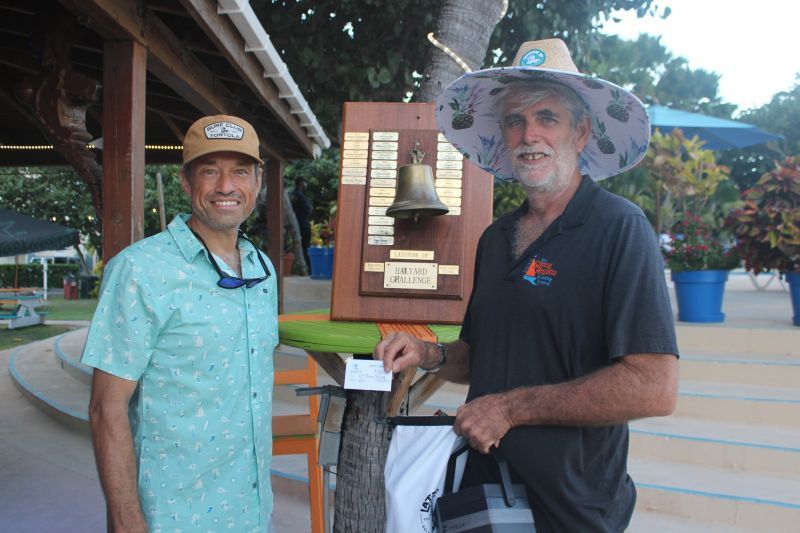