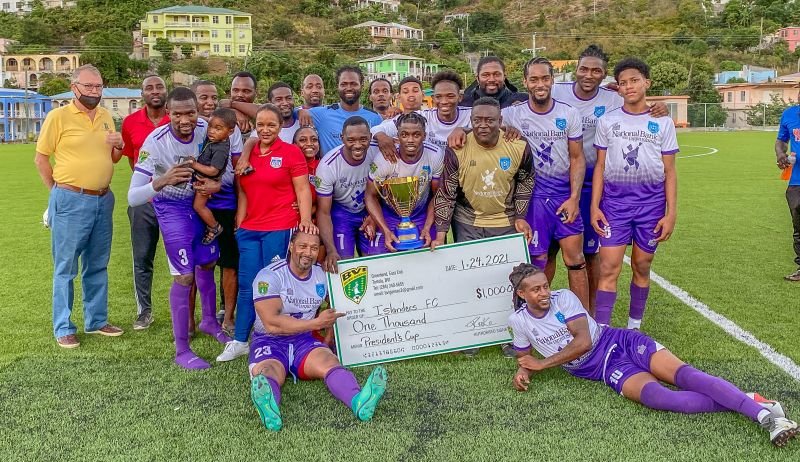 The Islanders FC completed a domestic double on Sunday, January 24, 2021, when they slid past archrivals and the 2020 Festival Cup Champions, Sugar Boys FC, 2-0, to lift the Presidents Cup at the football stadium in East End.

Usually, when these two sides meet, the game is tense and tightly contested. This Final was no different as each team probed for the breakthrough against resolute defenses and tough tackling midfields.

The Islanders FC and Sugar Boys FC engaged in a tough tussle on Sunday, January 24, 2021, in the Presidents Cup Final at the football stadium in East End, Tortola.

The longer a game goes on though, when you are playing the habitual champion side and you are not able to gain advantage through goal scoring, the more likely, history has shown, the Islanders are to wear you down and snaffle a victory.

And this is exactly how it went on Sunday as a game that was in deadlock until the 74th minute was suddenly blown wide open by Rohan Lennon.

Karu Charles broke down the right-hand side, evaded two challenges and played the perfect ball into the path of Lennon, who made no mistake shooting home with power and accuracy.

The destiny of the Cup was sealed when Lennon was quickest to react to a Montgomery Butler goal kick in the 81st minute, dribbling around the last defender and wrapping up victory with a thumping strike. 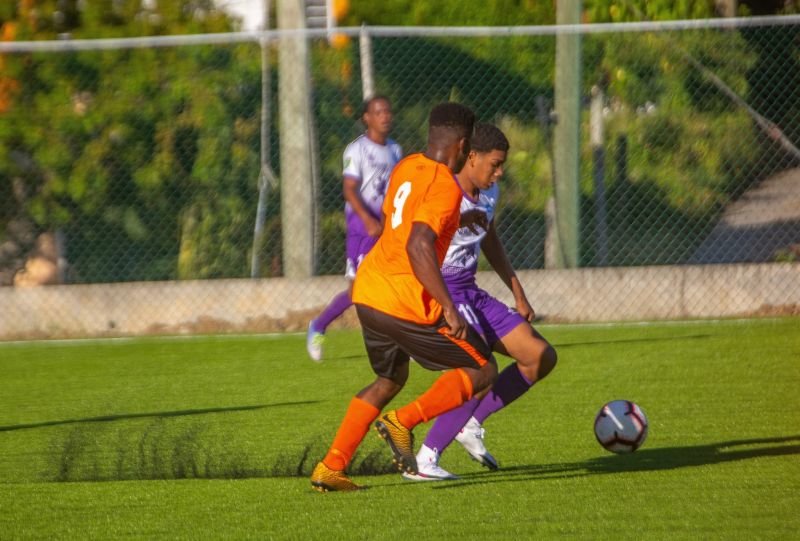 Action in the game between Islanders FC and Sugar Boys FC on Sunday, January 24, 2021.

“The game was a great advertisement for the quality of football now being played,” noted BVIFA President, Mr Andrew D. Bickerton aka ‘Andy’.

“A good crowd enjoyed a very tight game which was decided by the introduction of Islanders veteran striker “Chi-Chi” Lennon with 2 opportunist goals in 5 minutes. Both teams should be congratulated a fitting finale to the season.”

Islanders Captain Ranalie Cains commented: “It was great to win, regain the Trophy from the Sugar Boys and show them that we are the real Champions.”