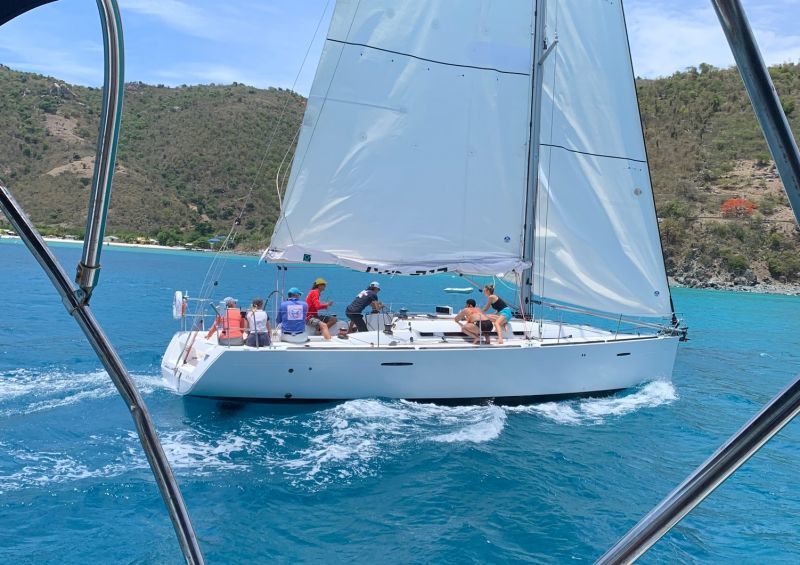 In near perfect conditions with 15/19 knots of breeze, Libertas set a great pace and completed the circumnavigation of Jost van Dyke, starting from Great Harbour, in 1 hour 48 minutes.

Placing second in the event organised by the West End Yacht Club in memory of David Cooper, a past Commodore of the Club, was Jera skippered by Robin Pinfold.

Finishing third at Great Harbour was Tern, which was captained by the experienced Robin U. Tattersall.

The 46th Annual Foxy’s Wooden Boat Regatta was not without drama.

According to the West End Yacht Club, on adjusted time the boats were only seconds apart and in truth, the outcome was open to debate as the race committee was momentarily distracted handling distress calls from the Tortola sloop, Youth Instructor, which had rounded up in a gust on the Southside of Jost, hit a rock and, not for the first time in its life, subsequently sunk. 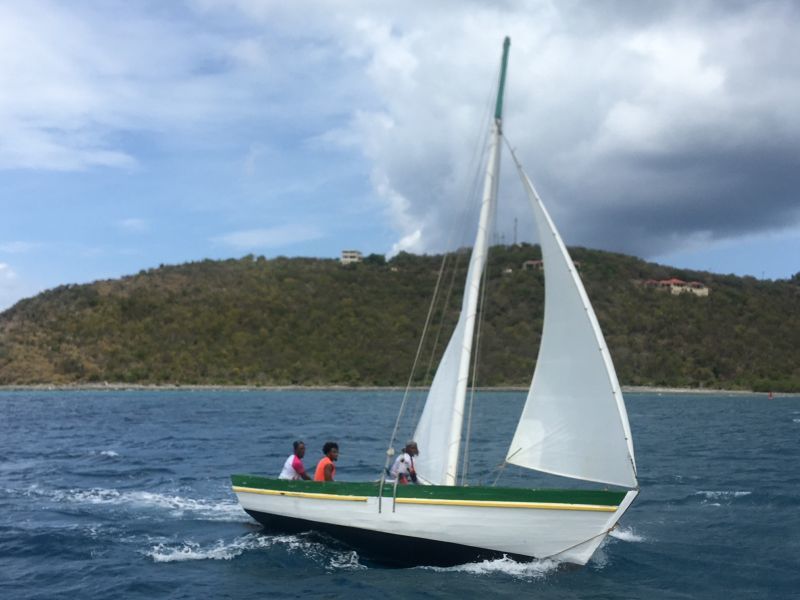 Tortola sloop, Youth Instructor, which had rounded up in a gust on the South side of Jost, hit a rock and, not for the first time in its life, subsequently sunk.

The regatta was established in the very earliest days of the club and historically included many of the magnificent wooden boats that in those days graced the Caribbean.

This year, the only truly wooden boat was Youth Instructor, a Tortola Sloop skippered by Fiyah.

Virgin Islands Search and Rescue (VISAR) and Husky Salvage were called and others including a Marine Police vessel, which happened to be in the neighbourhood, rushed to assist. Fortunately, no one was hurt and before the day was out the sloop was raised by Husky and towed back to Great Harbour.

According to the West End Yacht Club, sponsors were “very generous” and over $700 in prizes were distributed to winners. 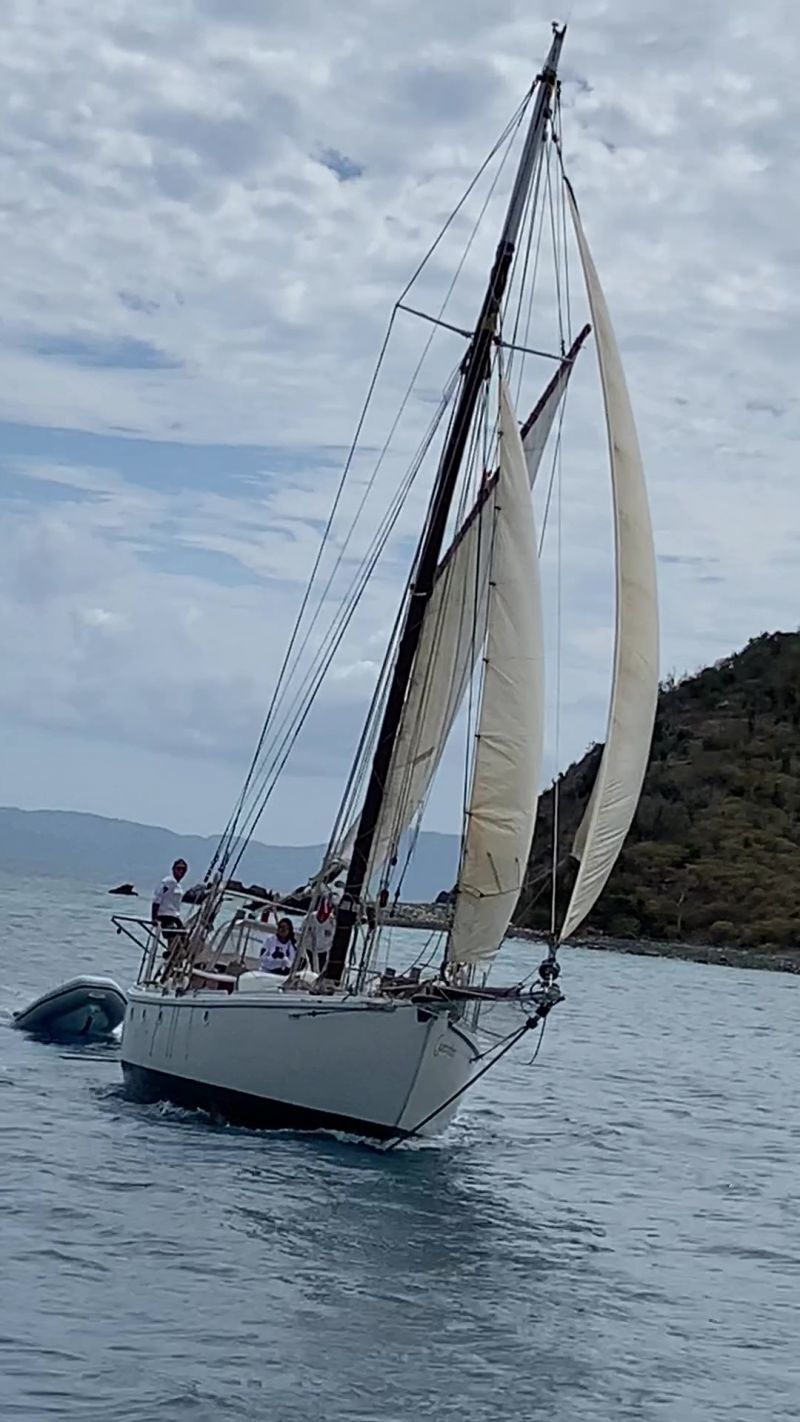 West End Yacht Club was founded in 1978 by sailors who frequented Soper’s Hole and has since adopted Omar’s Fusion there as its clubhouse. To keep sailboat racing alive in the VI it organizes six races throughout the year and uses any funds raised to encourage youth sailing and other related worthy causes.

Some of the races they organize are the Wooden Boat, Foxy’s Catfight, the Firecracker 500, Sweethearts, Gustav Wilmerding, the North Sound Boxing Day regatta, and the three-day Dark & Stormy to Anegada.