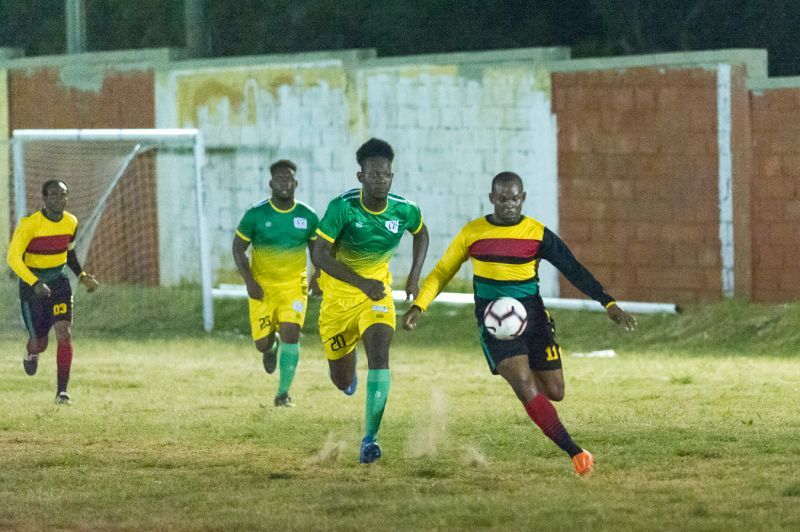 Lion Heart FC continued their unbeaten run in the BVI Football Federation (BVIFA) National League and stayed top with a 2-0 victory against VG United on the Virgin Gorda Recreation on Sunday, November 28, 2021.

Ahead of the game, Coach Jeffrey Demming was a little worried about VG United being youthful, fitter and having a home crowd behind them, so he came up with what turned out to be a successful game plan.

“I knew it would be a very fast paced game and that, with the home crowd urging them on, VG would come out fast. So, I told my players to take it easy, just play football, use the spaces out wide and try slow the game down, a plan they executed to perfection.”

The opening goal came in the 27th minute via Daveian Barnum and Akele Campbell doubled the advantage, securing all 3 points in the 59th minute.

“It was a very good game,” beamed Demming.

Sugar Boys FC stayed in touch at the top of the standings with a 3-1 victory against Panthers FC at East End/Long Look, courtesy of two goals from McGraw Baptiste, who scored in the 26th minute from the penalty spot and in the 78th minute, as well as Derol Redhead in the 41st minute.

Louisnel Timothe had given the Panthers a glimmer of hope with a goal in the 63rd minute, but the home side would be denied.

8-goal thriller between Wolues & One Caribbean

Also, at East End/Long Look, One Caribbean FC and Wolues FC produced an 8-goal thriller, eventually won by the boys in blue, 5-3.

“After defeat in our last game we knew we had to win to get back into contention in the league and were determined to start quickly, which we did with 2 early goals,” commented Phil Nelson, the Wolues midfield general.

“One Caribbean kept coming back with some good goals but each time we found the right response and were pleased to get the win against a good young team,” Nelson Added.

Those all-important early goals came from Nelson in just the 2nd minute and Ian Chambers in the 4th before Kelvin Glasgow made it 2-1 in the 10th minute. Carlos Septus levelled the game at 2-2 in the 28th minute, but Calum McCarthy put Wolues back in front in the 34th minute and then Johari Lacey made it 3-3 in the 46th.

The Wolues though ultimately came out on top as Nelson scored his second of the game in the 65th minute and Paul Edwards put some icing on the cake with an 88th minute strike.

The Islanders FC occupy third place, above Wolues on goal difference after a 2-0 victory against the Rebels FC on the Virgin Gorda Recreation Ground, with both goals going down as own goals.

“We started off a bit scrappy but in the second half we regrouped and started stringing some passes together. Fortunately, after missing a lot of chances, we won the game by two own goals!” 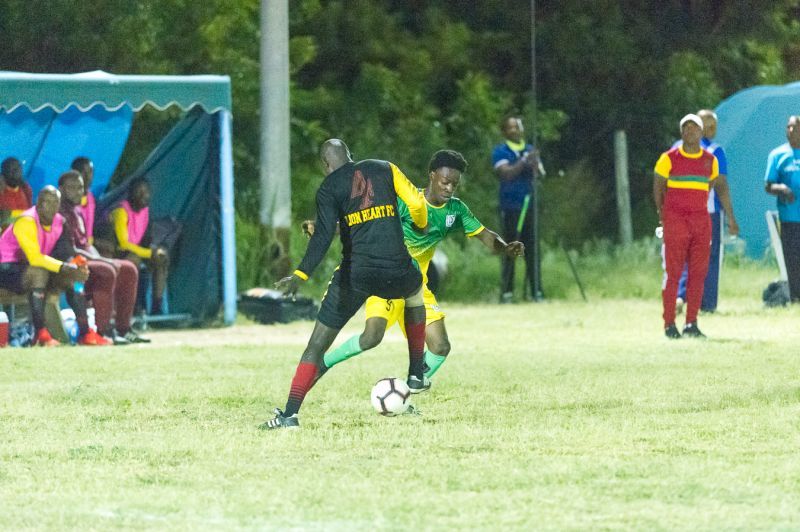 Lion Heart and VG United in action in the BVIFA National League at the Virgin Gorda Recreation Ground on November 28, 2021. 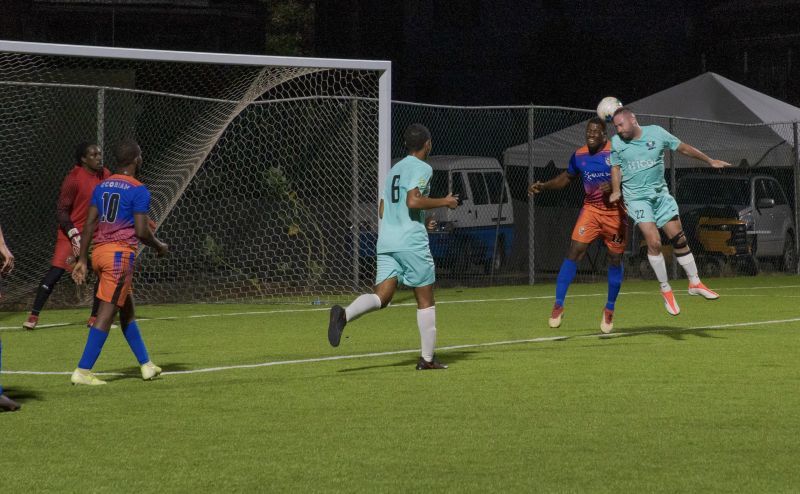 Wolues goal scorer Ian Chambers reaches for a header against One Caribbean on November 28, 2021. 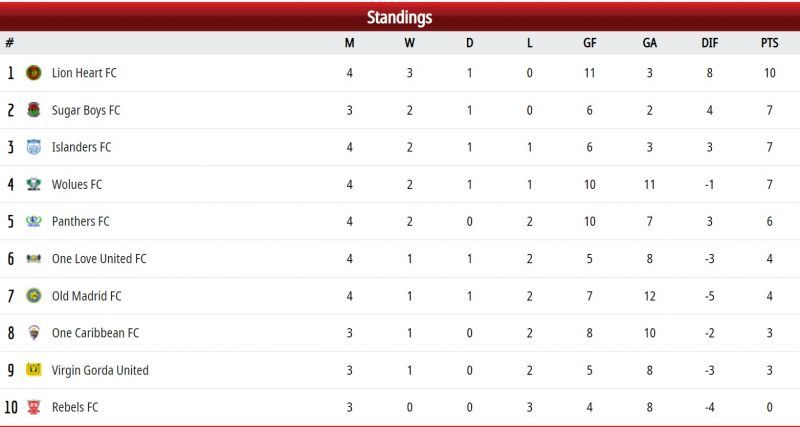