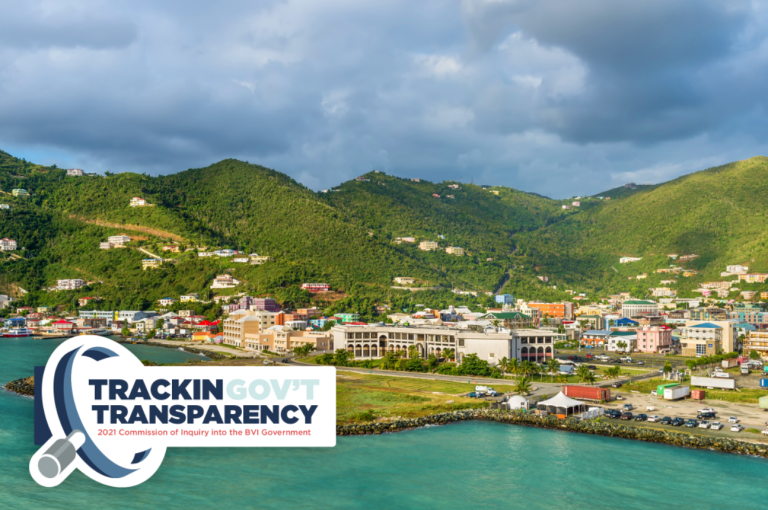 Head of the Commission of Inquiry (COI), Sir Gary Hickinbottom intends to have the next stage of the Inquiry’s hearings live streamed.

This was the indication given in a COI statement issued on Monday afternoon, May 17.

This next stage of hearings will commence shortly after May 31 when the government remedies what the COI termed as “deficiencies in disclosure” of documents to the Commissioner.

The Commission said it had sent letters of request to mainly Ministers and other public officials to make “voluntary disclosure to the COI”.

“The disclosure made following those requests, although purportedly full, appeared incomplete; and, after five days of hearings at which the Commissioner took evidence from a number of summonsed witnesses, it was clear that the disclosure made was substantially incomplete and in poor order. The COI has written to the Attorney General with a view to remedying these deficiencies promptly, so that the Inquiry may be efficiently progressed,” the COI said.

“Additionally, to facilitate the next stage of the COI, the Commissioner is anxious to understand the views of the Ministers and Members of the House of Assembly on governance. They have made no representations to him to date. He has, therefore, through their legal representatives, written to the Ministers, Members of the House and the Attorney General asking them to set out their position on governance by reference to a series of questions.”

Legislators have been ordered to produce these documents by month-end. According to the COI, the documents were requested previously.

Who has and will appear in COI hearings

The COI already held a series of hearings over the last two weeks. It said the primary focus of these hearings has been “the production of information and documents”.

The Commission said there are further such hearings this week.

Two transcripts have been published on the COI website and more will follow in the coming week.

“It is the Commissioner’s wish that each hearing is made public to the fullest possible extent. He has provided the Attorney General with an opportunity to make submissions on whether she considers it necessary to black out (redact) any parts of each transcript before it is made publicly available. Once the Commissioner has received those submissions, he will publish the transcript with any redactions he considers necessary. The Commissioner is resolved to publish the transcripts as soon as possible after each hearing,” the COI has said.

It added: “In the next stage of the hearings, issues of privilege etc and redaction should not arise; and it is the Commissioner’s intention that all hearings will be live streamed.”

Below is a schedule of COI hearings (not live streamed) for the month of May. 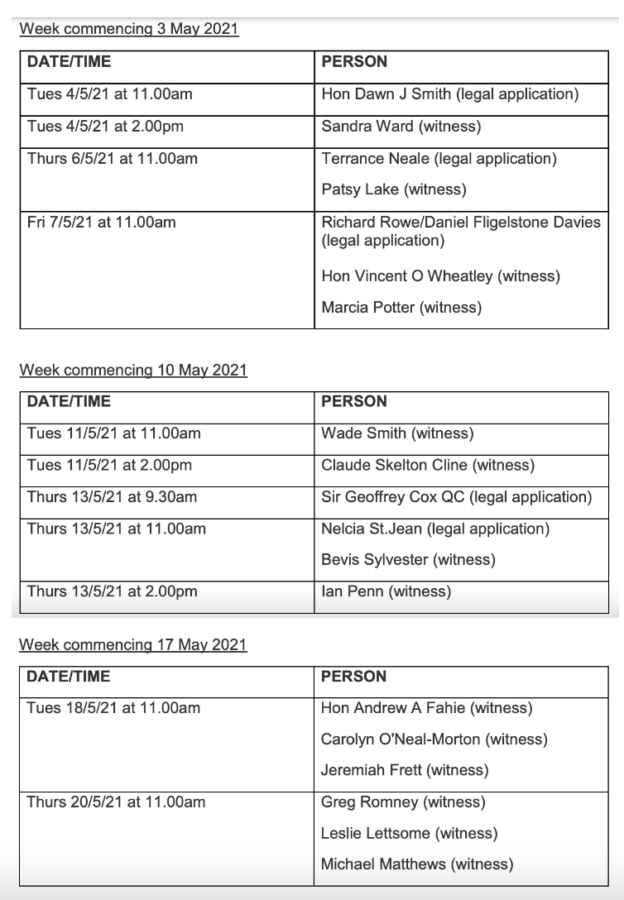 Schedule of COI hearings for May 2021