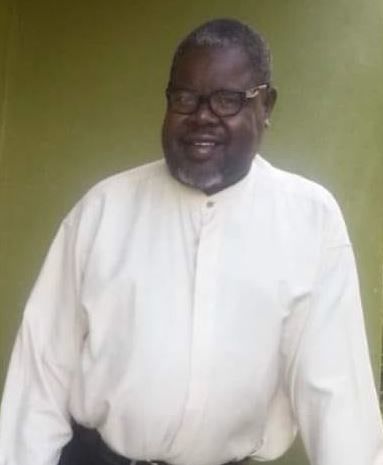 Local basketball legend Mr Kennie Thomas aka ‘Funny’ has died. He was 56, having been born on July 9, 1965.

Mr Thomas, who passed away on Saturday, June 5, 2022, at Dr D. Orlando Smith Hospital, was a civil servant and worked at HM Customs Department before retiring a few years ago.

The Virgin Islander is survived by a wife and two children.

Mr Thomas was well known for his basketball talent, having played for many teams including Gunners and East Rockers. Mr Thomas also won many championships in his days and his basketball skills saw him being awarded a scholarship to Laurinburg Institute in North Carolina in 1985.

The late Mr Thomas also played volleyball and represented the territory on the National team.

He was also known for his friendship with the lead singer Trevor Nicholas Friday, ‘Daddy Friday’ (now deceased) of the United States Virgin Islands Jam Band.

According to reports reaching our newsroom, Mr Thomas took ill over 12 years ago and had to require dialysis, but was always in good spirits. He had also given his life to the Lord and Savior Jesus Christ, according to family members, and he always encouraged whoever he met to do the same.

The management and staff of Virgin Islands News Online express sincere condolences to the family and friends of the late Kennie Thomas aka 'Funny'.