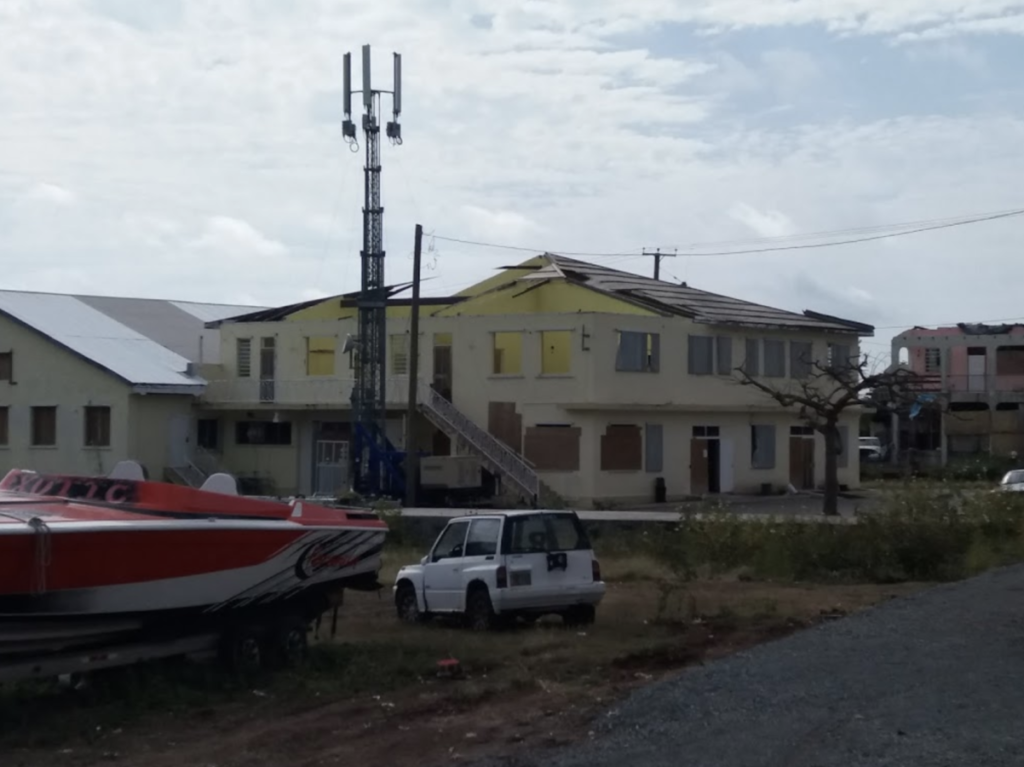 Like many other buildings in the BVI, the East End/Long Look Community Centre received extensive damage following the devastating hurricanes Irma and Maria which struck in 2017.
Residents of the community have now been promised a speedy return to normalcy at the centre with the signing of a $299,853.37 contract yesterday, May 10 for repair and rehabilitation works on the building.

Zane Potter Construction Company outbid seven other companies in securing the contract for the project which went out for bids in August 2020.

Premier Andrew Fahie highlighted the importance of centres such as these which host positive activities in the communities and said repairs to the various other community centres were expected to be spread out over the nine districts.

“I know that it has to bring some pride and joy in the East End Long Look Community to know that someone from the community was triumphant in winning the contract to repair it,” Fahie said.

He noted that there is a difference when someone from a community is able to repair something in their own community.

He highlighted the COVID-19 pandemic as one of the causes for the delay in executing the start of the project.

Opposition Leader Marlon Penn commended government for committing the resources necessary for getting the project off the ground and said communities need these types of social and community spaces.

Meanwhile, At-Large Representative Neville Smith suggested the building be renamed in honour of Ifield ‘Spike’ Lettsome, who was credited as being responsible for the original construction.

The project is expected to commence in June 2021 and be completed within four months.

The scope of works of the project includes the installation of windows and doors; electrical, plumbing, kitchen and bathroom repairs in addition to millwork and painting.
#COVID-19  #Covid  #Fahie