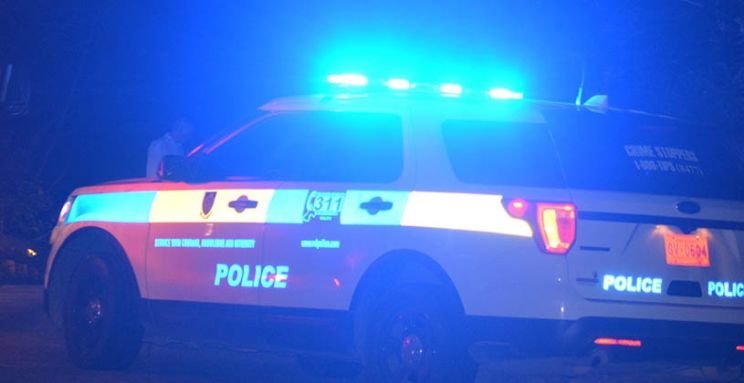 Long Trench resident Irvin Anthony Smith, who reportedly called a female auxiliary officer a ‘fat bitch’ and hurled other indecent slurs at her, was fined nearly $4,000 when he appeared virtually before the Magistrate’s Court on Monday, September 7, 2020.

More about the matter

The offences occurred on December 13, 2017, months after Hurricane Irma smashed the Territory.

The officer in question, Tishema Smith, who testified before the court on Wednesday, October 2, 2019, said she was conducting a routine traffic stop when she noticed the defendant’s jeep with an invalid registration sticker.

After signalling him to stop, the accused reportedly told her “Ayo doh just see what happened?” referring to the recent passage of Hurricanes Irma and Maria.

“Ayo just full of f***. It don't have a grace period?” the defendant reportedly said.

He also allegedly called her a ‘stinking fat bitch’ and asked her to return his driver’s license and continued to be disrespectful despite warnings for him to stop.

The accused was subsequently placed under arrest, and that’s when things got ‘messy’.

The officer said when her male colleague told the defendant that he was being arrested, he allegedly resisted.

He reportedly questioned the reason for his arrest and said, “Who arresting me? You? You gonna need help.”

Smith said the defendant had pinned her colleague to the ground, and that was when she used pepper spray to subdue him.

Smith testified that during the altercation, her colleague officer struck the defendant on his leg and forehead, which inflicted a wound.

Following the scuffle, the defendant reportedly cried out to onlookers that he was being brutalised by the law enforcement officers.

Attorney Carmelita Jameison, who represented the accused during the proceedings, implored the court to tender justice with mercy and if fines were to be implemented, let them not be the maximum.

She disclosed that the small scale farmer was the main provider for his family, and with the Coronavirus, it was challenging for him.

She also pointed out that he had no previous run-ins with the law.

Magistrate Ayanna O. Baptiste-DaBreo fined Smith $2,000 for criminal damage. He is facing four months at Her Majesty’s Prison if he does not pay.

He was fined $500 for the offence of indecent language, and he is facing up to 30 days in prison if he does not pay.

For resisting arrest, a fine of $500 was given to him or in default he would spend 30 days in prison for failure to pay the fine.

He also had traffic offences.

Smith was fined $500 for driving an uninsured vehicle, and this carries a 30-day term of imprisonment if he does not pay.

The final fine, of $100, was slapped on him for driving an unlicensed vehicle. He is facing four days imprisonment for non-payment.

He is expected to reappear before the court on January 14, 2021, for reporting purposes.