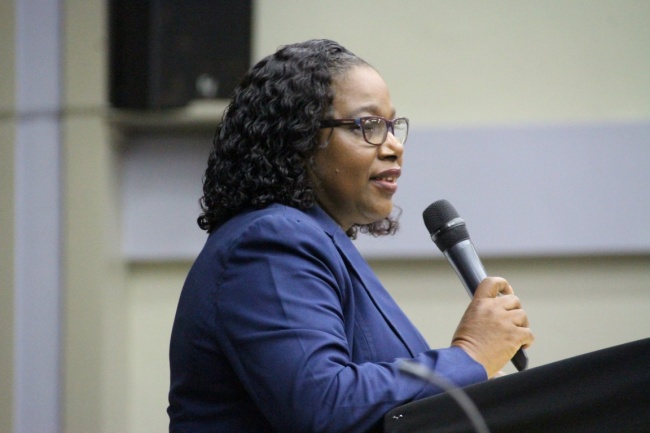 Characterising the situation as ‘abuse’, Sixth District Representative Alvera Maduro-Caines has lambasted employers who are terminating their unvaccinated workers.

“That’s what I want to talk about now – abuse of power, abusing people’s willingness to work, abusing people in the name of precaution,” Maduro-Caines said in the House of Assembly last week.

She appealed to employers and said she believed the act of sending home workers who had not been vaccinated against COVID-19 was ‘evil and cold-hearted’.

The legislator argued that this was particularly so in the context of the knowledge that both vaccinated and unvaccinated persons can contract and spread the COVID-19 virus.

The government legislator said while she was not arguing that vaccines did not give better support to those who contract COVID-19, she insisted that it was unacceptable to violate one’s human right to choose what is best for their body.

She pointed out the case of two pregnant staff members who were dismissed from an unnamed establishment because they were unvaccinated.

“They are not eligible for Social Security [benefits] because enough contributions were not paid into the system. I ask, what are they to do now?” she questioned.

Maduro-Caines further argued that some employers are using the lack of vaccination as a call to action to get rid of some of their employees.

Other employers, she said, are using the vaccine-related dismissals to cover up the fact that they are actually downsizing their business.

The practice of terminating unvaccinated employees has also been adopted by Pussers – a popular tourist outlet that was recently acquired by fellow legislator and Fourth District Representative, Mark Vanterpool.

In a letter seen by BVI News, staff at the establishment were advised of a new policy that took effective July 3, wherein all unvaccinated staff were removed from the work schedule until further notice.

The letter further stated: “Mr Vanterpool has agreed to pay all unvaccinated salaried workers: For now, the same amount of time as you were working before the vaccination policy was introduced.”

The letter to staff ended by imploring those who could get vaccinated to do so if they can as this is another layer of protection against COVID-19.

Meanwhile, Maduro-Caines said persons who are dismissed tend to seek out assistance from legislators in order to survive.

She said the practice was unsustainable and warned that government could not continue to support persons in this manner.

“The government cannot continue to carry that load. It’s created by employers’ callous and insensitive action. We as a government will topple if we don’t be careful,” she said.