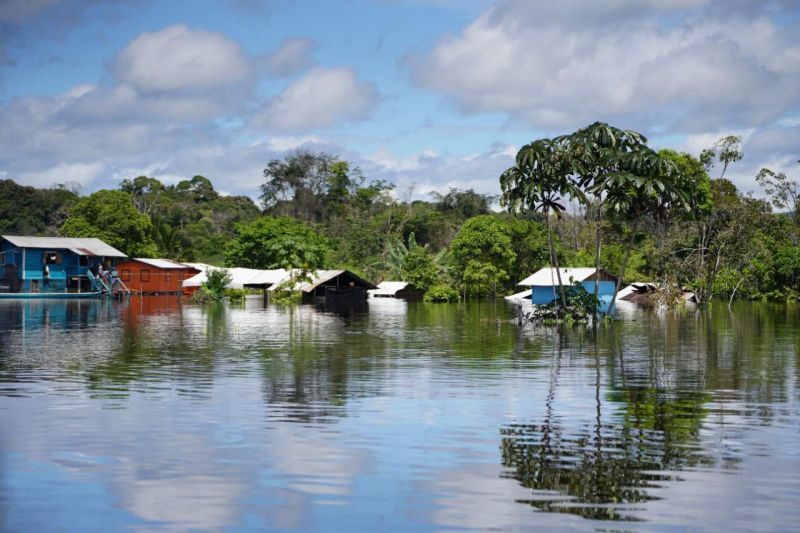 Guyana's President Irfaan Ali said that the flooding currently occurring across Guyana is one of the worst disasters the country has ever faced and projected that it will take some time for the country to recover once the situation has abated.
Ali made this statement at the opening ceremony of the Saipem Guyana Offshore Construction Facility on Water Street.

Having just returned from an outreach in Region Seven, the President stressed that it is clear that the countrywide flooding is one of the worst disasters that Guyana has faced in history.

He disclosed that he visited several communities in Region Seven and was saddened to hear persons report that their entire lives have been destroyed. “Everything they worked for is gone,” he said before adding that some flood victims reported losing all of their farms and livestock.

He then recounted a story told by a flood victim, who, according to Ali, in tears said that his avocado farm is destroyed so when the flooding passes there will be nothing for him and his 15-year-old son.

“It’s a very emotional time across our country. The scale of this disaster is misunderstood by those of us in Region four. We are lucky here because the Hope canal that was done, which is assisting tremendously. But I ask you—do not underestimate the scale of this disaster? This will take time to recover from. Mining camps are emptied. Infrastructure completely destroyed. Seeing it firsthand gives you the full extent of the gravity of the situation we are facing right now,” he said before adding that during a trip to Black Bush Polder it was frightening to see hundreds of livestock stranded or dead.

Ali went on to note that Guyana is at a tremendous risk from severe flooding considering that the coast is below sea-level and now with the change in weather patterns it is becoming clearer that the hinterland will not be spared. Despite this, he said, this is the environment in which Guyana has to be built and this shows that more effort should be made to secure the country against these negative factors and climate change.

He went on to say that while securing revenue for the future is important, it is more important to ensure that people alive now are not living in poverty and suffering with their farms destroyed and not having an immediate adaptation plan for climate change.

Ali revealed that he will personally be speaking with the poorest farmers across the country who have been affected by the flooding to assure them that they government will do whatever it can to assist to ensure that their lives return to some sense of normalcy and that the future is secured.