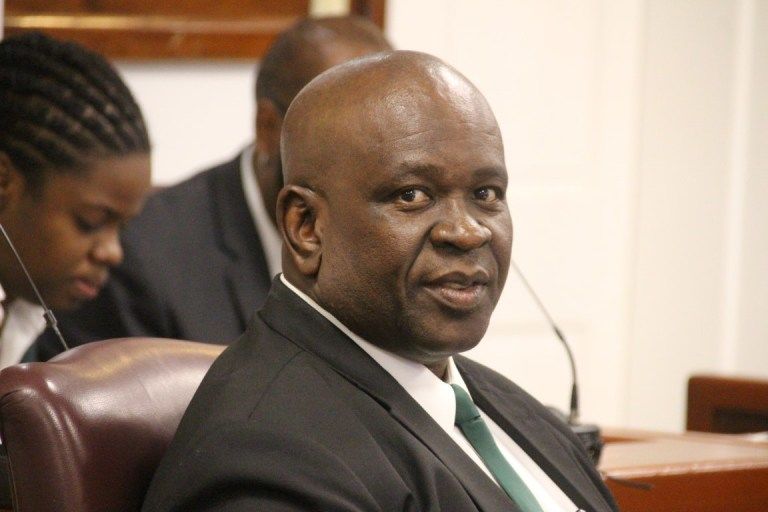 Calling his determent from discussing a document in the House of Assembly (HOA) a ‘dark day’, Territorial At-Large Representative Carvin Malone was again left to rue a missed opportunity to secure the much-debated but highly elusive Sir Geoffrey Cox report from Withers law firm.
Sir Geoffrey represented the government during the Commission of Inquiry (COI), but an expected report on the inquiry was reportedly delayed by the government because of its apparent prohibitive cost.

For months, Malone has made incessant pleas for the Unity Government to secure the Cox report and make it publicly available, arguing in large part that the report may likely offer an enlightening and much-needed alternative narrative to the Sir Gary Hickinbottom-issued COI report which was issued closely on the heels of former Premier Andrew Fahie’s Florida arrest in April.

But Premier Dr Natalio Wheatley has repeatedly indicated that procuring the Cox report may likely cost the territory upwards of $1 million and suggested that it was not on his government’s current list of priorities. Malone’s tireless campaign for the Cox report comes at a time when the BVI continues to wend its way through a myriad of 2017 hurricane recovery projects and other similarly urgent infrastructure undertakings.

In this most recent episode, the Opposition legislator was just breaking stride into a monologue about the importance of Sir Geoffrey’s report, when he was politely interrupted by House Speaker Corine George-Massicote and chided for being off-topic. Legislators were at the time actually debating a motion for the establishment a Special Select Committee to monitor the progress of COI and other reform legislation.

“I take it this motion is in respect to the constitution of the committee in respect of the reform of legislation. So, based on what you’re saying, it doesn’t seem like we’re on topic here,” the Speaker told Malone.

Malone in turn responded: “Well, based on what I’m saying, I think I’m very much on topic because [of] the charge given to this committee and the formation of it and after we reach here, I don’t think we’re coming back to see what their terms of reference will be. Would it?”

Meanwhile, Premier Wheatley offered some intervention on the matter, arguing that the terms of reference according to the resolution, is to ensure continuous follow-up by the House of Assembly on reform legislation pursuant to the framework for implementation of the recommendations of the Commission of Inquiry Report and other reforms.

Dr Wheatley further noted that there will be no need for legislators to return to discuss any other details, but rather it will just be a matter of the committee doing its work.

“This resolution is on the establishment of this reform committee,” the Premier added, “and I certainly don’t see where some of the issues like Geoffrey Cox’s supposed report or any of that has anything to do with this debate.”

Malone, after once again being encouraged to stick to the topic, urged legislators that there were other areas of reform that were necessary to be discussed which may not have been included in any other report.