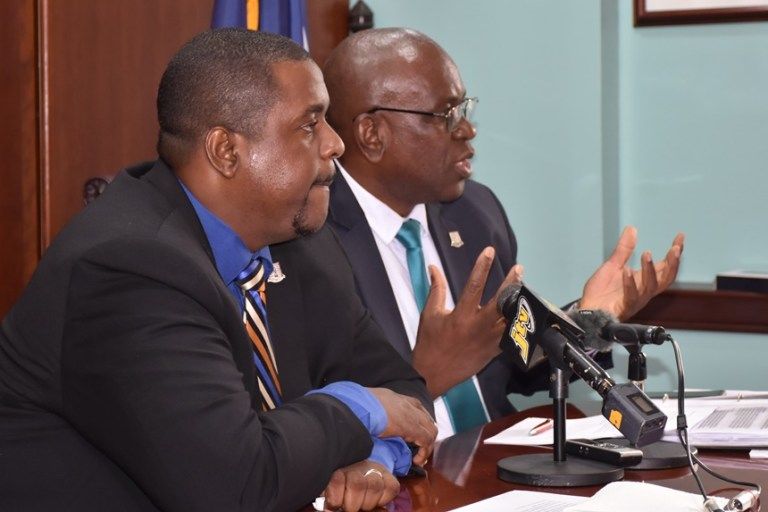 Malone claims closeness to Fahie led to his removal from Cabinet

Territorial At-Large Representative Carvin Malone said his closeness to the now-disgraced former Premier Andrew Fahie caused him to be removed from the Cabinet following Fahie’s detention in Florida on drug trafficking and money laundering charges earlier this year.
For months, the former Health Minister had suggested that his contrasting views to the Virgin Islands Party leadership led to him crossing the floor to join the opposition benches of the House of Assembly (HOA).

But while speaking on the Talking Points show yesterday, October 17, Malone offered a completely new narrative and more insight into the behind-the-scenes wrangling that took place as leadership changes were being wrung in the wake of Fahie’s arrest.

The former Health Minister, who declined to characterise his ouster as a betrayal, revealed that the decision about his removal was conveyed to him after party leaders met with UK Overseas Territories Minister Amanda Milling and Governor John Rankin.

He reminded persons that the then-Opposition proposed that a unity government be formed in order to avert the bombshell Commission of Inquiry (COI) report’s recommendation for a suspension of the BVI’s constitution.

Malone further revealed that the then-Opposition demanded three leadership positions out of the five available Cabinet posts – one for each head of the political parties. After Fahie’s arrest, one Cabinet post was left open and two more posts needed to be vacated in order to accommodate the Opposition members’ demands.

According to the At-Large Representative, the reason that the now Opposition Leader Julian Fraser was not given a ministerial portfolio under this new coalition government was because he was named in the COI report. “So no one that’s named in the report should be in Cabinet so he chose to stay in the Opposition as opposed to coming over like Honourable [Mark] Vanterpool,” Malone said.

Malone said that former Labour Minister Vincent Wheatley was also allegedly named in the COI report for “some land deal”, therefore he too was considered “not best to come into the particular Cabinet”.

“And for Honourable Malone, well, what sin have I?” the former Health Minister asked rhetorically. “You were too close to Honourable Fahie.”

Malone further claimed that what transpired following Fahie’s arrest was set in motion from as far back as January 2022 when the COI had wrapped up its hearings.
#Commission of Inquiry  #the Virgin Islands  #John Rankin  #Fahie  #CoI