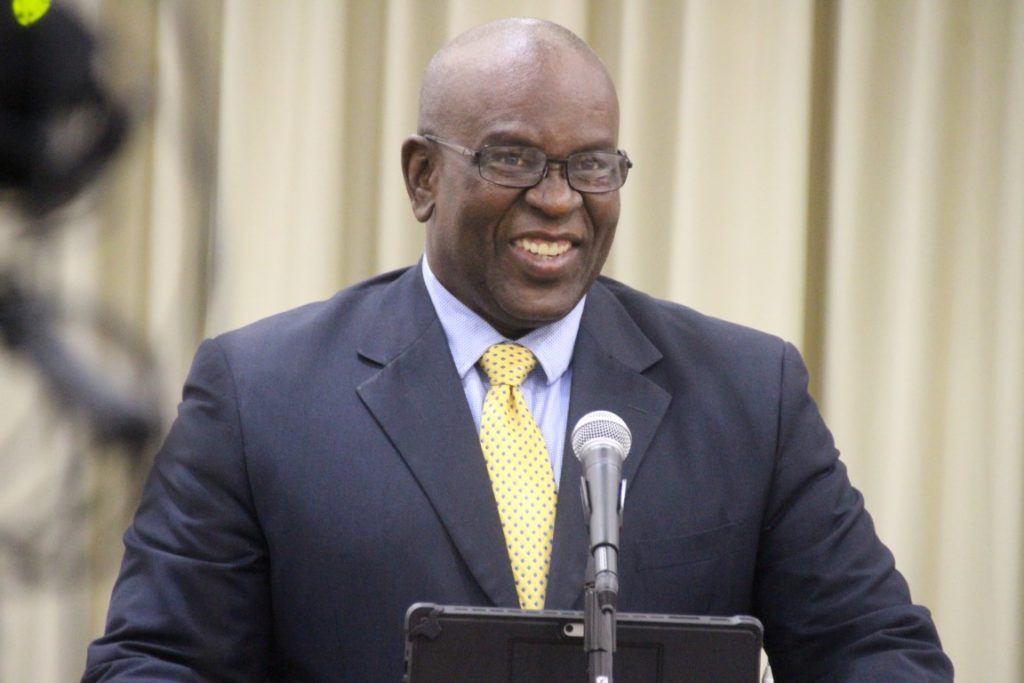 After receiving some amount of public backlash, Health Minister Carvin Malone has dismissed as “fake news” a BVI News report that Cabinet will consider whether mandatory vaccination should be implemented locally.
Malone had given indications about plans to make those considerations while he was speaking on his government’s Let’s Talk radio programme Tuesday night, May 4.

At the time he said: “I got a WhatsApp asking me what is our position as it relates to whether or not employees or people with work permits would be forced to take the vaccine.”

“In many jurisdictions, they have now mandated that if you are now on a work permit system, you must be able to do this. I guess primarily because the healthcare system is being strained in a number of jurisdictions,” he premised.

Following a brief interruption from persons who called in to the talk show, Malone then continued: “In terms of the questions asked in terms of the employees and the work permit holders, it is a subject that Cabinet would have to explore, examine.”

And while elaborating on the subject, the minister further said:” I would suspect that Cabinet will be looking at that at its very first entrance. But we also have to look around the world — those of us who are residing here. We must protect the entire economy.”

But when our news centre reported on his statements with the headline ‘About-turn? Cabinet to now consider mandatory vaccination‘, the first-term legislator back-pedalled and further accused BVI News of being irresponsible.

“Nowhere in the story is the headline supported by facts. Mandatory vaccination is NOT being considered by Cabinet for any segment of our population,” he stated while further encouraging eligible persons to get vaccinated.

He then began to circulate a screenshot of the story bearing the BVI News logo. And stamped across the image in big, red, uppercase letters were the words ‘FAKE NEWS’.

According to the BBC, the term ‘fake news’ evolved in mid-2016 from a description of a social media phenomenon about fictitious events, into a “journalistic cliche and an angry political slur”.

Below is an audio of the Malone’s May 4, 2021 statements about whether “people with work permits would be forced to take the vaccine”.
#vaccine