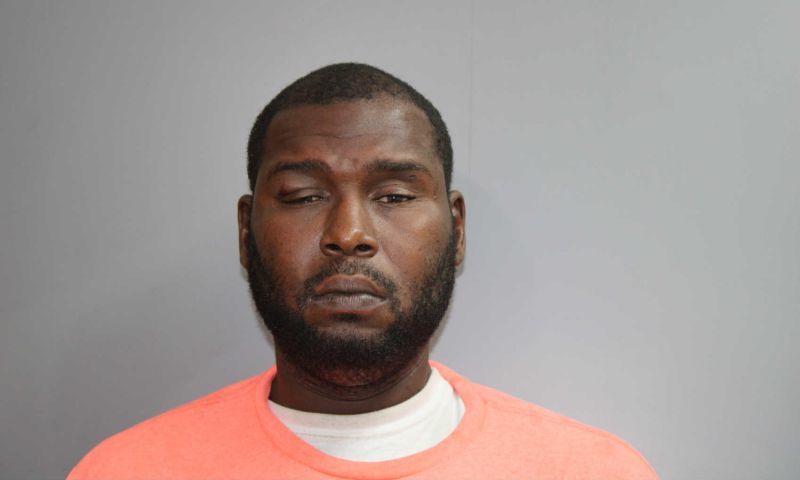 Charges have been laid against a man accused of attacking his ex-girlfriend’s friend. Rasheem Edwards was arrested on Thursday and charged with disturbance of the peace by threats and simple assault and battery.
The charges stem from an incident which took place in Rattan on the afternoon of August 9th. The complainant told police that she had arrived home and parked her car in front of her gate. She explained that she stepped out to take her kids inside while her friend remained in the car.

According to the woman, she was inside having a conversation with a relative when her minor son came to tell her that there was a fight near her car.

She ran outside to see what was going on, at which point she saw her ex-boyfriend Rasheem Edwards punching her friend who was in the passenger seat. She began pleading with Edwards to stop but he ignored her and instead threatened to stab her and her friend while trying to open his bag slung across his body.

The woman told police that she was concerned for her friend’s safety and began to pull Edwards away. She recounted that Edwards began creating a disturbance with her in the presence of her relative and children. During the disturbance, he allegedly threatened to kill her.

According to the woman, Edwards took off after she told him that she was calling the police. She expressed to police that she was afraid and that Edwards has a tendency to be "very violent" when things don’t go his way. She claimed that he also calls her relative’s house and leaves messages laced with derogatory words and threats.

Police also interviewed the victim’s friend who was observed with torn clothes. He told police that he was sitting in the car with his seat propped backwards when he felt a sudden blow to the right side of his face. He then realized that an unknown man was striking him in the face with his fist. He explained that he was unable to defend himself because of the position he was in.

He told police that his attacker became more irate when the woman came out and tried to pull him away from the car. The victim recounted that the man had threatened to kill both him and the woman.

When police contacted Edwards by phone he denied ever being at the location on the date and time in question. However, he reportedly told police that no one, including law enforcement or judges can stop him from going to the victim because he must deal with her for how she treated him. According to police, Edwards became irate and hung up his phone.

An All Points Bulletin was later placed on Edwards in reference to a separate case. Police made contact with him in the vicinity of his home in Castle Coakley on Thursday afternoon and he was placed under arrest.

Edwards appeared for an advisement hearing on Friday and it was revealed that he has a criminal record which includes one misdemeanor and two felony convictions. His bail was set at $1,000 and the judge explained that he must post the full amount in order to be released.

As a condition of his release, Edwards must provide the court with a suitable third-party custodian. He has been prohibited from going to the premises where his ex-girlfriend resides and must maintain a minimum distance of 1,000 feet from her and her friend at all times. He has also been ordered not to have any direct or indirect contact with either of the victims in this matter.