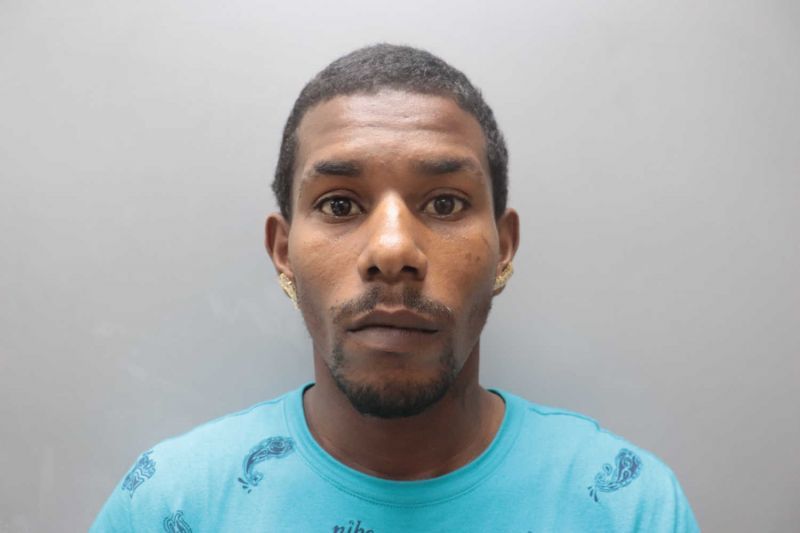 Man in USVI arrested after allegedly assaulting mother of his child

Bail has been set for a man accused of assaulting the mother of his child on St Thomas, US Virgin Islands (USVI).
Alickson Bernard was recently arrested on charges of first-degree assault, simple assault and grand larceny.

The arrest follows a report from his son’s mother who stated that on September 3, 2022, Bernard repeatedly called her sister’s phone, harassing her to tell the complainant to come to his residence to pick up her belongings. The alleged victim stated that she then unblocked Bernard’s number and called him to say that she was not driving and that he could drop off her things at her front gate and she would get it from there.

According to the probable cause fact sheet, Bernard dropped off a duffel bag and a pillow case containing her things and apparently drove off. She said she saw when Bernard reversed the vehicle and thought he had left the area. The alleged victim then walked to her electric gate, opened it and saw Bernard waiting on the outside. He then allegedly punched her in the right eye and began tugging on a Gucci hand chain belonging to her friend, which she was wearing on her right wrist.

Bernard eventually walked back to his vehicle with the chain and fled the area, stating that the owner of the chain owed him money. The alleged victim made contact with her friend who said the chain was valued at $650.

In court on Tuesday, the judge ruled that prior to his release on bail of $1000, Bernard would need to provide a proper form of ID and that if he could not provide one by September 9th, he would need to make an affirmation to confirm that he was, in fact, Alickson Bernard. Bernard claimed that he had no form of ID on his person when police made contact with him.

Bernard must stay 50 feet away from the complainant at all times. He is to report to the Office of Probation twice a week. He is also prohibited from using alcohol.