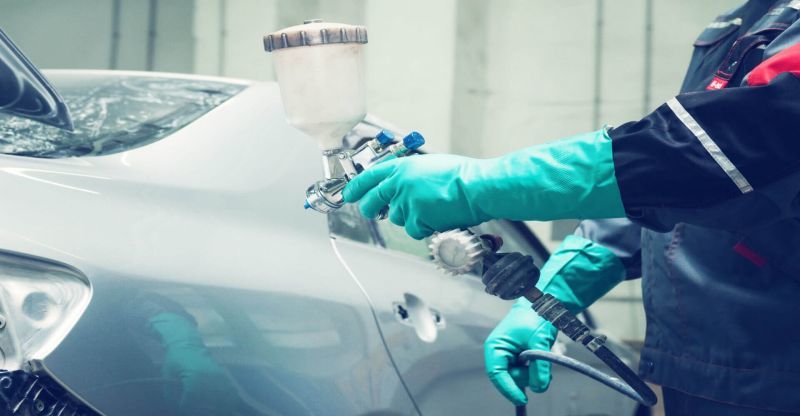 A man, who was said to be unhappy with the paint job done on his vehicle, allegedly grabbed the collar of the spray painter and told him to get the job done properly before also grabbing the shirt collar of another man and demanded money to repair his vehicle.

According to reports reaching our newsroom, both incidents allegedly occurred on Friday, August 27, 2021.

In the first incident, the man reportedly became upset when he was told that he needed to pay more money if he wanted more paint work done on other areas of his vehicle.

The man, allegedly in a fit of rage, grabbed the spray painter by his collar and told him to fix his vehicle properly.

The spray painter’s shirt was allegedly torn in the process.

Our newsroom was further informed by sources close to the matter that the man then approached the person who had promised to repair his vehicle following an accident they were involved in.

The accused allegedly grabbed the other person by the collar and told him he wanted his money “today”.

Both matters were reported to police and, according to reports reaching our newsroom, the perpetrator was warned about Common Assault and Criminal Damage.