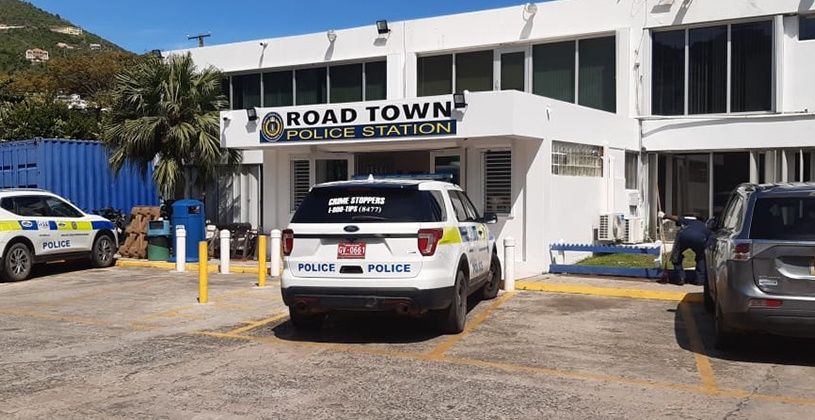 Man Wins $$ For False Imprisonment, Search Carried Out By Cops

A man who claims he was falsely imprisoned, unlawfully arrested, his property also unlawfully searched in 2019 by two police officers won a lawsuit against the Crown and is to be paid nearly $40,000 from the public’s coffer.
In the written judgement by High Court Master, Tamara Gill and published on the court’s website, Cardon Johnny, the claimant was legally represented by Attorney Jason Hamilton, and Crown Counsel Christopher Forde defended the Attorney General/Sergeant Donna Monsanto and Sergeant Collins Frazer.

Commenting on her judgement, Master Gill said in making an award in this case, she took into consideration the detention of Mr. Johnny "in view of his co-workers, the uncalled-for taking of Mr. Johnny to the police station after the documents retrieved from his residence confirmed that he had not stolen the vehicle under investigation, the period of seven and a half hours of detention, half of that time in handcuffs, the unsanitary conditions he had to endure in the cells, the neglect to provide food and drink to him even after he informed an officer of the need for him to eat on time to avoid a migraine headache, and the fact that he was released without being questioned, which undermines the need for his detention.”

On the morning of October 16, 2019, he was at International Motors at Fish Bay when he received a telephone call that there were police officers at his workplace looking for him. On his arrival at the shop at about 10:00 a.m, three police vehicles approached the shop.

Four police officers came out and addressed him including Sergeant Frazer, who said to him that they were looking for someone named Cardon Johnny, to which he identified himself as that person.

Detective Fraser informed him that he needed to search him and he instructed him to go against a nearby wall, which he did. A search of his pockets, and body was done as well as his mobile telephone without his consent.

Notably, he was not shown a warrant during the execution of the search.

In the meantime, court documents indicate that Sgt. Monsanto reportedly told the claimant that he was being arrested for auto theft, namely a Suzuki Grand Vitara, to which the claimant replied that he had no knowledge.

Despite his claims, he was handcuffed while the other police officers present conducted a search on the vehicles on the compound without permission.

The officers also took keys on a workbench and proceeded to search for records and at that point he was questioned about a Suzuki Grand Vitara he drove, however he informed them that he sold the vehicle a few days prior and they requested the paperwork for the transaction.

The search continued to his place of residence and after finding the documents which showed the ownership transfer, they concluded that it did not correspond with what they were in search of, but still, the officers opted to transport him to the police station for questioning.

Johnny was then uncuffed and placed inside an 'unsanitary cell' and was not given food or water from the time of his detention which was about 10 am to his release at 5.30 pm, notwithstanding him informing the officers that he would get migraines if he did not eat on time.

He was also never questioned by any officer of the Royal Virgin Islands Police Force, and was not charged with any offence pertaining to the investigation.

Following his release, Johnny sought medical attention at B&F Medical Complex for his swollen wrists resulting from the tightness of the handcuffs. As a result of the injuries to his wrists, he was unable to work for five days and sustained loss of earnings for that period, which he was now compensated for via the special damages order.