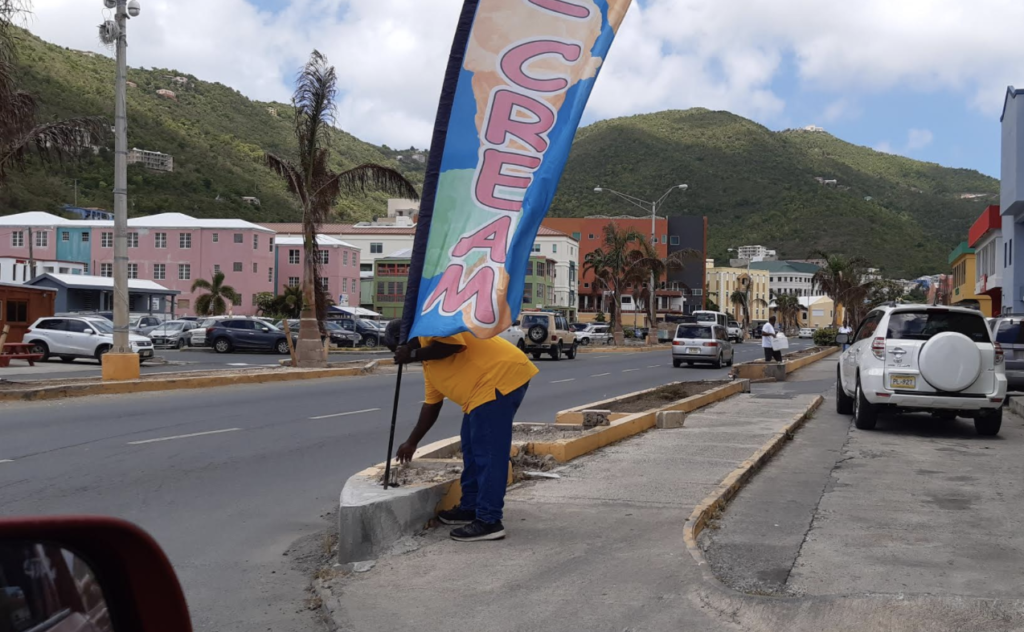 While remaining tight-lipped about the controversy surrounding his parlour’s sudden closure early last week, Hezekiah Maddox, owner of Manjack Creamery, is back in business.

On Monday, August 10, Maddox closed down claiming the Labour Department wanted to force them to hire staff outside of its choosing — a non-local.

When questioned about developments since that claim, Maddox told BVI News on Thursday, August 20: “All I am willing to say right now is we have reopened.”

However, he confirmed the business has now hired a local woman and things are going well so far.

“Day-one was fine, we only did a small Facebook post to let everybody know that we are opened and that’s it. No fanfare, no hoopla, no nothing,” he stated.

In the meantime, Maddox explained that persons such as government consultant Claude Skelton Cline played a part in the company’s reopening.

“He has been a loyal customer and he knows the value of our product. He enjoys the ice-cream and he has just been encouraging us at first not to close,” Maddox said.

“We have also gotten a lot of encouragement from our customers. They wanted to know when we are going to be reopening. So, thus far, they have shown their appreciation by coming in and by commenting on Facebook and so forth. So we are glad we still have their support,” he added.