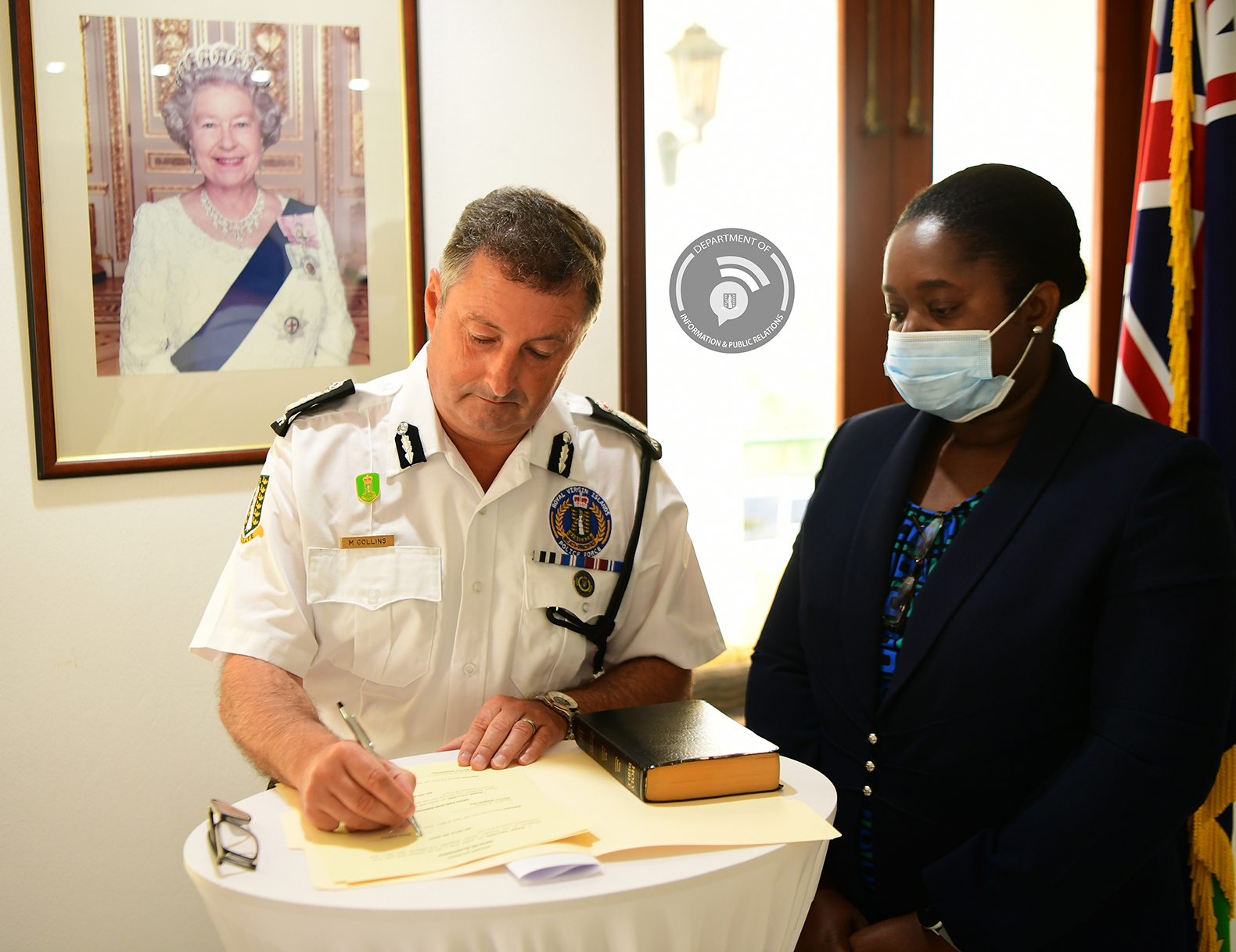 Mr. Mark Collins QPM formally took up the post of Commissioner of the Royal Virgin Islands Police Force (RVIPF) on April 19 following a brief swearing in ceremony at Government House.
The Commissioner brings to the post more than 30 years of law enforcement experience including leadership posts such as Detective Superintendent in charge of the Wales Extremism and Counter Terrorism Unit; Borough Commander (Chief Superintendent) for Waltham Forest with the London Metropolitan Police Service; and Chief Constable of the Dyfed-Powys Police.

Governor John Rankin CMG said that Mr. Collins’ experience will be a benefit to the overall security and safety of the Territory.

“I am delighted to welcome Mark Collins as the new Commissioner of Police. Mr. Collins brings a wealth of senior level policing experience and expertise into the role. I am sure he will be a dedicated public servant to the people of BVI. I look forward to working with Mr. Collins, alongside the committed officers of the RVIPF, in promoting the security of the British Virgin Islands.”

The Governor added his appreciation for Mr. Michael Matthews and his accomplishments while serving as Commissioner of Police.

“I would take this opportunity to thank the outgoing Commissioner, Mike Matthews, for all he has achieved during his term in office and for his signal service to the British Virgin Islands. I offer him every best wish for the future,” Governor Rankin said.

The new Commissioner of Police thanked the Governor and the members of the force, and the BVI community for their welcome thus far. He said said he was especially grateful to Mr. Matthews, whose work forms a foundation on which to build during his service in the Territory.

“I am very much looking forward to building on the work of my predecessor Mr. Mick Matthews. My main priority going forward will be the security of the islands and the continuing battle against serious and organised crime, which seeks to make the islands an unwelcoming environment for groups wishing to engage in any of the aforementioned criminal activities,” Mr. Collins said.