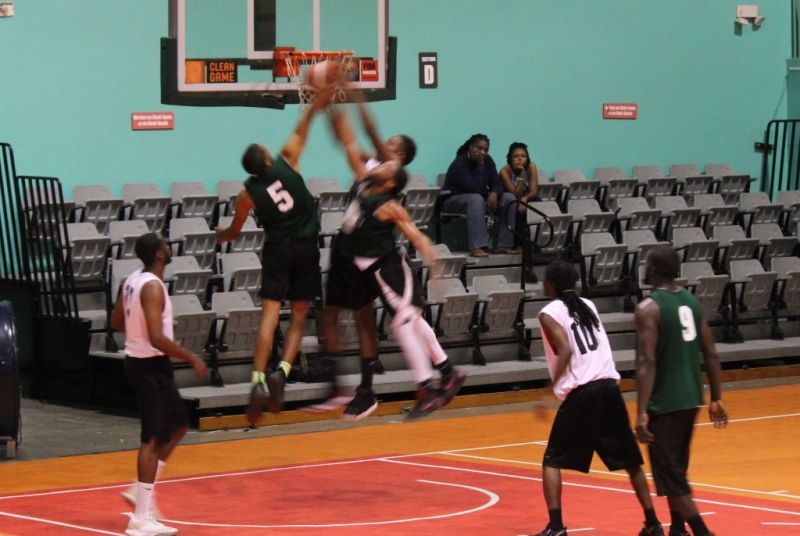 When one thought the Multi-Purpose Sports Complex couldn’t get any hotter, the VG Bayside Blazers Junior and Senior Teams entered the venue to roast their opponents on Saturday, June 5, 2021, broadly stating they are the teams to watch in the Road Town Basketball League.

The Junior VG Bayside Blazers set the pace for the senior team by smouldering Z6ne Bay Youths 84-66 in the Junior Division.

Stephano Paul and Travis A. Issac had 11 and 10 points respectively.

Cerron Dasent, with 7 points, was the top scorer for Da 3rd, who were reduced to just 6 points in the 3rd quarter and 7 in the 4th quarter as the VG Bayside Blazers completely dominated the proceedings.

Lekoy Lennard dropped in 18 points and pulled 11 rebounds; Tkoi Richardson 16 points and Demron Glasgow 12 points and 18 rebounds to contribute to the routing of Z6ne Bay Youths.

The 3rd and final game of the night was also a lopsided affair.

A’s downed Hawks 59-34, with Player of the Game Shakeem Blackmore leading the scoring with 20 points and 9 rebounds. 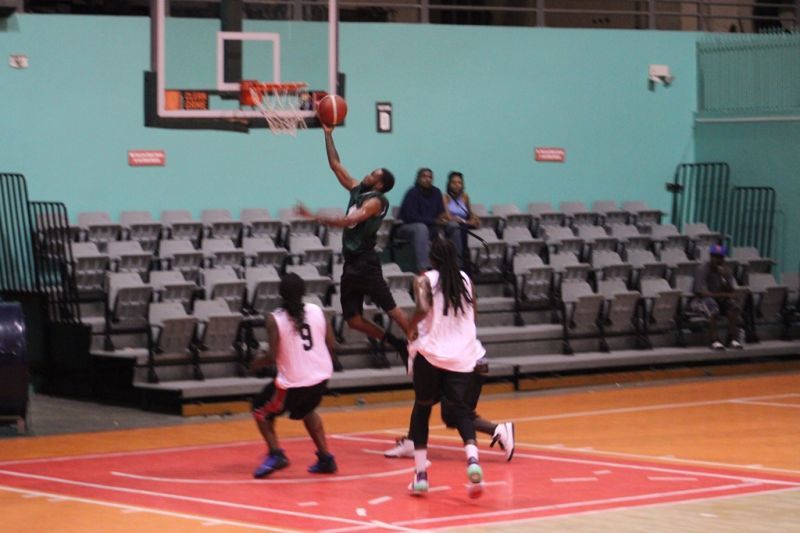 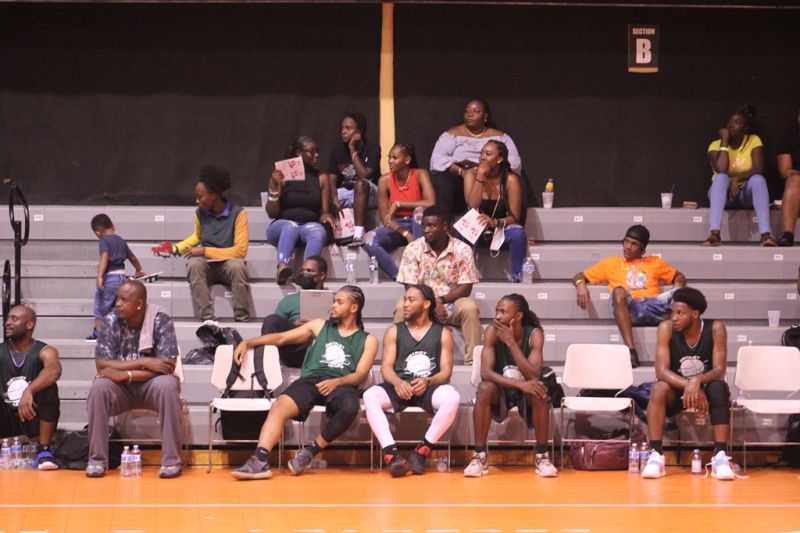 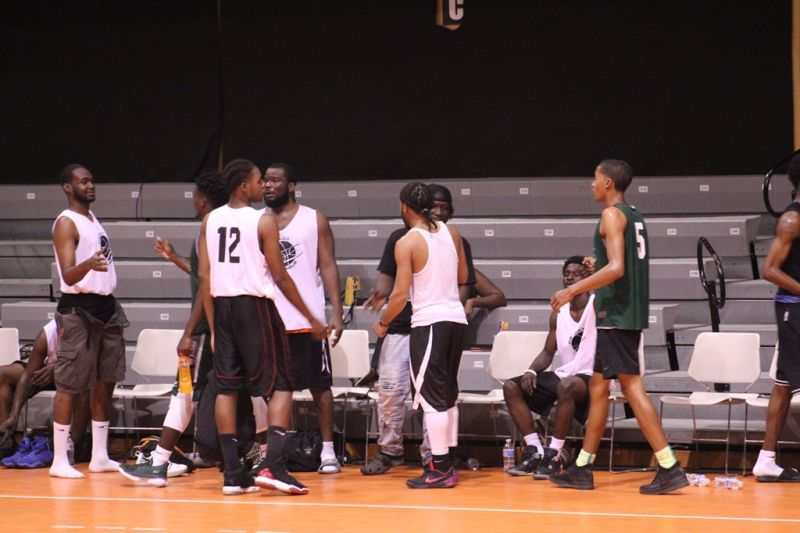 VG Bayside Blazers (green) and Da 3rd exchange words of encouragement after their game on June 5, 2021. 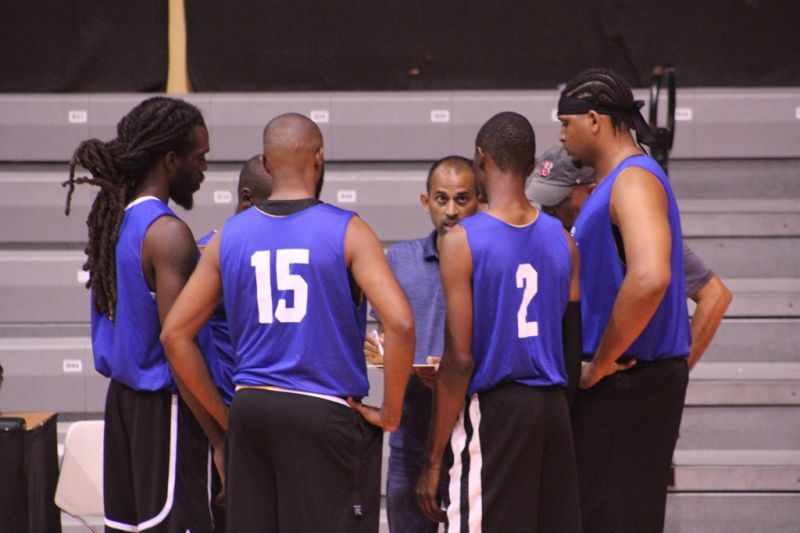 A's discuss strategy ahead of their domination of Hawks. 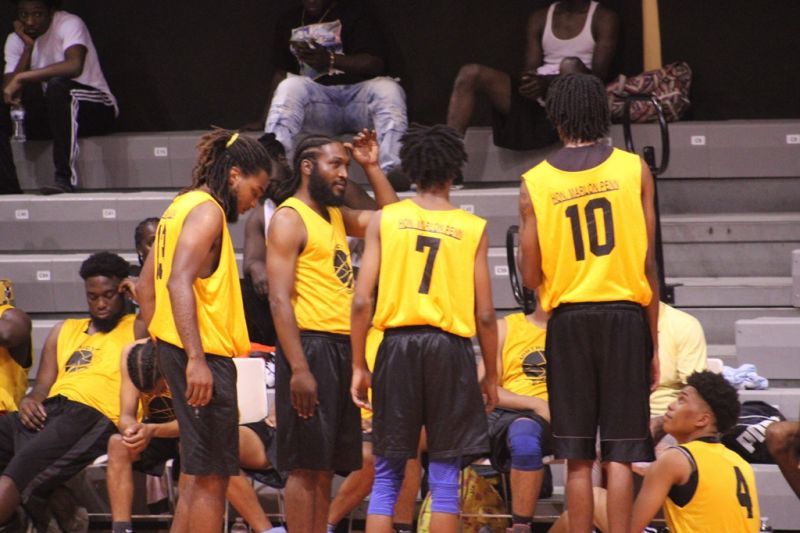 Hawks before their losing effort against A's on June 5, 2021.