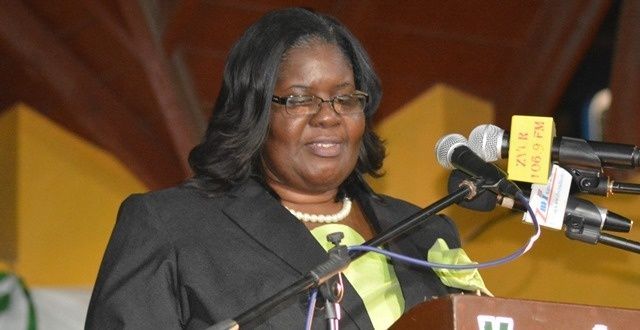 A post Cabinet decision issued today, June 3, said she will head the Ports Authority for an initial period of two years.

Her position took effect since March 18 2021, “in accordance with the BVI Ports Authority Board’s Resolution No. 37 of 2021 and instructed that the Board review her performance annually.”

The May 19th meeting held at the Financial Services Commission’s Conference Room was chaired by His Excellency, the Governor Mr. John J. Rankin, CMG.

All Cabinet members were present at the meeting.

Notably, since the VIP came into power in 2019, Maynard has been promoted twice.

Maynard, a BVIslander, and former Labour Commissioner, is a former Virgin Islands Party candidate and takes over as ports boss from Dean Fahie, who went through a botched announcement of his appointment.

Fahie was announced as the Managing Director and then that announcement was pulled back by the BVIPA before it was finally ratified by the Cabinet.