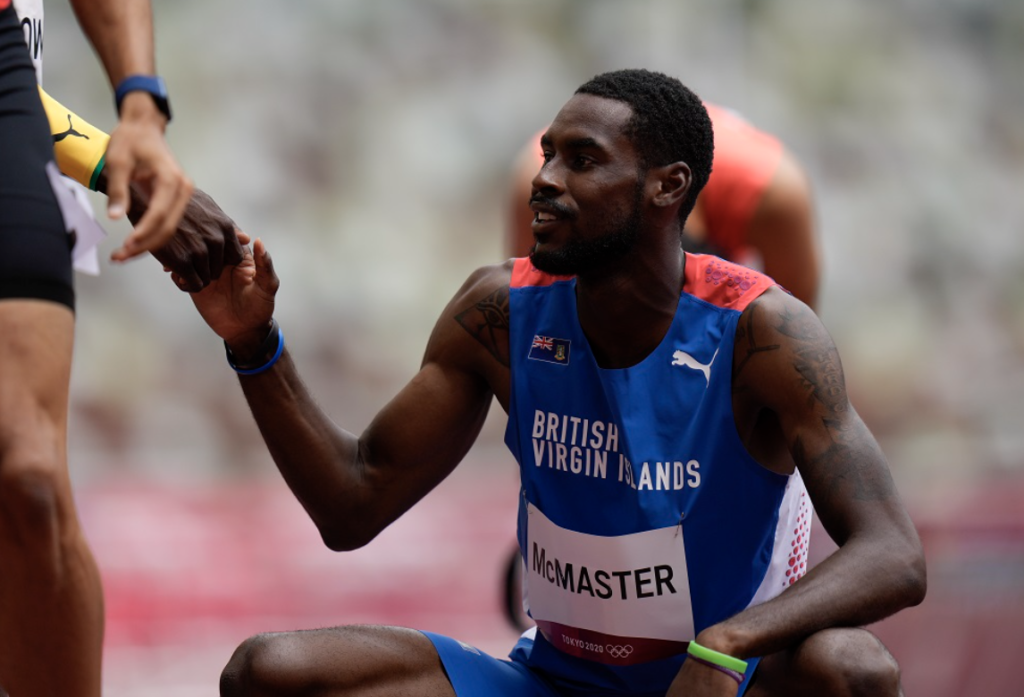 Neither of the BVI’s two Olympic finalists — Kyron McMaster or Chantel Malone — was able to finish with a medal but their performances at the Tokyo Games has been nothing short of exceptional.
McMaster finished fourth in what is now the fastest ever 400-metres hurdles race in the history of the sport.

The winner of the event was Norway’s Karsten Warholm who finished with a breathtaking time of 45.94 seconds — breaking his own world record of 46.70 and becoming the only man in history to ever run below 46 seconds in that event.

Coming in second for the silver medal was American Rai Benjamin who also ran the best race of his life to finish with a time of 46.17 seconds.

That Olympic finals also produced the third-fastest 400-metre hurdler in history — Brazil’s Alison Dos Santos who ran 46.72 seconds to claim the bronze ahead of McMaster of the BVI.

McMaster finished the race in 47.08 seconds — smashing the BVI’s national record and making him the eighth fastest 400-metre hurdler of all time.

“Today what you saw was the epitome of greatest, just not from me but obviously from the three other athletes, even from the athletes behind of me … I could guarantee you no one ever thought that a ’47:0′ might not get you a medal. They probably said that would get you like a third outside of Rai and Warholm, but 46 is the top three places for a medal right now,” McMaster said following his race.

“When persons go to look back at the race … they’re going to see my name so I’m grateful for that. Obviously, all of us are young [and] we’re still hungry so you can expect us, year after year until we hang up our shoes, beating on each others necks consistently,” the local sensation added.

Malone, too, did not make it to the podium in her event but she and McMaster have etched the BVI in the history books; having now been recorded as the only athletes to ever represent the territory in an Olympic final.

“I know you guys are proud but I’m super disappointed just because I’m in the best shape of my life and my intention was to go out there and at least execute and I wasn’t able to do that. And that’s the disappointing part. But, you know what, nonetheless, I’m grateful for the experience and being able to compete here … and to be a finalist for the BVI is a big deal,” Malone said in a post-competition interview courtesy of the the BVI Olympic Association.