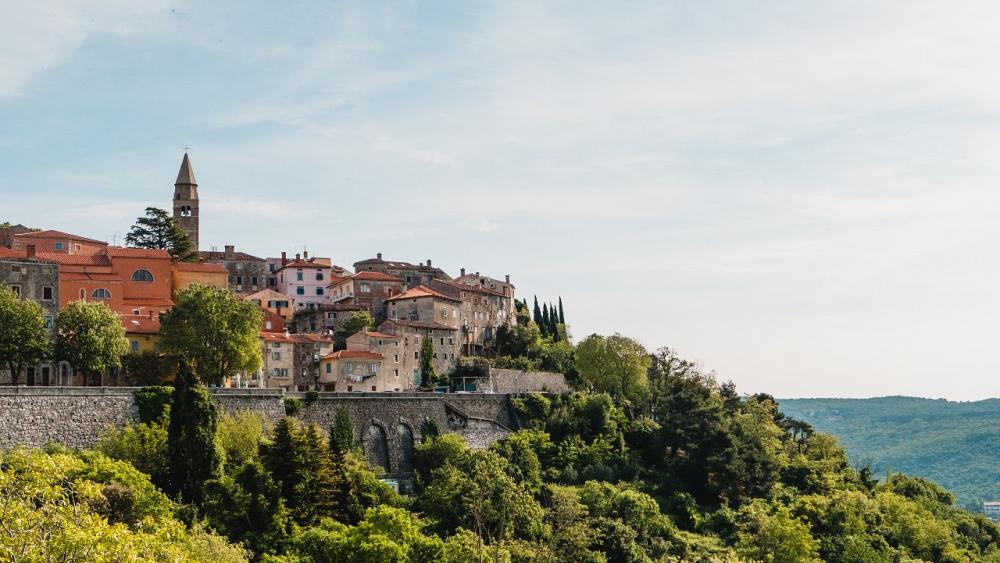 The idea for the digital nomad visa was actually sparked by Dutch entrepreneur and investor, Jan de Jong. Euronews talks to him and the first official digital nomad.

Out of her home in the hilltop town of Labin on Croatia's picturesque Istrian peninsula, Melissa Paul runs her own US-based business as a brand storyteller, social media manager, and blog editor. She can also lay claim to a curious accolade: the first official digital nomad in the country.

On January 1st, Croatia became one of a small handful of European countries welcoming digital nomads through the introduction of a long-stay visa. New legislation covering the residence of this category of foreign remote workers was introduced in December 2020 as part of reforms to the foreigners' law.

What is a 'digital nomad' and how does the visa work?

The new measures define a digital nomad as a person from outside the EU working in 'communication technology' either as a remote employee or through their own company registered abroad.

Provided they don't require a tourist visa to enter Croatia, remote workers can apply for the one-year residence permit after arrival. Under the terms, they are not allowed to provide services to Croatian businesses and are not subject to income tax.

The new 'digital nomad visa' has the potential to attract year-round visitors and hopefully boost Croatia's flagging tourism industry. Tech-savvy newcomers are seen as a boon for the local economy as consumers of local goods and services, including the tourist apartments and villas that usually sit empty during winter months. 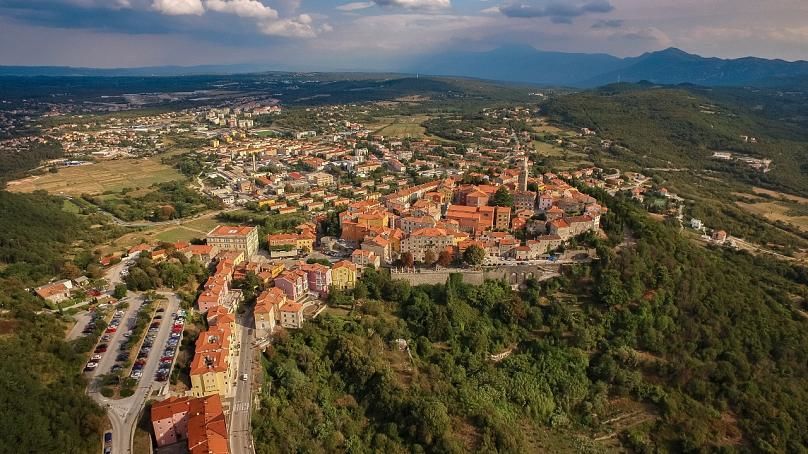 As one of the few EU countries open to tourists in recent months, Croatia has already attracted many remote digital workers from the US and other countries who arrived to wait out the pandemic while taking in the good weather and relaxed vibe. Many hope to be able to stay on thanks to the new visa. 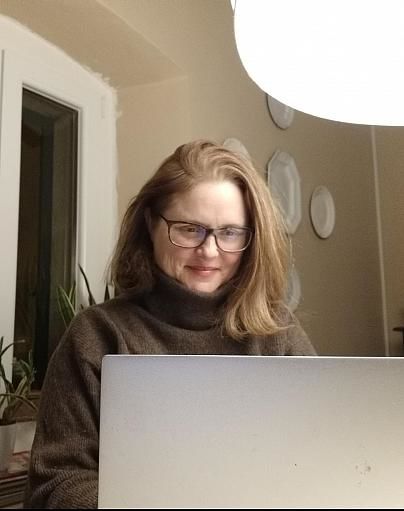 American entrepreneur Melissa Paul became Croatia's first official digital nomad on January 15th. Paul had already been living in Croatia since 2014, when she moved here with her Croatian-American husband. Following their divorce in 2018, she discovered she no longer qualified for permanent residence based on her marriage to a Croatian citizen. Despite this, she was granted an extension of her temporary residence permit but as it neared expiry in January 2021, she realised she didn't qualify for a further extension.

With the introduction of the digital nomad visa, Paul learned she could apply on the basis of being a digital entrepreneur. “When the visa was announced in December, I got very excited because it gave me the possibility to stay in Croatia longer,” she says. “As a third-country national, the options are actually pretty limited to live here long-term. I saw that the terms of the new visa applied to me since I have my own company and work remotely.”

“The officials at my local police station were not exactly sure what was needed and how to interpret the requirements because the process was new to them," says Paul.

"There was a lot of back and forth with the ministry in Zagreb. I needed many written statements: what I do, where my company is based, company incorporation documents, proof it's in good standing, and even an employment contract with myself. Oh, and of course an official stamp. One thing I've learned is that officials here love stamps.”

How did this initiative come about?

The idea for the digital nomad visa was actually sparked by Jan de Jong, a Dutch entrepreneur and investor. De Jong first floated the idea of attracting digital nomads as long-term tourists in April 2020 as a panel member of a virtual conference exploring how to turn Croatia into a year-round destination. 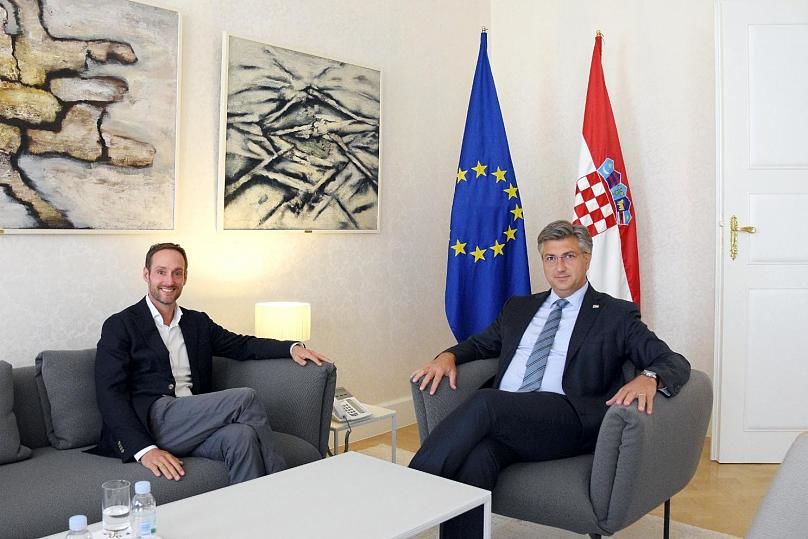 He then promoted the idea on LinkedIn, writing an open letter to prime minister Andrej Plenković https://www.linkedin.com/feed/update/urn:li:activity:6687592098155249664/. In it, he outlined the potential economic benefits of attracting highly paid remote workers via a digital nomad visa similar to the one introduced in Estonia in June 2020.

“Soon after, I was contacted by the ministry of the interior and invited for a meeting,” explains de Jong, a long-time resident of the city of Split on Croatia's sunny Dalmatian coast. “I pitched them the idea and they immediately understood the potential. At the time, changes to the law on foreigners were being considered, and they felt the initiative could be implemented quickly. I also met with the prime minister himself and he fully supported the vision of Croatia being one of the first countries to introduce a digital nomad visa.”

De Jong was consulted during the process which didn't lose sight of the need to be competitive with other countries introducing similar digital nomad schemes. This included measures on the proposed length of stay, application fees, and income tax and health insurance requirements.

Since the new law was passed in December 2020, the best online resource for remote workers looking to head to Croatia with their laptops was a detailed blog post on the Expat in Croatia website. 'How to apply for the digital nomad residence permit in Croatia: Guide for 2021' has had thousands of pageviews since its publication in mid-December. In terms of popularity by nation, 18 per cent of foreign traffic hails from the US, followed by the UK, North Macedonia and Canada.

American Sara Dyson started the website as an informational resource in July 2013, a year after moving to Croatia. She describes herself as a 'Croatian Bureaucracy Expert': “I make it easier for people to move to and live in Croatia,” she clarifies. “I also offer personalized one-on-one consulting to help guide people on how to move here and also apply for citizenship efficiently.”

Services like the one offered by Dyson have seen a steep rise in enquiries. “I've had over 100 personal queries from predominantly Americans, followed by Britons, Canadians and Australians,” she says. “Many are already in Croatia and wish to change to this permit because it's more favourable than the one they currently have.”

Hotels in Croatia have been capitalising on the digital nomad trend by offering discounts for extended stays over the winter season when many hotels usually close. Meanwhile, locals who rent out private tourist accommodation have found long-term tenants.

In recent years Croatia's young graduates have increasingly been leaving the country in search of better paying work opportunities elsewhere in the EU. With the digital nomad lifestyle on the upswing, the country is set to witness a kind of reverse phenomenon of well-paid foreign workers.

Aside from exemptions, most travellers wishing to enter Croatia must have a recent negative PCR test or take one within 48 hours of entering the country.

If coming from the UK, travellers will additionally require to isolate for 14 days which will be halved if a negative test is obtained after 7 days.