Members of ousted NDP regime to face CoI next week

A number of members of the former National Democratic Party (NDP) administration, including former premier Dr the Hon D. Orlando Smith, are scheduled to appear before the Commission of Inquiry (CoI) from Monday, June 14, 2021.

It is unclear what questions the members will asked; however, there were a number of projects under the NDP administration that had come under serious scrutiny and criticism, including the infamous BVI Airways Project that cost the Virgin Islands (VI) some $7.2M without anything to show for it.

Other projects and actions that became questionable in the public sphere were the Tortola Pier Park Project that had some $40M in overruns, the 'illegal' transfer of $8M from the East End Sewerage Project to the TPP Project, distributing of crown lands among themselves, and a wall around the Elmore Stoutt High School (ESHS) that had a price tag of some $1.6M.

The ESHS wall project commissioned by former controversial Minister for Education Myron V. Walwyn was a subject of an investigation by the Royal Virgin Islands Police Force (RVIPF).

The persons that made up the past NDP regime and have now been summoned by the CoI are Dr D. Orlando Smith; now Opposition Leader Hon Marlon A. Penn (R8); Hon Melvin M. Turnbull (R2), who has now switched to the Progressive Virgin Islands Movement (PVIM), Dr Hubert R. O’Neal; Myron V. Walwyn; Dr Kedrick D. Pickering, who has since left the NDP; Ronnie W. Skelton, who is now with the PVIM; Archibald C. Christian; Alvera Maduro-Caines (R6), who is now with the Virgin Islands Party (VIP); and Hon Mark H. Vanterpool (R4).

Former Speaker of the House of Assembly (HoA) under the NDP, Ingrid A. Moses-Scatliffe is to also appear before the CoI.

Members of the ruling VIP government will also be part of the CoI next week. 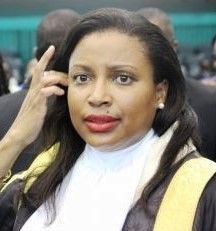 Former Speaker of the House of Assembly (HoA) under the NDP, Ingrid A. Moses-Scatliffe is to also appear before the CoI.

The Commission has said it is particularly interested in knowing about serving and former HoA members’ held and declared interests.

It is expected that witness evidence will commence at 10:00 am on Monday.

“The Commissioner intends that all the matters canvassed at the hearing will be livestreamed on the CoI’s YouTube channel so that the BVI public can continue to follow the work of the CoI,” the Commission stated in a press notice on June 10, 2021.