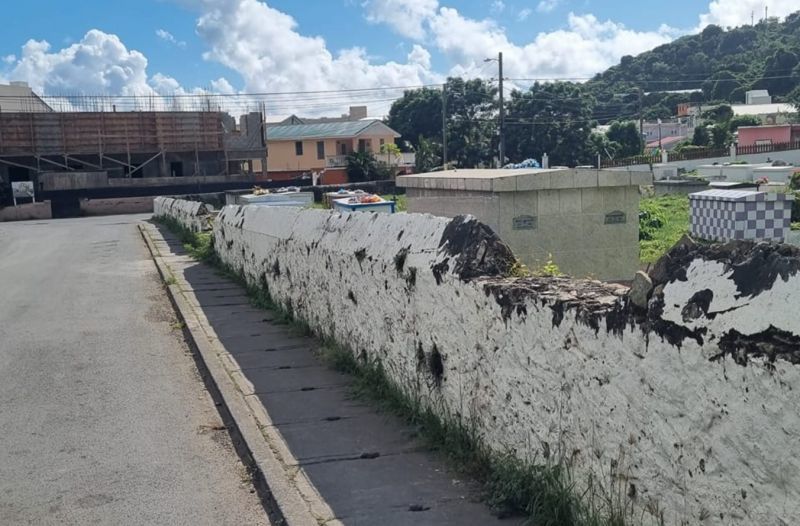 The Road Town Methodist Church has received criticisms online for the condition of its graveyard wall, which has been described as an eyesore in the heart of town.

Once social media user on December 19, 2022, brought the situation to the fore and blasted the church publicly for the condition of the wall.

“The Methodist should be ashamed of the condition of their graveyard wall in the middle of Road Town. It's a darn eyesore,” a Gui Hil stated on BVI National Forum. 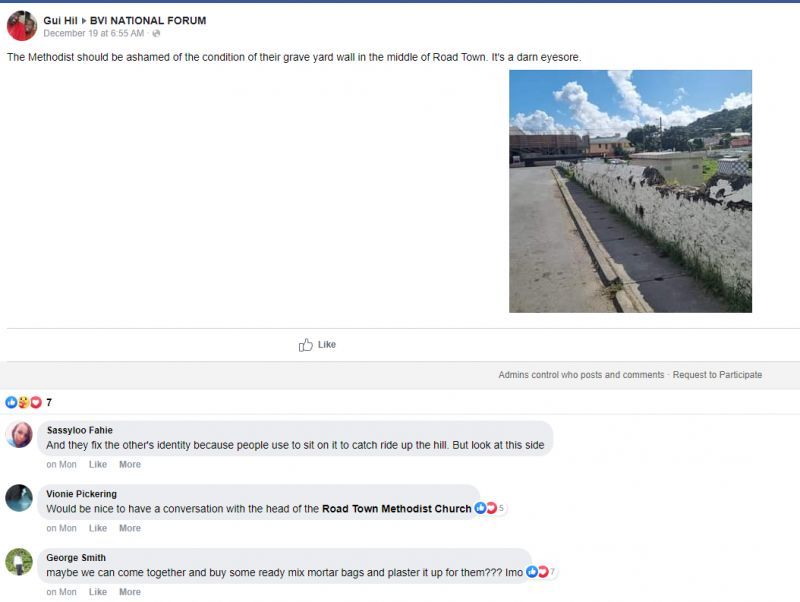 Once social media user on December 19, 2022, brought the situation of the graveyard wall to the fore and blasted the church publicly for the condition of the wall.


The post has since sparked conversation online, with one Facebook user suggesting that the persons on the post come together and buy some ready mix mortar bags and plaster up the wall for the church.

Another user; however, felt the church has enough money to be able to afford its graveyard wall repairs.

Virgin Islands News Online (VINO) attempted to get a comment from the church leaders, including Reverend Dr Keith B. Lewis, Superintendent of BVI Circuit; however, our attempts were futile.

Social media users, while willing to take on the project as a service to the church, remained split on whether the church can affect its own repairs or whether the community should pitch in.

The graveyard is reportedly the final resting place of approximately 3000 persons. One of the most prominent is Sir James Olva Georges, who had the first state funeral held on the island in his honour in 1976.
#Facebook