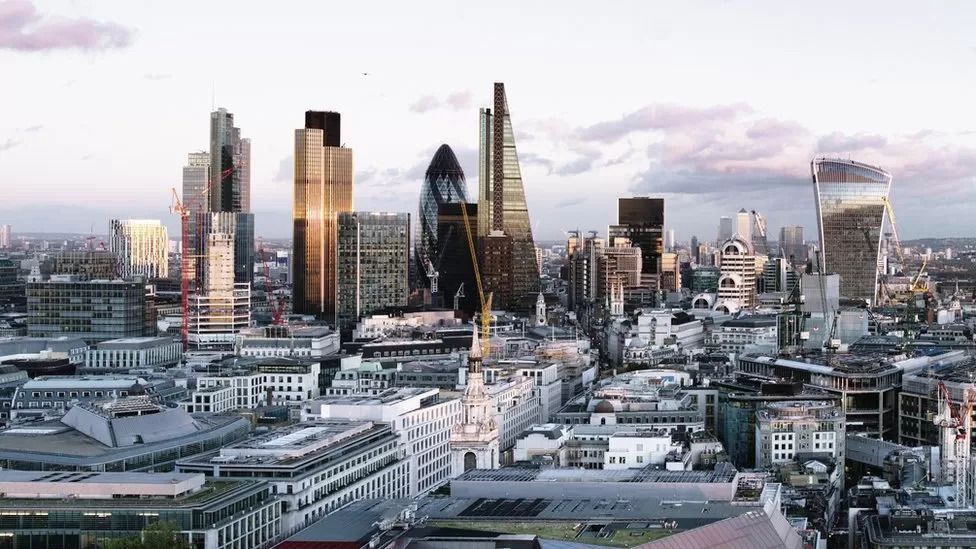 The UK's economic outlook has been lowered to "negative" by ratings agency Moody's due to political instability and high inflation.
Moody's changed the UK's outlook - which is a marker of how likely it is to pay back debts - from "stable".

Rating agencies, in essence, rate a country on the strength of its economy.

Moody's along with another of the big credit rating agencies Standard & Poor's (S&P) maintained their assessments of the UK's credit rating.

Rating agencies give governments (or large companies) a score on how likely they are to pay back their debt.

The rating affects how much it costs governments to borrow money in the international financial markets. In theory, a high credit rating means a lower interest rate (and vice versa).

Moody's said there were "risks to the UK's debt affordability", but kept its rating of Aa3, the fourth-highest level on its scale.

Meanwhile, S&P maintained the UK's rating of AA - its third highest rating level - and maintained its previously-changed outlook from stable to negative.

The reports published on Friday do not mean the UK's credit rating has been downgraded, but a negative outlook indicates it could be downgraded at a later date. The other outlooks countries can be given are positive, or stable, and any outlook period typically lasts 12 to 18 months.

Moody's said there were two "drivers" behind its decision to change the UK's economic outlook.

It said the first was "the increased risk to the UK's credit profile from the heightened unpredictability in policymaking amid a volatile domestic political landscape".

Moody's said this challenged the UK's "ability to manage the shock arising from weaker growth prospects and high inflation".

The rating's agency said it viewed the government's mini-budget, the reversal of the majority of the policies in it, and the change in prime minister as a "continuing reflection of the weakening predictability of fiscal policymaking seen in previous years".

Moody's assessment comes after government borrowing costs rose sharply in the aftermath of the mini-budget in September when investors became spooked by the then chancellor Kwasi Kwarteng pledging huge tax cuts without saying how the government would pay for them.

The current chancellor, Jeremy Hunt, reversed the majority of the tax cuts from the mini-budget on Monday in attempt to calm the markets, but the resignation of Prime Minister Liz Truss means economic policies are on hold.

"The government's initial inability to deliver a credible policy response to address investor concerns around this unfunded stimulus further weakened the UK's policy credibility, which is unlikely to be fully restored by the subsequent decision to reverse most of the tax cuts," Moody's said.

Moody's said the second driver of its decision to change the outlook was the "heightened risks to the UK's debt affordability from likely higher borrowing and the risk of more persistent inflation".

A spokesman for the Treasury said global financial markets had been "subject to significant volatility in recent weeks".

"While no national government can eliminate this, we can give certainty about the sustainability of public finances in the UK," a statement added.

"The underlying fundamentals of the British economy remain strong, with the UK having the second lowest net debt to GDP ratio in the G7 and unemployment at its lowest level in almost 50 years."

The spokesman said the government was focused on "delivering economic stability and sustainable growth".

Government borrowing costs rose on Friday, while the pound sank as investors reacted to gloomy economic data amid the political turmoil.

The interest rate - or yield - on bonds due to be repaid in 30 years' time rose back above 4%, making government borrowing more expensive. They had hit 5.17% in the aftermath of the mini-budget.

Meanwhile, the yield on bonds due to be repaid in five years' time, which underpins the cost of new five-year fixed rate mortgages, rose to 4.09%.

The Treasury said the chancellor would set out how the government will get debt falling on 31 October, alongside a full forecast from the Office for Budget Responsibility on his economic policies.