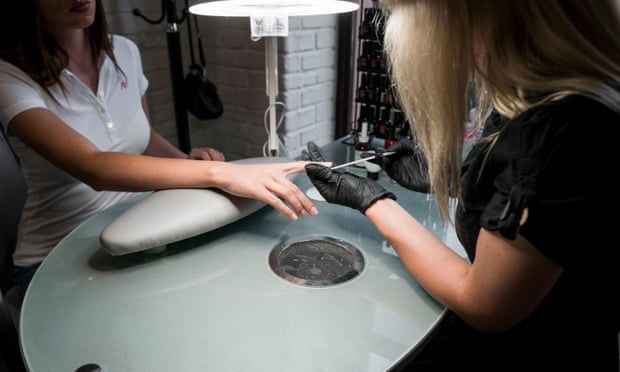 The commissioner, Dame Sara Thornton, found that during a few months in 2020, there were more children than adults referred to what is known as the national referral mechanism (NRM) – a facility that allows their trafficking claims to be explored and where they can access support.

“Despite lockdown, county lines exploitation of children has continued. Methods of recruitment have shifted online and models for distributing drugs have diversified,” the report said. It added that children have become involved in violence, intimidation and cuckooing in the drug market.

Thornton’s report calls for substantial child protection activity to support exploited children and highlights a lack of safeguarding. Not prosecuting children and vulnerable adults exploited in modern slavery situations is not enough to protect them if safeguarding is not available too, it added.

“I continue to have significant concerns about the safeguarding response for child victims of trafficking. Access to this specialist support for children should not be a postcode lottery,” the report states.

The pandemic heightened the risks for those already exploited, increased the risks that more people will face exploitation and has disrupted responses to the problem of trafficking. Brexit and the political focus on immigration also have the potential to have an impact on modern slavery, according to Thornton.

She said charities had raised concerns on behalf of non-UK trafficking victims that there was a risk victims may not come forward due to fears their information would be shared with immigration enforcement officials.

There was also criticism of inconsistency in the approach to human trafficking among police regional organised crime units (ROCUs).

“The traditional culture in ROCUs is more comfortable dealing with drug trafficking and illegal firearms than vulnerable victims. This needs to change,” the report said.

Thornton also expressed concern that when towns and cities shut down due to the pandemic, vulnerable workers in places such as nail bars and car washes disappeared from view.

“It is suspected that some forms of exploitation became even more hidden in supply chains,” she said.

“While some progress has been made, there is still much to do to support victims to become survivors living lives of sustainable independence,” she concluded.

Safeguarding minister Victoria Atkins said: “We are committed to tackling the heinous crime of modern slavery, enabling victims to rebuild their lives and help them reintegrate into a community after the unimaginable abuse they had suffered. There is a wide range of specialist support available for potential and confirmed victims, including safe house accommodation, financial help and access to a support worker.

“Our approach delivers personalised, needs-based support, which ensures the victim receives the appropriate support for their needs. We are embarking on an ambitious transformation of the national referral mechanism, including the continued rollout of the Independent Child Trafficking Guardian service, an independent source of advice for trafficked children, which is now available in total [in] two thirds of local authorities in England and Wales.”