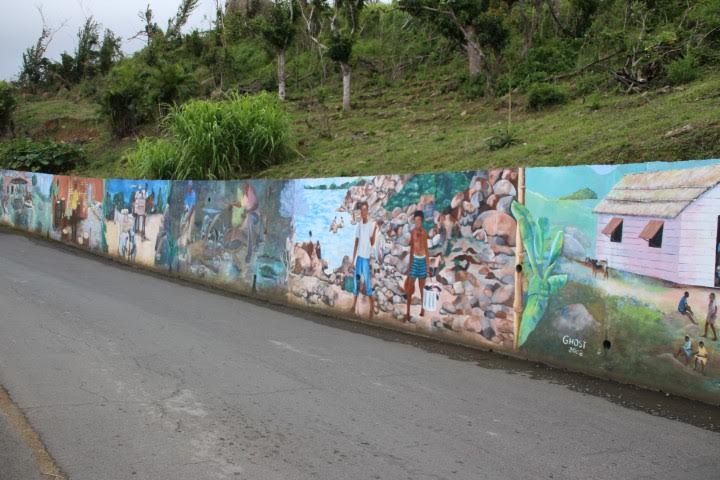 There is a strong call for greater partnership between the private sector and the Culture Department to curate a proper space in the territory for creatives to operate, develop and export their products.

Speaking at the opening ceremony for Culture and Tourism Month, Executive Director of the BVI Chamber of Commerce and Hotel Association (BVICCHA) Keiya Jackson-George said the creative industry is something she holds dear and she strives to encourage and increase partnership between the business community and the creative industry.

She said she aims to not limit creatives to only the Virgin Islands but to look towards exporting their crafts regionally and internationally.

“What we are doing in the Chamber of Commerce is partnering with different organisations such as the Department of Culture and Summer Sizzle for the sake of creatives. The idea is a partnership and to get what our creatives in the creative industry make off the island,” Jackson- George said.

The executive director noted on November 30, the culmination of Culture and Tourism Month, there will be a forum hosted by the BVICCHA where creatives can interact and build relations with people from the tourism and business sector to find out the needs of each other and how best to meet that need profitably.

“Partner with us, partner with them and grab a creative by the hand and push them forward,” she said.

The Director of Culture Katherine Smith said her department hopes to use Saturday’s event as a springboard for future collaboration.

“That will be a good end to the month and start looking towards the future … building our creative industry which in turn will promote cultural tourism. So, this time next year, what we are hoping from that programme is that this month will be the apex of what has happened through the year,” Smith said.

Meanwhile, Dr Richard Georges, the Virgin Islands Poet Laureate and President of the H. Lavity Stoutt Community College, said there should be more emphasis placed on the humanities within the territory.

He said that over the years, the focus has been largely given to Science, Technology, Engineering and Mathematics (STEM) while the humanities have been largely ignored.

He said one cannot curate a thriving society when the human element of it has been removed.

The month of November is acknowledged as culture month in the BVI and this year will be its second anniversary. The theme for this year is “Our Heritage, our People, our Cultural Arts! When Culture meets Tourism, we Capture all Hearts”.

The month started with the opening ceremony on November 1 and will culminate with the Anegada Lobster Festival.