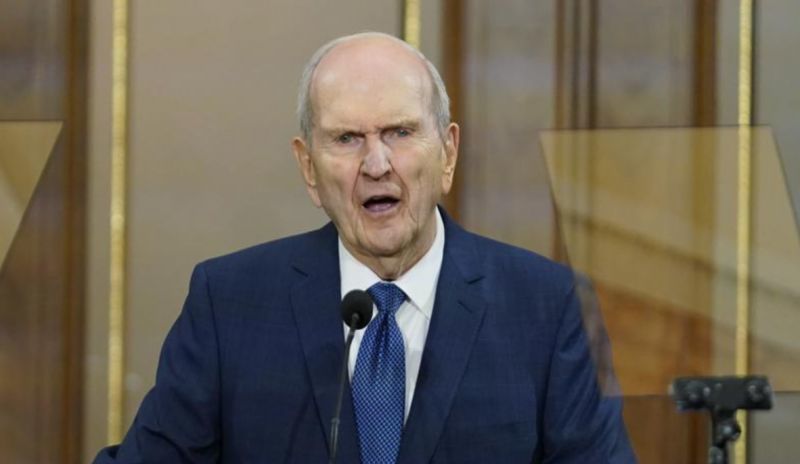 After more than a year of attending church virtually, Monique Allen has struggled to explain to her asthmatic daughter why people from their congregation of The Church of Jesus Christ of Latter-day Saints don’t wear masks. Allen said she has taught her daughter that wearing a mask is Christlike, but now she worries her child feels like an outcast.
Church leaders recently issued their strongest statement yet urging people to “limit the spread” by getting COVID-19 vaccines and wearing masks. But Allen said she fears it’s still not enough to convince the many families in her congregation who refuse to wear masks and have succumbed to anti-vaccine misinformation.

Members of the faith widely known as the Mormon church remain deeply divided on vaccines and mask-wearing despite consistent guidance from church leaders as the highly contagious delta variant of the coronavirus spreads.

About 65% of Latter-day Saints who responded to a recent survey said they were vaccine acceptors, meaning they’ve gotten at least one dose or plan to soon. Another 15% identified as hesitant, and 19% said they would not get the vaccine, according to the survey this summer from the Public Religion Research Institute, a polling organization based in Washington, and Interfaith Youth Core.

The survey found 79% of white Catholics and 56% of white Evangelical Protestants identified as vaccine acceptors.

Allen, a church member living in Wisconsin, is among a contingent who fear fellow members who refuse to get vaccinated are allowing their political views to supersede their loyalty to a faith that largely prioritizes unity and obedience.

The message she has shared with her 8-year-old daughter is that “of course Christ would wear a mask, of course he would get vaccinated because he’s a loving person,” she said. “And that’s the only way you can take care of people these days is doing these simple things.”

Other church members are upset that their leaders aren’t letting them exercise their own decision-making about vaccines and masks. The Utah-based religion of 16 million members worldwide is one of many faiths grappling with how best to navigate the pandemic’s lingering effects.

Divisions on masking and vaccinations in the Latter-day Saint faith appear to be tracking along political lines, with conservative members being more hesitant, said Patrick Mason, associate professor of religion at Utah State University. Mason said the church’s divide is indicative of a larger pattern in the United States of political ideologies shaping people’s religious commitments.

“The common perception of Mormons and Mormonism is that when church leaders speak, church members listen and do what they’re told,” said Mason. “This has revealed sometimes how conditional that loyalty can be.”
#COVID-19  #vaccine  #Covid  #Coronavirus  #Vaccines