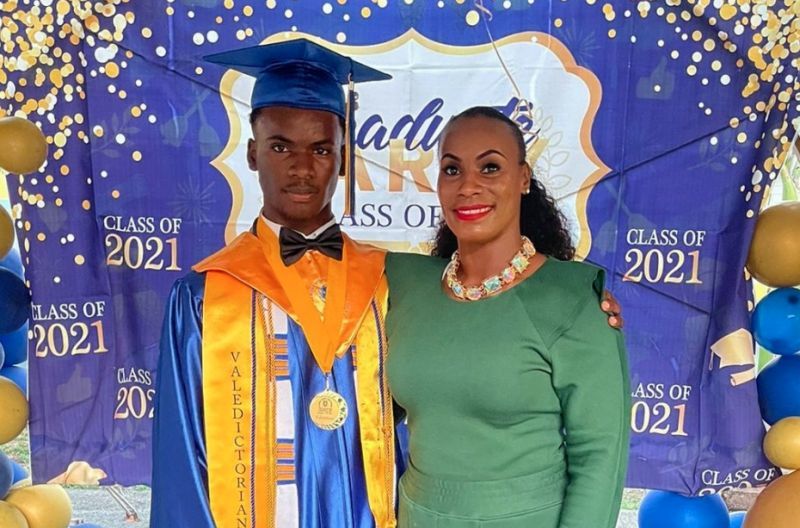 Calling it a ‘bitter sweet’ moment to witness her 17-year-old son, Cekoi C. Smith graduate as valedictorian of the Elmore Stoutt Secondary School (ESHS) class of 2021, for mother Aqueelah L. Frett, the moment was surreal.

She said Cekoi’s mission to walk in her footsteps at the graduation of June 24, 2021, started three years ago when he committed to ‘be just like mom,’ after coming home one afternoon from school. 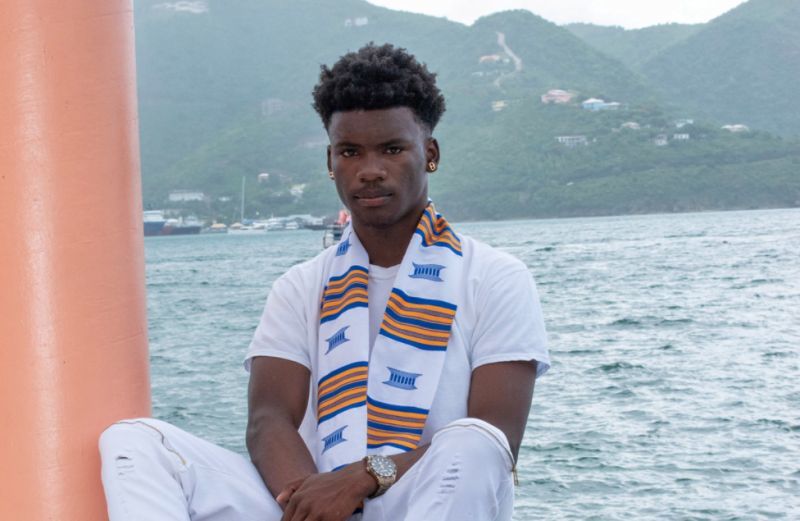 Ms Aqueelah L. Frett said Cekoi’s mission to walk in her footsteps at the graduation of June 24, 2021, started three years ago when he committed to ‘be just like mom,’ after coming home one afternoon from school.

“Cekoi came home and said mommy I want to be valedictorian for High School… I was not surprised, with Cekoi's dedication to his academic success, I knew he meant business," Ms Frett detailed in a now-viral Facebook post of June 25, 2021.

She said relatives always recognized that Cekoi was a brilliant individual, "he has a creative mind, with intense critical thinking and problem-solving skills.”

Speaking to Virgin Islands News Online (VINO) Ms Frett said as a mom, Cekoi had witnessed her struggles and drive to ensure that he and younger brother Malekoi W. Blyden, were well taken care of in every aspect of their life.

As such, she said that might have been one of the motivators that drove him to academic excellence.

“A few days ago he [Cekoi] said to me, mommy you remember when we used to be all over, up and down and you used to have to rush me to school and then rush back to work? I think he wanted to make me proud as well,” she said.

According to Ms Frett, in the real world Cekoi is humble and reserve, yet very determined, “he never asked for much and [is] very understanding.” 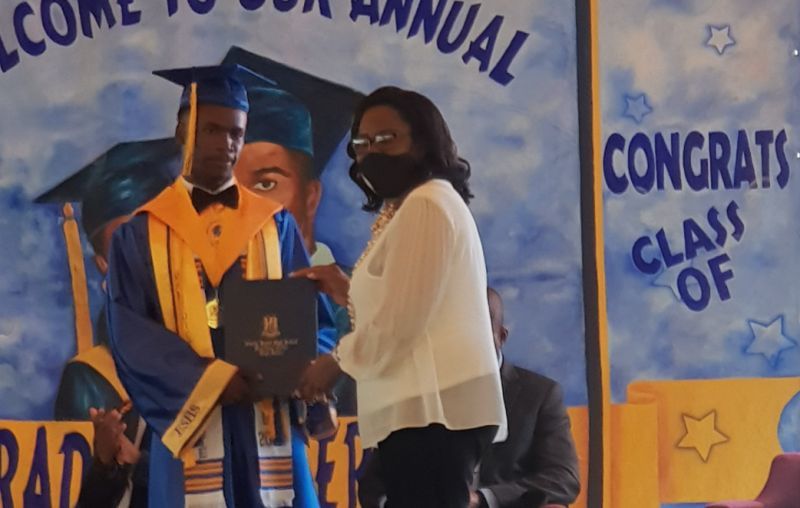 Cekoi C. Smith graduated with a 94.1 percentage grade, which is a 4.0 on the GPA scale.

Turning to personal challenges, Ms Frett said she also faced trials on realizing that she was pregnant as a teenager some 17 years ago, hinting that seeing her son graduate as valedictorian also vindicated her sacrifices made as a young mom.

“I sat at my desk at work and cried profusely. Why? because when I found out I was pregnant with him, I could not come to terms with it."

"I used to cry nearly every day, being a young teenager, recently graduated from high school myself as Valedictorian in 2001. At that point in my life, I felt hopeless, embarrassed and disappointed with myself.”

Ms Frett said she, however, decided to not let a pregnancy slow her down, vowing to do what it takes for herself and her young child.

As a result, sacrifices were made in terms of her career of becoming a Corporate Lawyer and having a national 4-year scholarship from the government of the Virgin Islands, “it was much easier to study in the US than the UK with a young baby at the time,” she said. 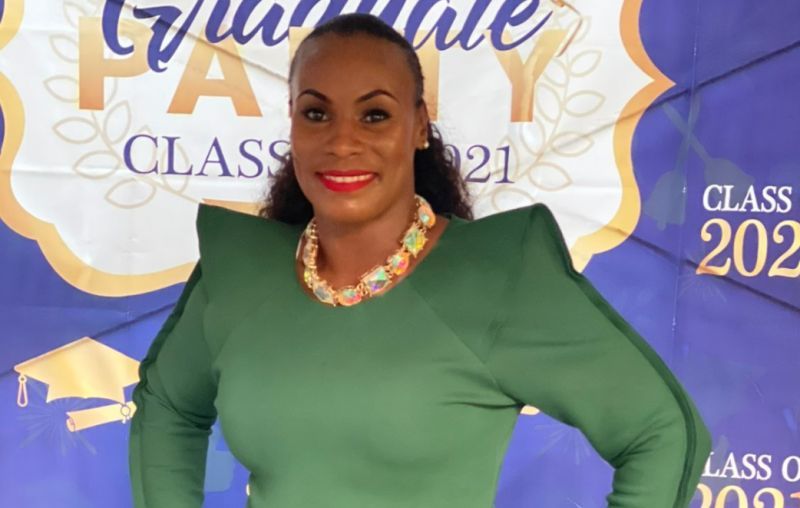 In a word of advice, Aqueelah T. Frett encouraged especially young mothers who may find themselves in a similar situation to never lose hope even when it seems like they are at the end of the road.

In a word of advice, Ms Frett encouraged especially young mothers who may find themselves in a similar situation to never lose hope even when it seems like they are at the end of the road.

“Life has many roads, many paths, you are only diverted to a different path. It is all about your choices, decisions and don't forget the consequences! God always have a bigger plan and purpose for your life,” she said.

Cekoi graduated with a 94.1 percentage grade, which is a 4.0 on the GPA scale and Ms Frett thanked all for the congratulatory message and support over the years.

She also expressed gratitude for personal support from grandmothers Mrs. Angela Hodge-Dasent and family along with Ms. Angela Walters and the entire family in Virgin Gorda.