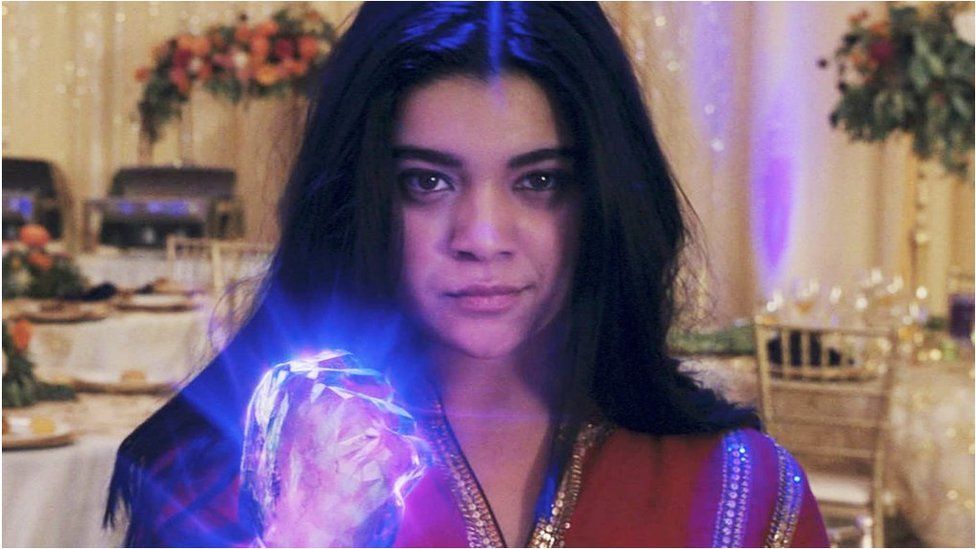 She struggles to fit in until she gains superpowers, becoming Ms Marvel.

In a five-star review, The Guardian said: "She's funny, charming and effortlessly bats off preconceptions."

The paper's TV critic Lucy Mangan wrote: "Normally, you would fear for a young actor, but Vellani seems so born to the purple [the colour of her powers] that you almost have to shrug and say, as an elder might to a nascent superhero in - oh, I don't know, the MCU [Marvel Cinematic Universe] perhaps - that it is her destiny."

Mangan said the two available episodes of the six-part Disney+ series were "full of charm, wit, warmth, brio and truth".

Marvel superheroes have been leaping off the pages of comic books and onto TV and film screens since the 1970s, but more recently there have been attempts made to diversify its characters.

Early in the new series, Khan notes the lack of superheroes that look like her. "It's not the brown girls from Jersey City who save the world," she sighs, focusing her attentions on being an artist, vlogger and Avengers superfan instead.

However, that that soon changes when she happens upon an old bracelet that belonged to her reputedly mystical great-grandmother.

"The bangle allows her powers to be tied to Kamala's Pakistani heritage and the trauma of Partition in particular," Mangan continued. 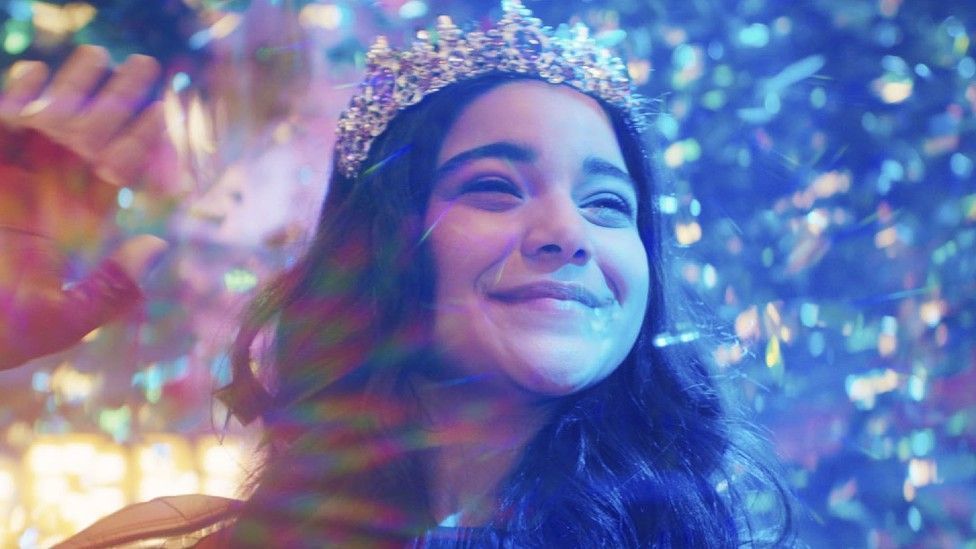 The Disney Plus series is her first on-screen appearance

In a four-star review, the Financial Times said Vellani's on-screen debut "charms" in "an adventure story as much about heritage as battling evil".

Journalist Dan Einav described the series, which depicts the Khans as an ordinary family, as "a small yet significant piece of pop culture history".

He wrote: "That Kamala is a practising Muslim of Pakistani origin isn't treated as incidental.

"Like the recent Pixar film Turning Red (and everything from Bend It Like Beckham to The Big Sick), the series humorously and sensitively reflects on the cultural gulf between parents rooted to tradition and children caught between their sense of identity and the desire to assimilate."

Khan first appeared in a solo comic book series in 2014, and Rolling Stone magazine described the character as "a genuinely great addition to the Marvel superhero ranks in print".

Alan Sepinwall's review of the streaming adaptation said that, in the first two episodes, she is still a "fascinating" character in the context of an on-screen teen drama, but cast doubt on her "uninspired" superhero credentials.

"The best and worst thing I can say about Ms Marvel is that there are long stretches where it's easy to forget it's a Marvel show," he wrote.

He added: "The show's first two instalments do such a strong job of establishing Kamala, her family, her friends... and the local Muslim community, that the MCU tie-ins can feel almost beside the point."

Her newfound superpowers, he underlined, serve as "a metaphor for Kamala trying to expand what she can be beyond familial and societal expectations". 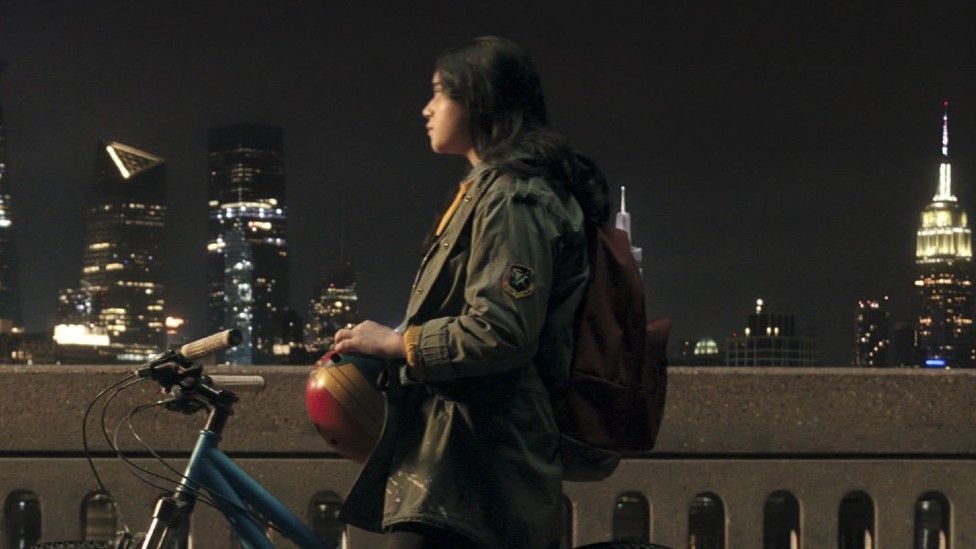 Vellani will reprise her role in the upcoming movie The Marvels

The actress, who secured the role at an open casting call on her last day of school, seems to agree with his assertion, telling The Express Tribune: "I think that's the main theme of our show - to subvert expectations and throw away all the labels and become your own person."

She noted how her Pakistani heritage was something she had been "very dismissive about" and "disconnected from" before making the show.

While noting the efforts of the producers to improve representation, The Independent judged Ms Marvel to be "brash, tolerable and very much made for kids".

Critic Nick Hilton wrote: "I'm not here to review good intentions - indeed, Marvel is such a rampantly commercial enterprise that there are doubtless cynical motives at play here - but it's refreshing to see such commitment to creatives of South Asian origin leading a high-profile project."

He noted that the series was written by British-Pakistani comedian Bisha K Ali and directed by Belgian duo Adil & Bilall. "The creative influences are far more Michel Gondry and Edgar Wright than anything from South Asian film, but the whole thing is infused with a deep love of South Asian culture all the same," he said.

"But I suppose the only real question is whether this works as a superhero property."

For Empire magazine, the answer to that question was yes. In a four-star review, Destiny Jackson wrote: "Frothy and fun, Ms Marvel's opening act is relatively lightweight, but for both adults and its teen target audience, it's a compelling and unique addition to the MCU.

"For those who can roll with the punches of the awkward-but-relatable approach, there is much promise here."