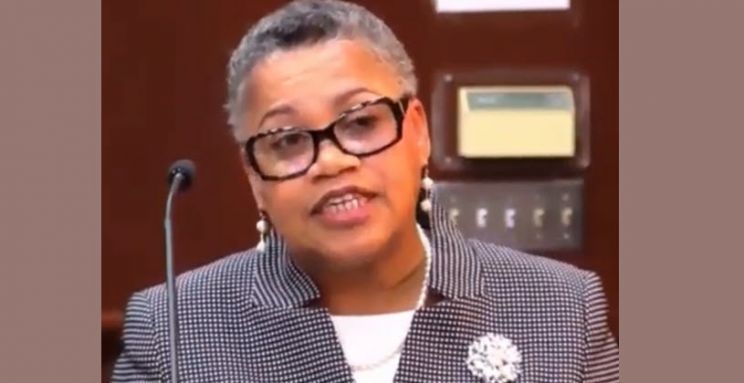 The Hon. Dame Janice M. Pereira, DBE Chief Justice of the Eastern Caribbean Supreme Court has dismissed an appeal brought by Myett's against 12 of their employees relating to the non-payment of severance following the 2017 hurricanes.
The decision was handed down on May 19.

According to the court documents, following the 2017 weather events, Myett's informed its employees that it would not be able to continue their employment. Since then, the employees have not been recalled back to work. The employees subsequently demanded payment in lieu of notice and severance pay as a result of, what they say is, their termination.

Myett's responded stating that it owed no money to the employees because their employment was temporarily suspended as a result of an act of God, being the passage of the hurricanes.

As a consequence, the employees filed a claim for pay in lieu of notice and severance pay under the Labour Code, 2010 on the basis that Myett's had effectively terminated their employment. Myett's filed a defence to the claim asserting that their employment was never terminated, but suspended and that any interruption in the respondents' employment was caused by a force majeure or an act of God, being the passage of the hurricanes.

The court document stated further that Myett's declared that, in these circumstances, the employees would not be entitled to pay in lieu of notice or severance pay.

Subsequently, the employees made an application seeking, among other relief, summary judgment on the basis that Myett's had no real prospect of successfully defending the claim. They claimed that Myett's pleaded defence of force majeure and/or act of God did not provide a defence to their claim under the Labour Code.

During the high court hearing of the matter, the Master granted summary judgment in favour of the employees for an amount to be assessed.

Myett's appealed the High Court decision contending that the Master misinterpreted the relevant provisions of the Labour Code in finding that there is a requirement for employees to be provided with notice or pay in lieu thereof and severance pay in the circumstances of a force majeure and/or an act of God. Myett's maintained that the employees were not terminated, but temporarily suspended and therefore not entitled to severance pay and pay in lieu of notice. Myett's also argued that the master erred in bifurcating the issues of liability and quantum on the summary judgment application."

Chief Justice Pereira said after listening to both sides, she was not persuaded on the evidence, that Myett's had merely temporarily suspended the employees.

Following that letter, a subsequent letter penned by Managing Director of Myett's Mr. Kareem Rhymer, to the Labour Commissioner said among other things that: "We [Myett's] were forced to go out of business due to the disasters and therefore have no jobs for them and no money to pay them severance pay at this time, through no fault of ours. We have given them letters of permission to seek work elsewhere. Some have already secured jobs in the territory."

The Chief Justice remarked said "On any view, these statements are wholly inconsistent with Ms. Penn's (attorney for Myett's) very submission before this Court that Myett's intended to re-engage the respondents. It seems to me to be quite incompatible with a temporary suspension for an employer to be wishing its employees well in their future endeavours as well as encouraging them to seek other employment. Indeed, these statements, when considered together with the fact that Myett's has not given any indication of when it will re-engage the respondents, clearly suggest a termination of their employment."

the Chief Justice noted that Myett's appeal against the decision of the Master cannot prevail; hence, the appeal was dismissed.

The Chief Justice also ruled that Myett's shall pay prescribed costs to the employees on the appeal. The matter will go back to the High Court for an assessment of damages.

Along with the Chief Justice, Ag. Justice of Appeals the Hon. Mr. Paul Webster and the Hon. Mr. Anthony Gonsalves were presiding over the matter.