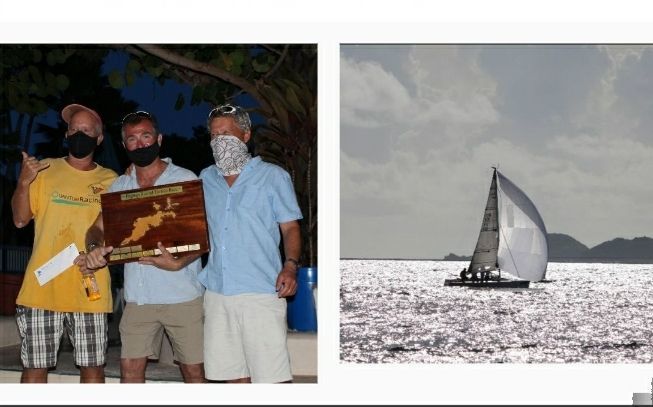 The Nanny Cay Round Tortola Race will take place on Saturday, November 13, 2021. Entries are invited to compete in Racing, Cruising and Multihull Classes.

The course for those attempting the Nanny Cay Challenge for the Round Tortola Record, takes the fleet anti-clockwise around Tortola leaving Beef Island, Scrub Island, Great Camanoe and Guana Island to port.

According to the Royal BVI Yacht Club, slightly shorter alternative course offers competitors more tactical choices with the option to choose their route around Scrub, Great Camanoe and Guana after leaving Beef Island to port.

The final stretch will see all competitors pass Steele Point, wiggle through Soper’s Hole before returning to finish at Nanny Cay.

The Nanny Cay Challenge was launched in 2010 when yachts visiting the BVI were invited to make an attempt to beat the latest Round Tortola Records. The NCC can be attempted any-time any-day but must start and finish off Nanny Cay, circumnavigate in an anti-clockwise direction and leave Beef Island, Scrub Island, Great Camanoe and Guana Island to port.

During the 2019 BVI Spring Regatta the monohull and multihull records were both smashed. Bieker 53 Catamaran, Fujin posted an elapsed time of 1:57:16 whilst E1 the Volvo 70 skippered by Rafal Sawicki set a new monohull record of 2:53:08.

Record breakers will receive a free dinner for up to 15 crewmembers and champagne at the beach side Peg Legs compliments of Nanny Cay. They will also have their names added to the perpetual trophy.

Challengers must pay an entry fee of $250 which is donated to a VI charity of the challenger’s choice.