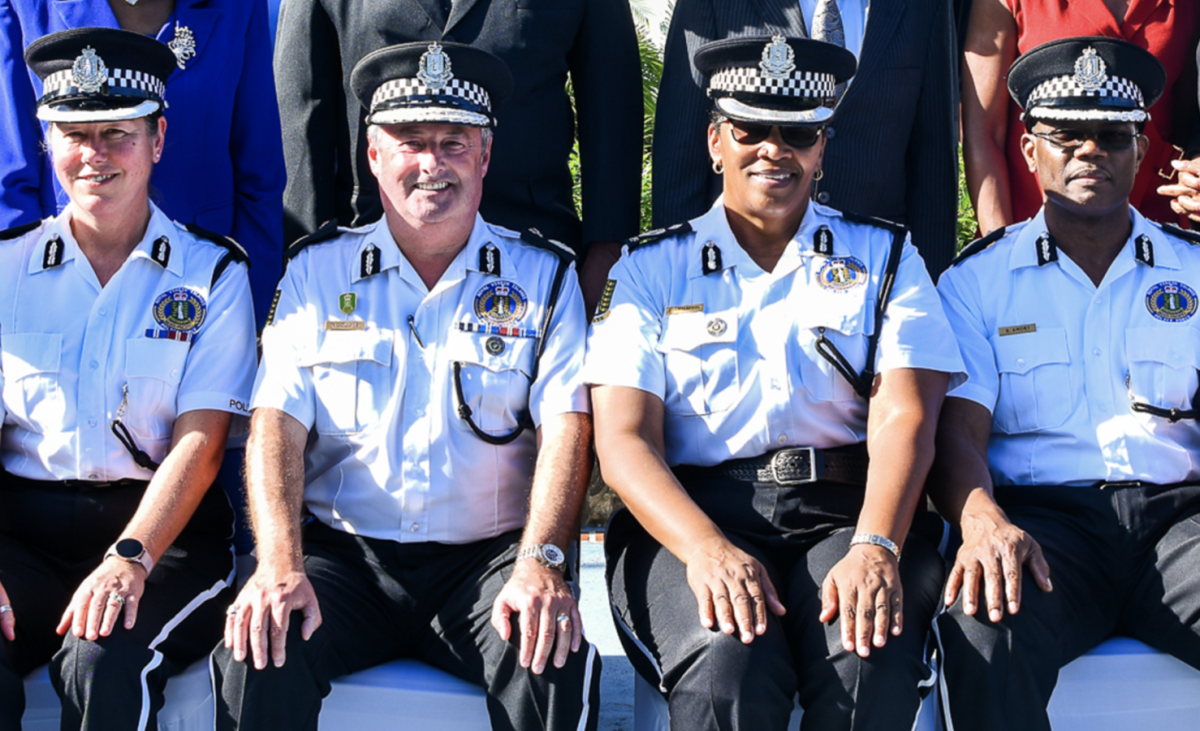 The two Deputy Commissioners, St. Clair Amory and Jacqueline Vanterpool, officially received their certificates of appointment yesterday afternoon from His Excellency the Governor John Rankin, while Pam Trevillion was sworn in as the new Assistant Commissioner in a short ceremony at the Governor’s House.

Those gathered, which included the Premier, Deputy Governor, Deputy Premier and other members of the National Security Council as well as members of the Police Service Commission headed by Ms Rosalia Gardener, who were on hand to witness the event.

While pledging his support to the new commanders, the Governor detailed the journey of the three officers through law enforcement noting the years of education and training that each officer brings to the table. Deputy Premier Kye Rymer also expressed his support to the new appointees and his delight in being part of the process in their selection.

Commissioner of Police Mark Collins, in his remarks, noted the unusually long, but necessary process in filling the top three posts essential to support his work as Commissioner.

“While the process took a long time, I am confident we have selected the best candidates for the positions as we take the Royal Virgin Islands Police Force into this new season,” he said.

He congratulated the two deputy appointees and noted that neither were new to the Force but are well-seasoned veterans in law enforcement.

He stated that Ms Vanterpool’s appointment made history for the Royal Virgin Islands Police Force.

“Jacqueline Vanterpool…is now the first female Deputy Commissioner. Female officers are making their mark in this male-dominated profession of law enforcement not just here but all over the world and, for sure, are moving up the ladder swiftly, confidently, and commendably. She is one of those officers,” he said.

Commissioner Collins also congratulated Pam Trevillion who was sworn as Assistant Commissioner of Police and welcome her onboard. He noted that Ms Trevillion, another first for female officer in the post of ACP, is a veteran law enforcer having reach the rank of superintendent in the United Kingdom. 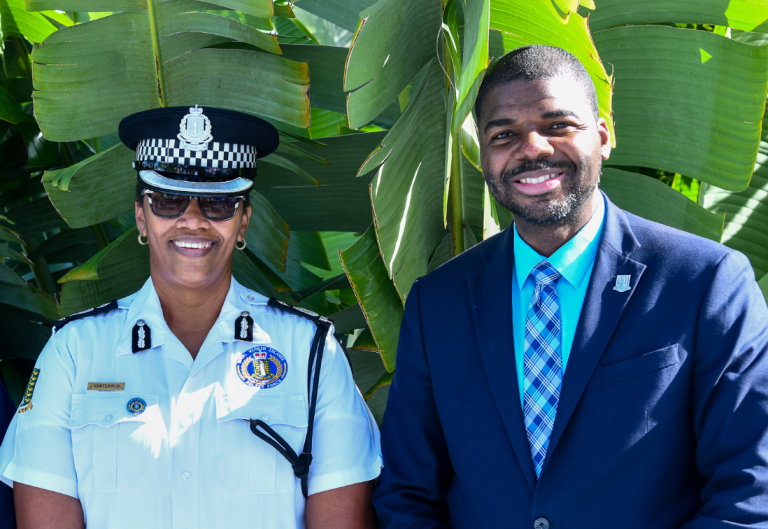 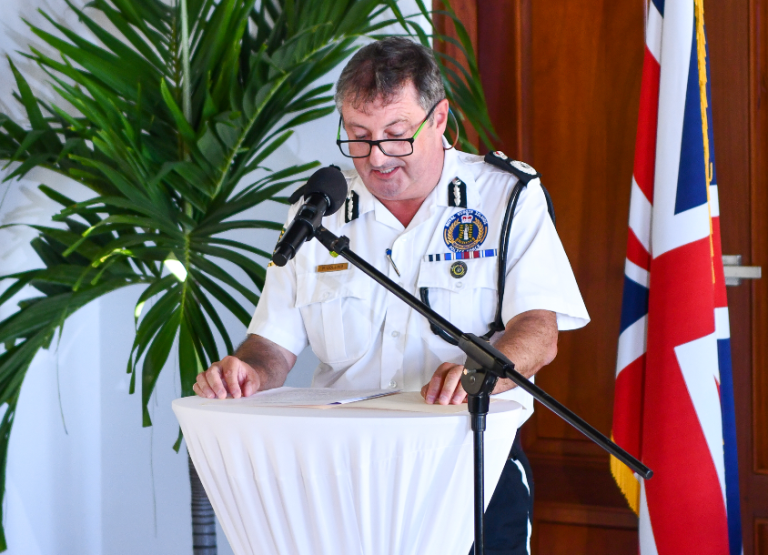 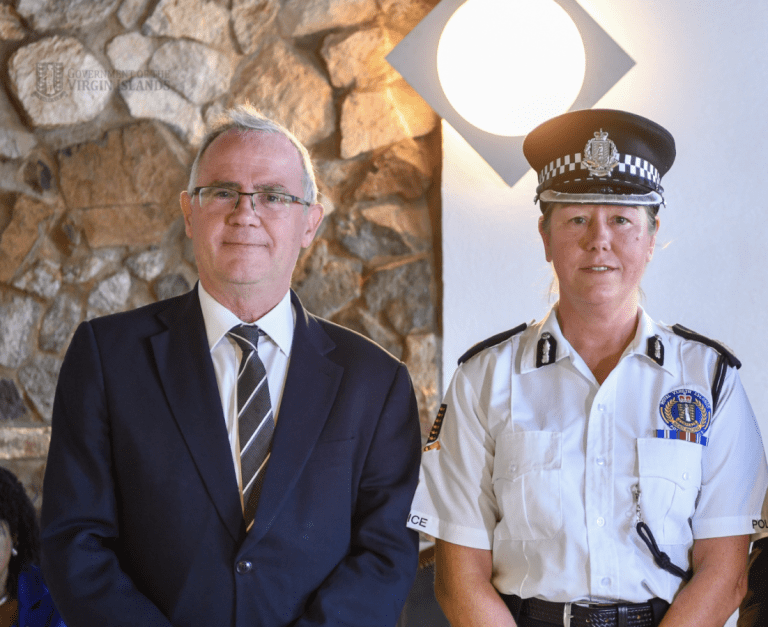 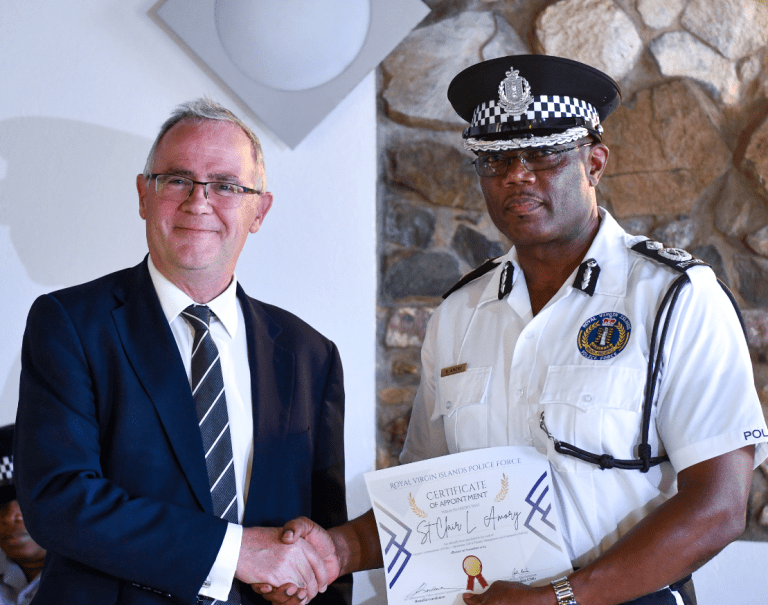 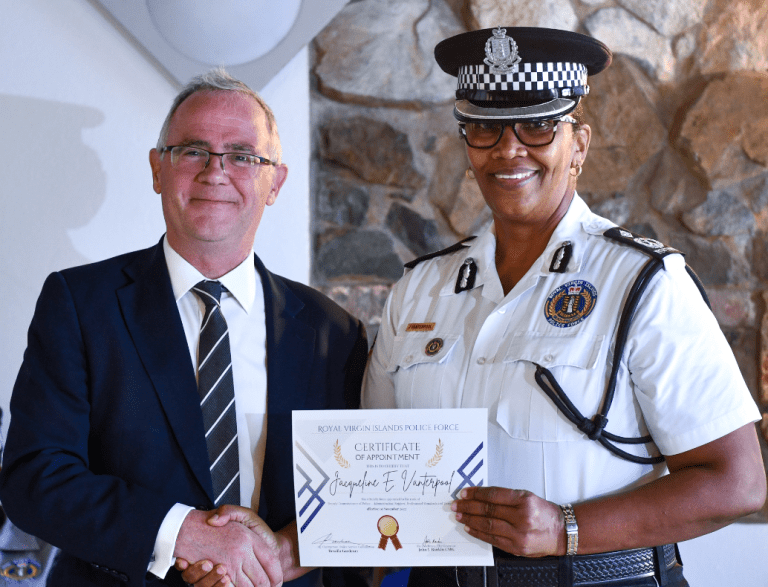