Information reaching our newsroom from credible sources close to the situation is that the man to replace outgoing Commissioner of Police Mr Michael B. Matthews is already on island.

It is unclear when exactly Mr Mark Collins, a UK national, arrived in the territory.

This has raised questions in some quarters, as it patterns that of the arrival of Governor John J. Rankin, CMG, who arrived in the territory even when the outgoing Governor at the time, Augustus J. U. Jaspert, was still on island.

Traditionally, in all the Overseas Territories, governors leave sometimes up to a month before their successor takes over.

This has also been the case with police commissioners.

Before Mr Jaspert departed the island in January 2021; however, he called a suspicious Commission of Inquiry into governance, after allegedly being at constant loggerheads with the Andrew A. Fahie-led Administration, who he was accused of trying to bully.

Mr Matthews, a good buddy of the ex-governor Jaspert, will have his last day on the job on April 19, 2021, according to sources.

The UK national, who previously served as Chief Constable of the Cyprus Sovereign Base Area (SBA) Police Force, was appointed Police Commissioner in the Virgin Islands in April 2016 for three years and received an extension of two years on his contract in April 2019.

The CoP; however, has recently been under immense pressure with a rise in violent crimes involving guns, including high-powered weapons, in the territory. This is a manifestation never seen before in the Virgin Islands.

Mr Matthews has blamed the community for not giving the police information; however, many have said while they want to see crimes deescalate and perpetrators brought to justice they are distrustful of the police. 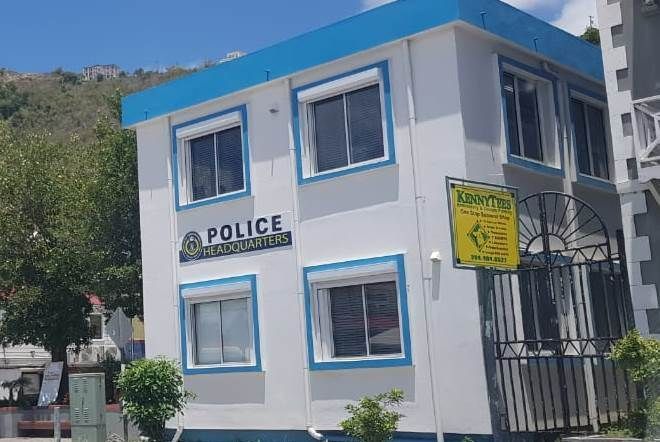 Mr Michael B. Matthews, a good buddy of the ex-governor Augustus J. U. Jaspert, will have his last day on the job on April 19, 2021, according to sources. 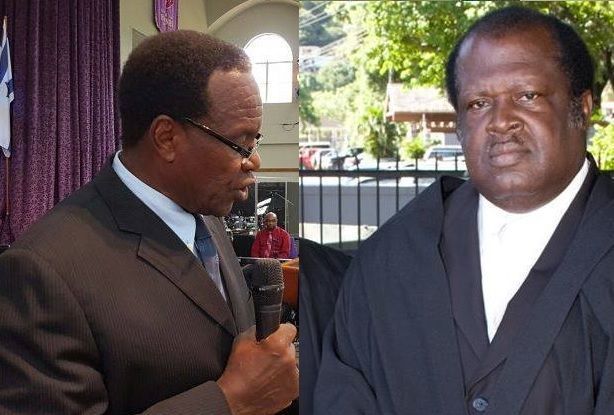 Mr Reynell E. Frazer, left, and Mr Vernon E. Malone, right, are the only two locals to serve as Commissioner of Police since the Royal Virgin Islands Police Force (RVIPF) was formed in 1967.

When the UK CoP had first arrived in the territory, he quickly developed a reputation of being of friendly demeanour and approachable and one who paid attention to public relations via the media.

He; however, came under criticism last year when his ranks were accused of using excessive force during arrests, including tasing of persons in non-threatening situations.

Mr Matthews was quick to defend his ranks, despite the wave of public condemnation against the actions of the police.

CoP Matthews was also under fire for the RVIPF’s inability to address the vexing issue of motor scooter riders brazenly disregarding traffic rules and being a nuisance to the motoring public and the community at large.

Additionally, there were reports of low morale among officers and lack of camaraderie. The latter came out in full display on April 22, 2020, when two of his officers were engaged in a verbal spat, which almost turned physical over what was allegedly bad parking by the entrance of the One Mart Supermarket in Purcell Estate.

The incident was captured on video and shared on social media.

Mr Matthews’ own officers have also accused him of bypassing them for top posts in favour of UK nationals.

Mr Matthews had replaced another UK national as CoP, Mr David Morris, whose appointment had caused controversy since there were on-going formal complaints against him, including allegations of unfair dismissals and abuse of authority. 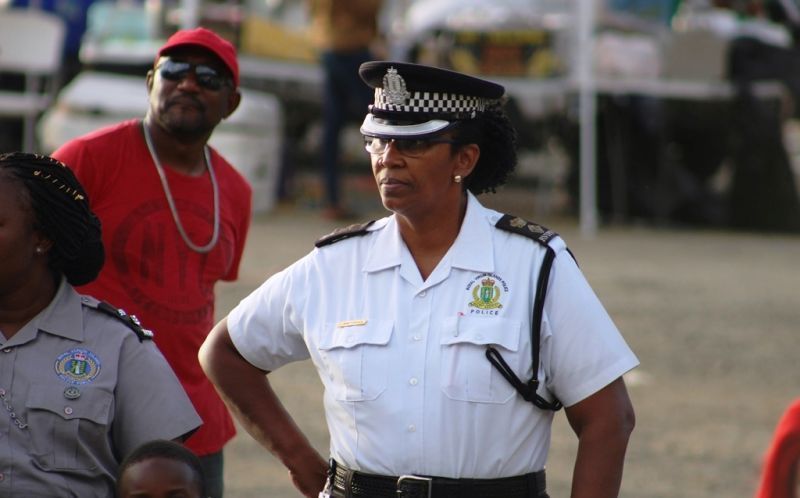 The one popular local and female officer that persons felt could have filled the position of Police Commissioner of the Royal Virgin Islands Police Force (RVIPF), Jacqueline E. Vanterpool, did not apply for the job, according to our sources.

Meanwhile, the appointment of Mr Collins came amidst community outcry that the Commissioner's post should be held by a local.

There have been only two local Commissioners of Police since the RVIPF was formed in 1967.

The Virgin Islands last had a local Police Commissioner in Mr Reynell Frazer, who retired in 2012.

The tenures by both local Police Commissioners were regarded as successful, proving that locals can effectively serve in such an important post.

Political observers have also said it appears there is a strong effort by the United Kingdom to keep the position of CoP occupied by a white male.

It should be noted; however, that the one popular local and female officer that persons felt could have filled the position letf vacant by Mr Matthews, Jacqueline E. Vanterpool, did not apply for the job, according to our sources.

Premier and Minister of Finance, Hon Andrew A. Fahie (R1), who has advocated for locals to fill top posts in the territory, had confirmed that no locals were prepared for the job.

“The future belongs to the prepared and this is why we have to continue to ensure that we prepare our people for all these jobs,” Hon Fahie had said on the Tuesday, January 12, 2021 edition of the Honesty Speaking show.