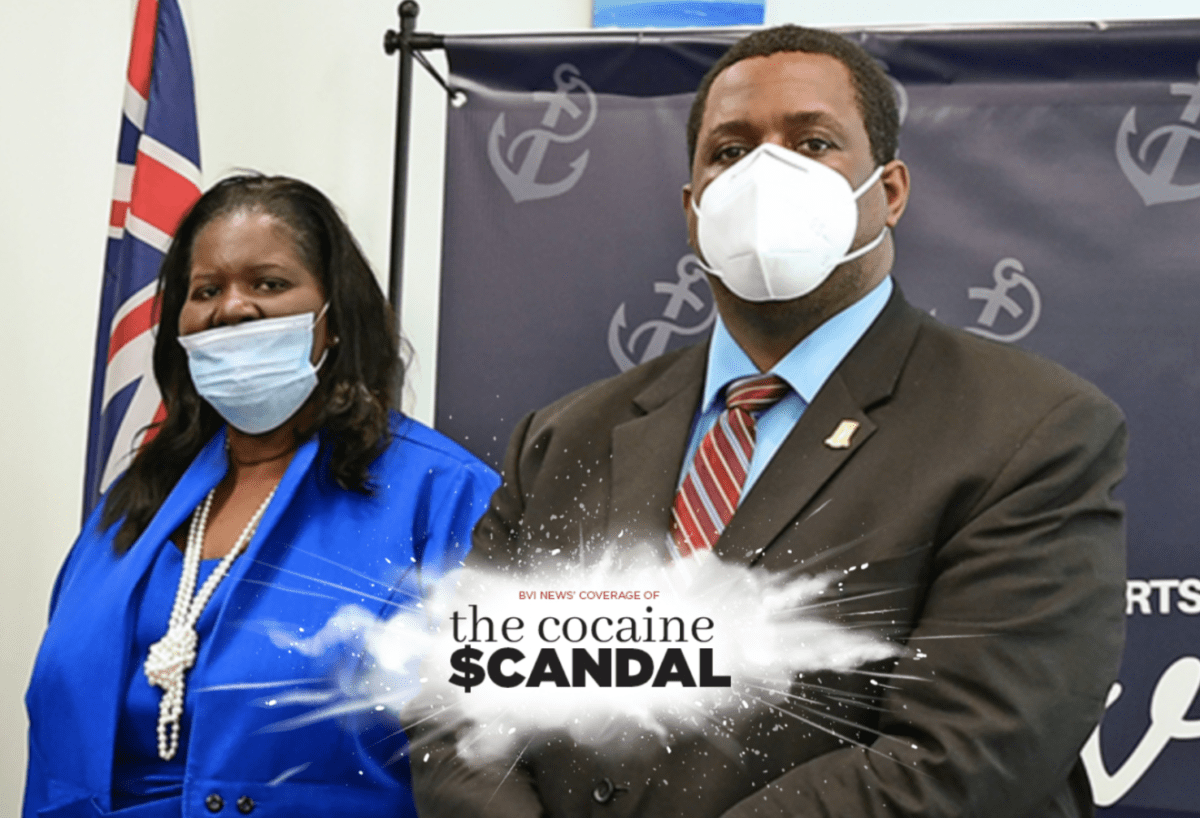 A grand jury indictment has charged former Premier Andrew Fahie and his co-accused Oleanvine Maynard — the former Managing Director of the BVI Ports Authority, with Interstate and Foreign Travel in Aid of Racketeering.
The racketeering charge was added in a superseding indictment filed yesterday, November 9 by US Attorney Juan Antonio Gonzalez and Assistant US Attorney Shane Butland in a Miami court in the United States.

A superseding indictment is a formal accusation brought by a grand jury that replaces a previously filed indictment and changes, adds, or deletes charges and/or defendants.

According to the new charge, the duo knowingly travelled in interstate and foreign commerce with the intent to promote, manage, establish, carry on, and facilitate the promotion, management, establishment and carrying on of an unlawful activity, that is a business enterprise involving narcotics or controlled substances, in violation of Title 21 of the United States Code, Section 963.

No additional charges were filed against their co-accused, Kadeem Maynard aka ‘Blacka’ who is the son of Oleanvine. Blacka was first arrested in St Thomas, USVI before being taken to Miami where he is currently incarcerated along with his mother.

The charge of conspiracy to import a controlled substance carries a maximum penalty of life imprisonment and a maximum fine of $100,000 upon conviction.


Meanwhile, the new indictment also ties in forfeiture allegations for the three accused locals and could see them losing ownership of any property held in the United States if they are convicted.

According to the indictment, the defendants shall forfeit to the United States any property constituting, or derived from, any proceeds obtained, directly or indirectly, as a result of such offence, and any property used, or intended to be used, in any manner or part, to commit, or to facilitate the commission of, such offence, pursuant to Title 21, United States Code, Section 853.

If convicted, the trio is also required to forfeit any property, real or personal, which constitutes or is derived from proceeds traceable to the offences outlined in the new indictment.

The court document further noted: “If any of the property subject to forfeiture, as a result of an act or omission of the defendants either cannot be located upon the exercise of due diligence; has been transferred or sold to, or deposited with, a third party; has been placed beyond the jurisdiction of the court; has been substantially diminished in value; or has been commingled with other property which cannot be divided with difficulty, the United States shall be entitled to the forfeiture of substitute property”.
#Fahie