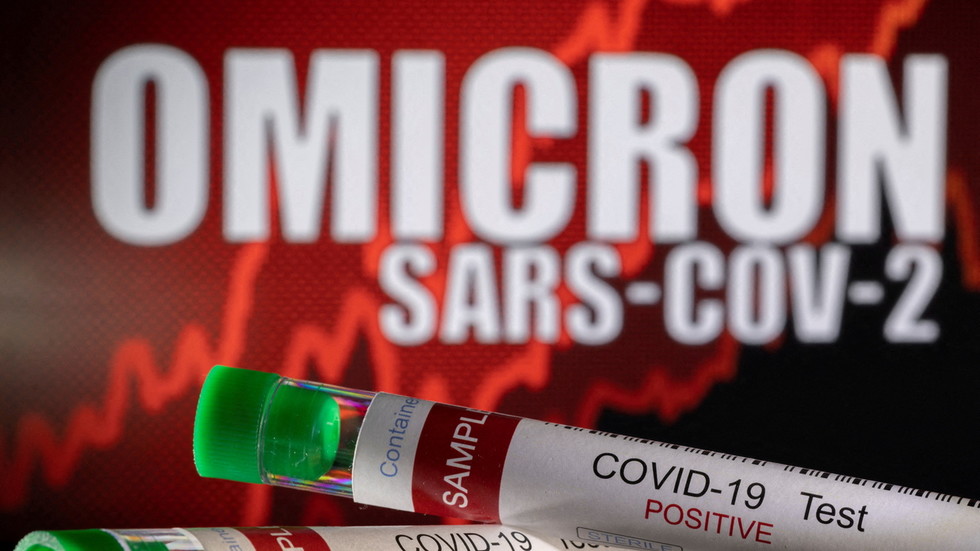 With the Omicron variant of Covid-19 becoming dominant worldwide, its symptoms thankfully range from mild to moderate. However, the new strain has caused some previously-unreported symptoms, including nausea and vomiting.
While the Omicron variant of the coronavirus can cause the classic symptoms of Covid-19 ​​– fever, persistent headaches, and a loss of smell or taste, it can also cause the symptoms of a traditional cold. The five most common symptoms logged in Britain’s ZOE Covid tracking app are indistinguishable from those of the common cold: a runny nose, headaches, fatigue, sneezing, and a sore throat.

However, some people infected with Omicron have suffered nausea and vomiting, Tim Spector, professor of genetic epidemiology at King’s College London and one of the founders of ZOE, told the Daily Express on Sunday. Spector added that these symptoms were reported by fully vaccinated people, as well as some who had received booster shots.

Earlier, the ZOE study revealed a loss of appetite as a symptom of Omicron infection.

The similarities between Omicron and cold symptoms come amid reports that the new strain of the virus is more transmissible but significantly less virulent than its predecessors. Nevertheless, the spread of Omicron has prompted a tightening of restrictions in the UK, and the declaration of a “major incident” by London Mayor Sadiq Khan. Despite the fact that vaccines appear ineffective against Omicron, the British government has stepped up its booster shot campaign, with NHS staff administering jabs on Christmas Day and the government aiming to offer everyone in Britain a booster shot by the end of the year.

Aside from the instances of nausea and vomiting, Spector said that Omicron’s cold-like symptoms shouldn’t make anyone complacent. “Hopefully people now recognise the cold-like symptoms which appear to be the predominant feature of Omicron,” he wrote on ZOE’s website last week, adding that people should “change their behaviour,” and begin “wearing face masks again, cancelling parties and working from home more” to slow the spread.
#Coronavirus  #Vaccines  #COVID-19  #Covid