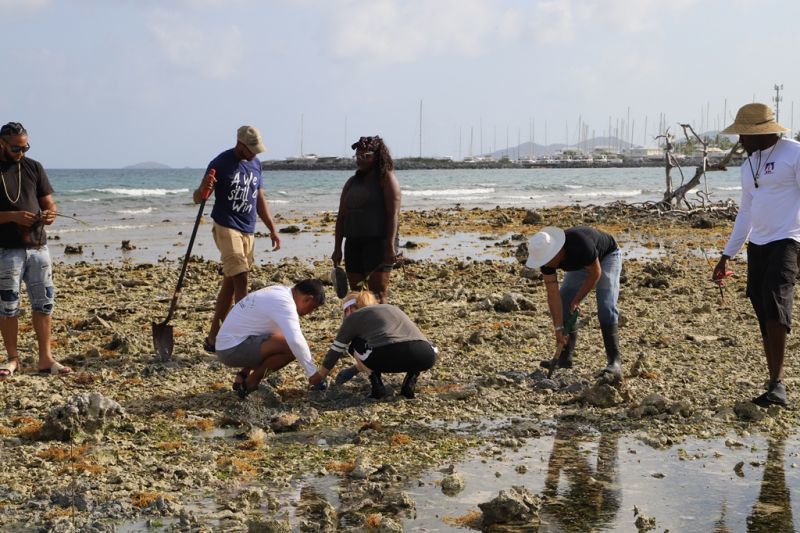 As part of their overall thrust of pursuing projects that offer protection and restoration of the environment, the newly formed Rotary Club of Central Tortola has embarked on a mission to partner with local agencies to replant hundreds of mangroves lost to the 2017 hurricanes.

The club plans to deploy its members and other volunteers on a quarterly basis to replant mangroves across the territory’s shoreline in coordination with the managers of the Mangrove Nursey at the H. Lavity Stoutt Community College, the Ministry of Natural Resources, Labour and Immigration, as well as other local stakeholders. 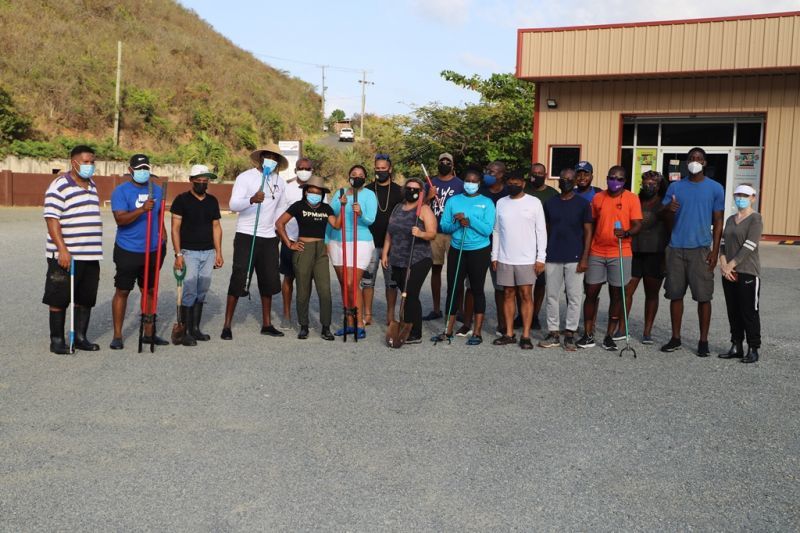 As part of their overall thrust of pursuing projects that offer protection and restoration of the environment, the newly formed Rotary Club of Central Tortola has embarked on a mission to partner with local agencies to replant hundreds of mangroves lost to the 2017 hurricanes.

Club President, Nelcia St Jean disclosed that the club embarked on its first mangrove planting exercise on Saturday, April 17, along the Sea Cows Bay Road. In conjunction with officials from the HLSCC nursery, some 130 seedlings were planted.

“Supporting the environment is Rotary's seventh area of focus, which are categories of service activities supported by global grants. We are keen to become fully involved in projects that are sustainable and promote the protection of our ecosystem here in the Virgin Islands,” St Jean stated.

The President added, “We have aligned with the mangrove initiative by replanting mangrove seedlings which are so needed to assist with the restoration of damaged coastlines due to storm surge and manmade factors. Mangroves are extremely important as they help build the Territory’s resilience to future effects of storms and climate change. We believe that working together, we can rebuild the mangrove habitat, one mangrove at a time.”

Honourable Vincent O. Wheatley (R9), the Minister for Natural Resources, Labour and Immigration, recently acknowledged the several community groups including the Youth Empowerment Project, and others who have planted 860 seedlings at Sea Cow's Bay, Frenchman's Cay, a damaged section of Paraquita Bay and Beef Island.

According to Honourable Wheatley, some 155 volunteers from community groups, youth organisations and private sector entities engaged in planting or educational activities related to mangroves restoration and increasing coastal resilience.

A further 107 persons from schools, community-based organisations and private businesses have been engaged in planting or hands-on education at the Mangrove nursery.

During the month of April alone, an additional 383 seedlings raised in the HLSCC mangrove nursery have been planted at new sites which include Brandywine Bay, Manuel Reef and North Sound around Bitter End Yacht Club.

Government is planning to introduce new environmental legislation which will create what will be known as Environmentally Sensitive Species, which will be afforded a higher degree of protection. Honourable Wheatley has announced that the first species to be listed, once the legislation is passed, will be mangroves.

The Rotary Club of Central Tortola was officially charted on January 15, 2021, as the fourth Rotary Club in the Virgin Islands.