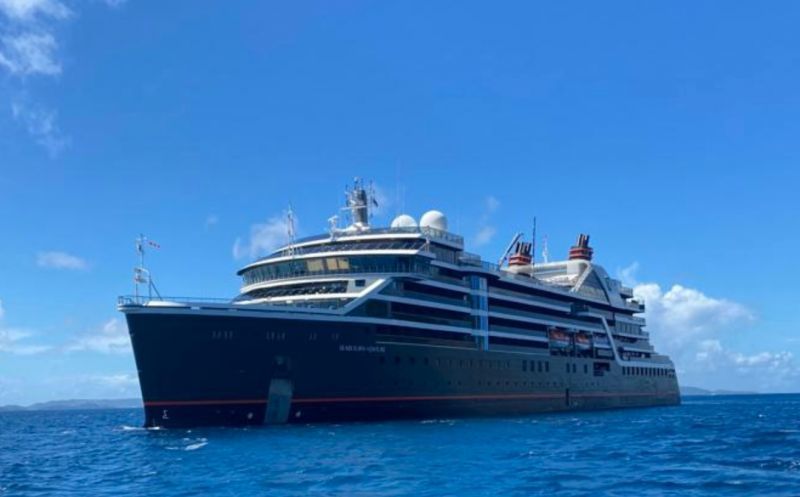 The Government of the VI on Sunday, October 9, 2022, welcomed the Seabourn Venture to Jost van Dyke, with Deputy Premier and Minister for Communications and Works, Honourable Kye M. Rymer (R2) presenting a plaque to Captain Stig Betten on behalf of the Government and people of the Virgin Islands (VI), to commemorate the inaugural visit to the Territory.

According to Hon Rymer, the Seabourn Venture was on a repositioning cruise to Antarctica and made its inaugural call to Jost van Dyke. Additionally, the ship is brand new, as it was only launched in July 2022.

Hon Rymer added that it is an expedition ship, whereas more emphasis is placed on the experience ashore, the excursions, and discovering some of the world’s most remote regions by getting up close to the breath-taking natural environments.” 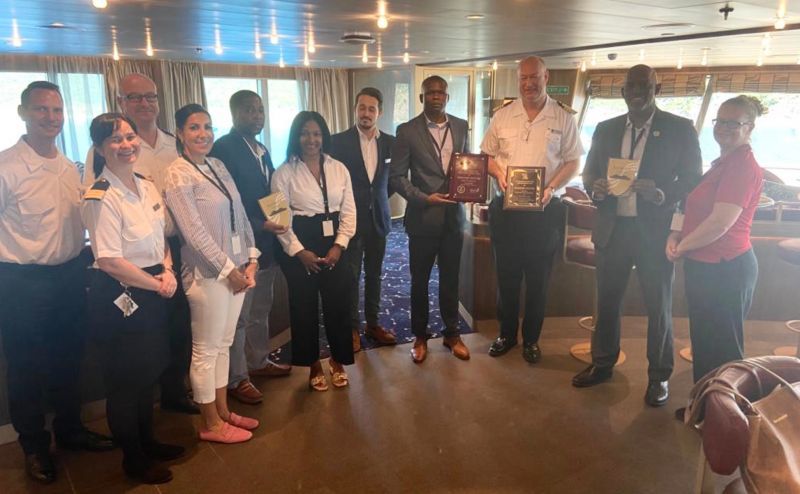 Honourable Kye M. Rymer (R2) presenting a plaque to Captain Stig Betten on behalf of the Government and people of the VI, to commemorate the inaugural visit to the Territory amongst government and other officials.

Media companies were onboard- Hon Rymer

Speaking to Virgin Islands News Online, Hon Rymer said “On this voyage, there were 177 passengers on board with some media companies that will also help in promoting the BVI globally.”

He said the Government is looking forward to welcoming more categories of smaller luxury cruise ships for the 2022/2023 season and thanked the ship’s agents, Romasco Group, for bringing the Seabourn Venture to the Virgin Islands.