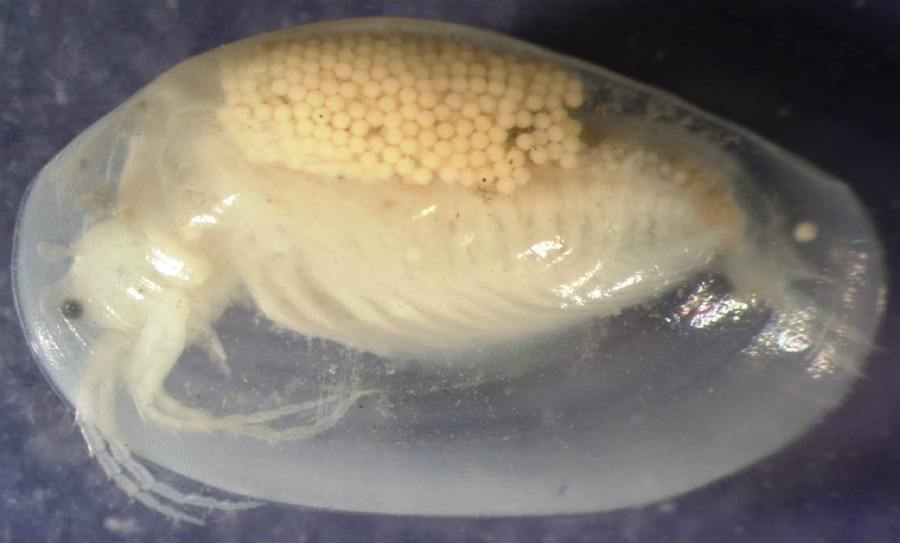 A species of a clam shrimp (Eulimnadia insularis) with fossils dating back to 390 million years ago has been discovered at the University of the Virgin Islands (UVI) campus on St Thomas, United States Virgin Islands.

News of the discovery was revealed in a special issue of the educational institution’s zoological studies publication on Wednesday.

According to the VI Consortium, the new species was found on the golf course of UVI. The University said this goes to prove how much of the biodiversity of the region remains undiscovered.

Notably, the discovery came when professors of the university teamed up on a project to make an inventory of the freshwater animals on the St Thomas.

In the aforesaid publication, Dr D Christopher Rogers from the University of Kansas and Dr Edwin Cruz-Rivera from UVI’s Department of Biological Sciences said the discovery was made after they compared the specimens found on the island to other species.

“It is very surprising that we would find a new species on a university campus that has been in use for decades and has a thriving biology programme,” Dr Cruz-Rivera, associate professor of biology reportedly stated.

He also said ‘relatively little’ is known of shrimp on St Thomas in comparison other islands such as St Croix, Puerto Rico, and St John.

Colonization appears to be recent

The report said the “peculiar occurrence and particular habitat of this species in a golf course at a university campus suggests a relatively recent colonization event”.

The report continued: “No previous samplings of this habitat exist to determine the age of the population with accuracy, but the golf course was constructed by the American Virgin Islands government in the early 1950s from an area that was originally part of the Bourne Field airport’s alternative runway, which was operated by the US Marine Corps until the end of World War II.”

It added that no fish were stocked as the ponds are seasonally astatic.

“Thus, the most logical route of introduction appears to be transport via aquatic birds which are commonly observed foraging in the area. During our surveys, Spotted Sandpipers were observed feeding in all the water hazards on the golf course, with at least four birds present per pond.”

These shrimp have a translucent shell that the animal’s entire body can be encased in the event it feels threatened.