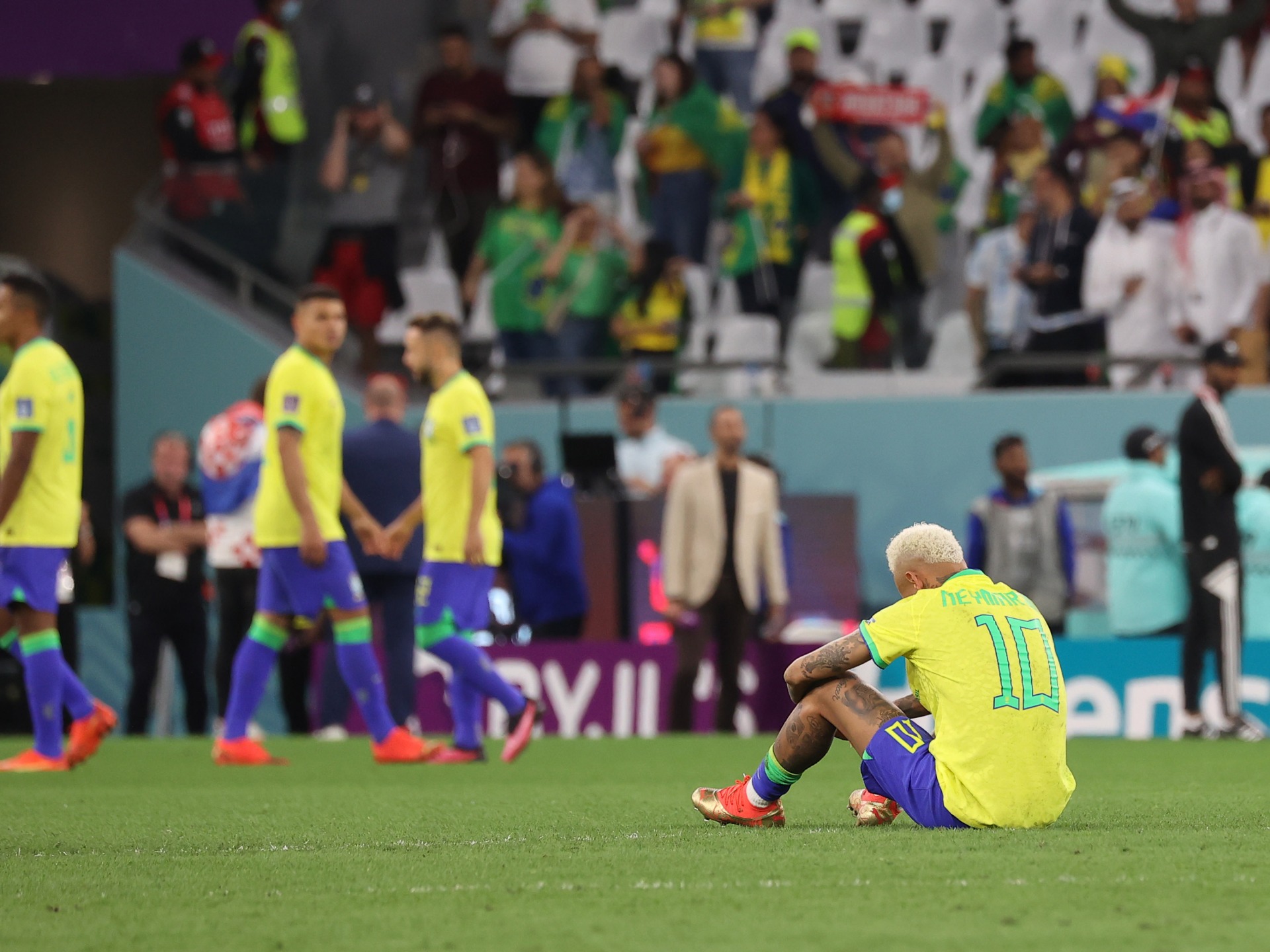 ‘I will not close the door to playing with Brazil, nor do I say 100 percent that I’ll come back,’ Neymar said.

Brazil’s Neymar says he is unsure if he will play for the national team at another World Cup after his side’s stunning loss to Croatia in their quarter-final match on Friday.

Neymar, playing in his third World Cup for the number one ranked Brazil, broke down in tears after Marquinhos struck the post in a penalty shootout, giving Croatia a 4-2 win.

“Honestly, I do not know,” Neymar, 30, told reporters in Al Rayyan, Qatar, after the heartbreaking defeat.

“I think talking now is bad because of the heat of the moment. Maybe I’m not thinking straight. To say that this is the end would be rushing myself, but I don’t guarantee anything either. Let’s see what happens going forward,” the ESPN sports network reported.

Neymar had hinted in November that Qatar could be his final World Cup.

“I can’t guarantee that I’ll play another [World] Cup,” he told Brazilian network Globo. “I honestly don’t know. I’ll play like it’s the last. Maybe I’ll play another one, maybe not. It depends. There’s going to be a coaching change and I don’t know if that coach will like me.”

Brazil’s crushing loss capped a bittersweet day for Neymar, the Paris Saint-Germain forward whose first-half goal, which put Brazil on top momentarily, tied him with Pele as his country’s all-time leading scorer. It was his 77th goal in 124 international matches.

“I want to take this time to think about it, think about what I want for myself,” he said.

“I will not close the door to playing with Brazil, nor do I say 100 percent that I’ll come back.”

The 30-year-old found the back of the net twice at the World Cup, his first goal coming in the last 16 in Brazil’s 4-1 steamrolling of South Korea after he sat out two group stage games due to an ankle injury he sustained in the team’s opening match against Serbia. 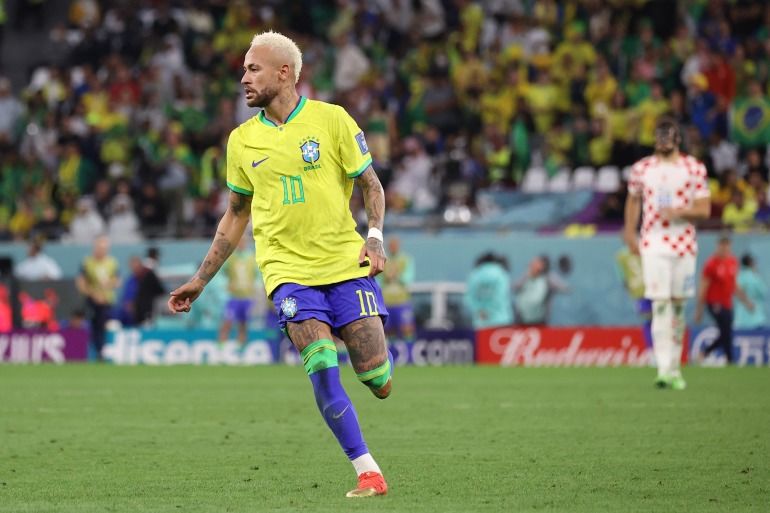 Neymar in action during the Croatia vs Brazil quarter-final on December 9, 2022, at Education City Stadium in Qatar
Neymar was slated to take Brazil’s fifth and decisive penalty kick but Croatian goalkeeper Dominik Livaković denied him the opportunity after shutting down Rodrygo then Marquinhos’s shot hit the post.

“He should have taken the fifth and decisive penalty,” Brazilian coach Tite told reporters. “The player with the most quality and mental skills is the one to be in charge in the moment when the pressure is high.”

Tite, who has led the Brazilian team for the past six years, announced his resignation as head coach following the shattering loss to Croatia.

“The cycle has ended, and I keep to my word,” Tite, 61, said following Friday’s game.

“There are other great professionals that can replace me. When their [Croatia’s] goalkeeper [Dominik Livaković] is the best player on the field, the game is talking to you. We had to be more effective in making goals. But did Brazil show their best? Overall, yes.”

Neymar, who has not yet hoisted a World Cup, despite a storied career, was a crucial component of Brazil’s quarter-final run in Russia four years ago when the team was beaten by Belgium. He has won two LaLiga titles, four Ligue 1 titles, a Champions League trophy and a Copa Libertadores.

Veteran Brazil defender Dani Alves, who consoled Neymar on the field following the Croatia match, also announced he will be retiring from international play but said he would continue competing in club leagues.

In one of the more touching post-match moments, the son of Croatian forward Ivan Perisić rushed to comfort a tearful Neymar as he and Alves embraced each other at midfield.