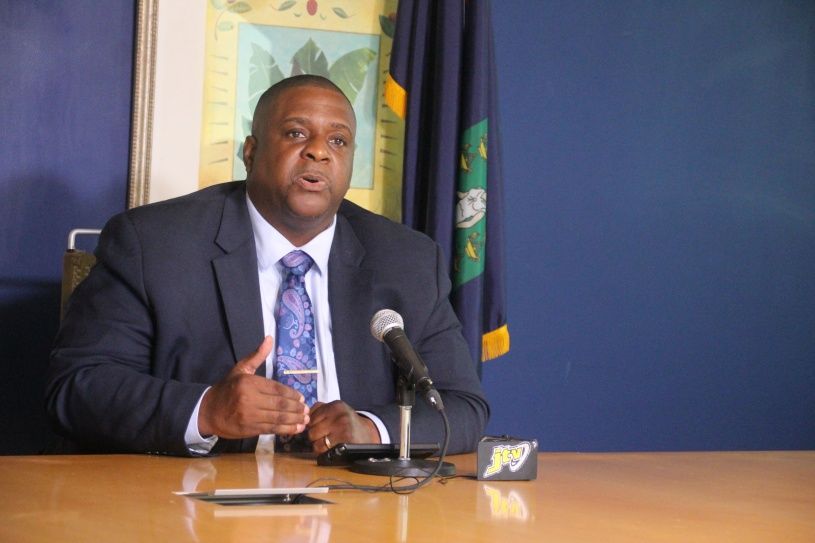 No Airport Without Expansion – Premier

Premier and Minister for Finance Hon. Andrew Fahie has expressed the dire need for an expansion of the main T. B. Lettsome International Airport on Beef Island, stating that there would be no airport without an expansion.

The Premier’s comments were made during Monday’s sitting of the House of Assembly while he was responding to questions from Hon. Julian Fraser, Third District Representative regarding the $20 developmental fund that is collected from passengers to be used for the development of the BVI Airport Authority (BVIAA).

The Premier explained that some of the funds went to areas such as purchasing three firetrucks, paying salaries and other operational costs. He also stated that there are constant deficits although government tried to subsidize the BVIAA.

He stated: “Because the airport is in need of the project which everyone shuns from, the need to extend the airport to have as we say in our culture, the dance pay for the lights is urgent.”

Hon. Fraser questioned him on whether it would be a good idea if government replenished the fund, to which he replied that it was a noble idea; however, the government is facing challenges at the moment.

“It would be the best thing to do, but central government does have some challenges financially in terms of high demands and limited resources coming in the wake of two category five [hurricanes] and still in the middle of the rough seas of COVID-19, those cannot be discarded when we are talking about the finances of this country. However, we continue to survive, but we must recognize that it is not business as usual," he opined.

Airport Has Ability To Pay For Itself

Premier Fahie said in the long run, the airport, with expansions, would be able to be financially stable.

“The airport can eventually, as the numbers show, pay for itself with some expansion; we are not going to go into the almost $200 million that was being proposed before our time, but at this time, all indications as we work with the Recovery and Development Agency (RDA), we are looking at least 1000 to 1,500 feet and how we go about the funding of that because that would call also for some work to be done on the terminal, but it will be done in project management independent of government," he told the House of Assembly.

The Finance Minister added "But it still needs to be done, until you do that Member [Hon. Fraser], central government will continue to put more money into BVIAA and also the need would come in where that fund would have to be used just for developmental reasons.”

He explained that because of the pandemic, government had to pump more money to keep the airport afloat, “But the longer-term solution is the projection from all consultancies done on the airport shows that we can have the airport paying for itself without any subsidies from government any further, but it would require the expansion.”

He added: “The truth of the matter is all reports show that if you do not expand the airport and you leave as is, there is a chance that you would not have an airport. So doing nothing right now is not an option, but more of those plans of the expansion will be forthcoming.”

The proposed airport expansion has been discussed for decades by various administrations, but it has not yet materialized.