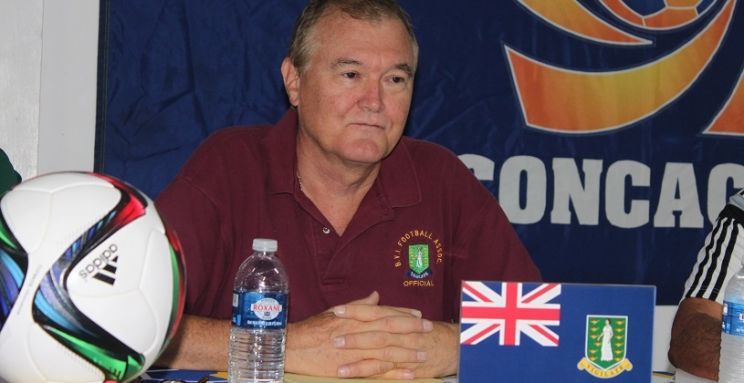 No Approval! COVID-19 Forces BVI To Play At Home Game In Curacao

The BVI Football Association has confirmed that the Men’s FIFA World Cup, Qatar 2022 Qualifying match scheduled to be played on Saturday, March 27, 2021, at home on Tortola has been moved to a neutral location.
According to local officials, the match will now take place in Curacao on the same date.

"Obviously, this is disappointing news for the FA its Members, National Men's team staff and players and all of its other stakeholders, particularly the Recreational Trust, who have been working hard to ensure that the facilities at the AO Shirley Ground would meet FIFA's requirements,” said Association President, Andy Bickerton

He added, “Our Men's National Team have not been able to play a home match since 2016 due to the damage to sporting facilities after the 2017 hurricanes and then the COVID pandemic. Our supporters have been looking forward to watching the players who have come through our youth program who would be representing their country on home soil for the first time. However, we recognize that the success of Government policy in controlling the spread of the COVID-19 virus could not be compromised."

The proposed travel schedule of the Guatemala Men’s National Team did not comply with the COVID-19 quarantine protocol currently in place in the Territory.

Further the BVI’s 2022 World Cup Qualifying match scheduled to be played against the St. Vincent and the Grenadines Men’s National Team in Kingstown on 30th March 2021 has also been moved to a neutral venue due to the impracticality of the COVID-19 protocol requiring a 14-day quarantine period currently in place in St. Vincent and the Grenadines. The match will also take place in Curacao.

"Obviously this is disappointing that again we have to play on a neutral venue and not in front of our own supporters.” Stated FA Technical Director, Mr. Dan Neville.

He added, “This is obviously a disadvantage from a technical point of view but also disappointing from a personal view as I was looking forward to my first home game since my involvement in 2017 and I think I can speak on behalf of the players who I know will also be disappointed that we can't play in front of our own people as well. Whilst this is disappointing the health and safety of the BVI people comes first and we will now look to continue preparations and plan accordingly”

The National Squad will be travelling to Curacao ahead of time to fully prepare for two extremely tough fixtures and with preparations having gone well so far, the team will be looking forward to good competition in March.
#COVID-19  #Covid