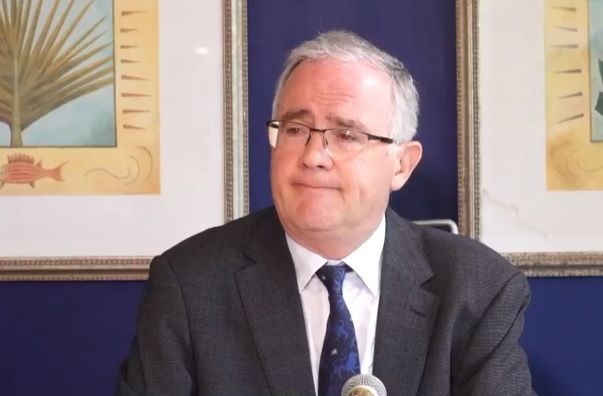 No 'Breach of Trust’ committed by Police Commissioner– Gov Rankin

Governor of the Virgin Islands Mr John J. Rankin, CMG has shut down questions on whether Public Officer Najan Christopher may have been unfairly treated as it relates to the law, in comparison to Commissioner of Police Mark Collins and the production and leaking of the now infamous ‘Police in Paradise Video’.

Ms Christopher was on October 11, 2022, charged by police for Breach of Trust and False Assumption of Authority over a letter written and signed by her stating that Ex-Premier Andrew A. Fahie (R1) at the time of his arrest in Miami, Florida on April 28, 2022, was the Head of Government of the VI and therefore immune from said arrest.

Governor Rankin. during a press conference today, October 19, 2022, when questioned by media on the similarities of the cases, said while he cannot comment on the circumstances of Ms Christopher’s charge since it is before the courts, he pointed of that the Commissioner who was also accused of Breach of Trust had been found to have not committed a criminal offense.

He said the Council also noted that the Commissioner in his statement on June 27, 2022, had made an apology for the breach of the video and the council was satisfied that there was no malicious intent by the Commissioner.

“The Council accepted that the Commissioner of Police had made clear his regret as to how the video was leaked and how it came into public knowledge. The Council also acknowledged and agreed that the material and general content of the leaked video were already in wide circulation in the public domain,” he said.

The Governor also noted that the Council welcomed the fact that the perpetrators in one of the scenes in the leaked video was apprehended and acknowledged that there had been some consultation between the Commissioner of Police and an official at the BVI Tourist board.

Following the leak of the video, Cabinet of the Virgin Islands had requested an investigation into the production and leaking of the ‘Police in Paradise’ recruitment video, and how it could have been leaked.

The Governor added, “the Council was also informed that there was no contractual agreement drawn up and there was no exchange of money to produce Police in paradise and Council has received confirmation that the leaked video will not be aired, on ITV in the United Kingdom.”

He said in the case of the Commissioner, there was absolutely no criminal offense committed by Mr Collins, Breach of Trust or otherwise, as per the finding of the Council.

When asked if Ms Christopher was given the privilege afforded to the Police Commissioner, the Governor did not comment. 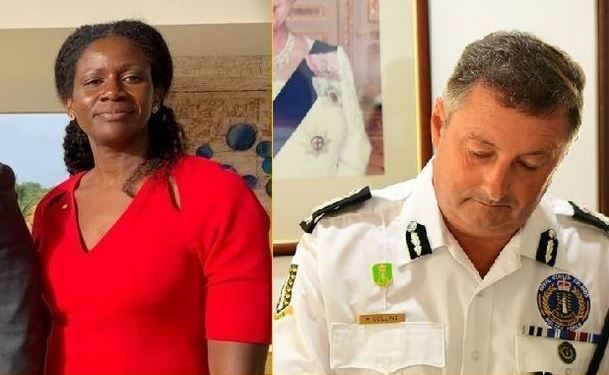 Some in the community have already pointed out the 'hypocrisy' in the system, since they are of the opinion Mr Mark Collins, right, was treated differently to Ms Najan Christopher, left, because he is a UK national like Governor John J. Rankin. Some have cried racism.

'Hypocrisy' in the system?

Some in the community have already pointed out the "hypocrisy" in the system, since they are of the opinion Mr Collins was treated differently because he is a UK national like John Rankin. Some have cried racism.

According to Julio S. Henry aka ‘Sam’, while on his show Speak out BVI on ZBVI 780 AM on October 11, 2022, the Police Commissioner should have also been sent home for Breach of Trust over the controversial and damaging ‘Police in Paradise’ video, since it was potentially damaging to the territory’s reputation, which its financial services and tourism industries heavily depend on.

According to Mr Henry, the arrest and charging of Ms Christopher while the Commissioner of Police gets off scot-free is “confusing” to him.

“It exemplifies the hypocrisy in our system to see people like Najan who was doing her job at the time, in the capacity of her job, now being vilified and charged for doing her job, but the Police Commissioner, who was involved in a very despicable situation. He was engaged, he granted permission to an outside agency in the United Kingdom to come into the territory and he himself assisted in putting together a videotape to basically discredit and destroy the reputation of the territory. But he wasn’t sent home for breach of trust,” Henry pointed out.

Guest on the show and local activist Melissa M. Potter interjected that the information used in the Police in Paradise video was sensitive information and which was supposed to be used in an ongoing investigation. “Where is his charge?” she also asked.

Mr Henry opined that only the Commissioner of Police would have had the authority to release footage of such a ‘heinous’ crime to a civil agency, yet he was not reprimanded.

The footage in question was of a fatal shooting at Fish Bay on March 16, 2021.