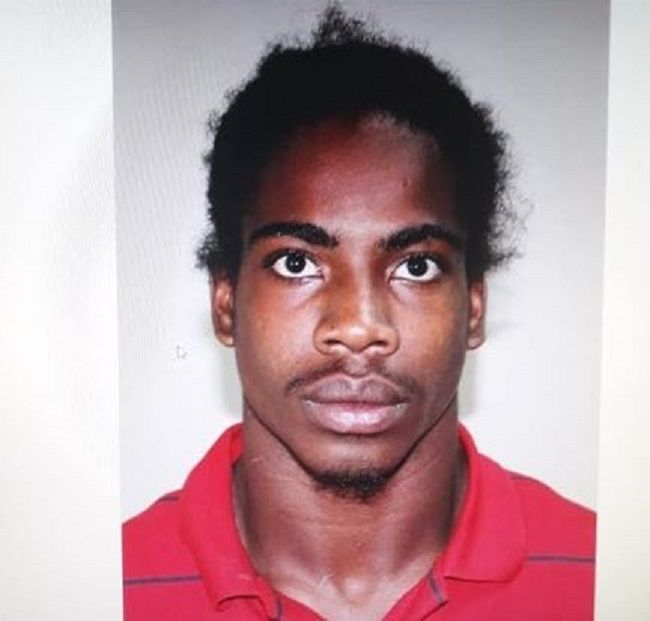 High Court Judge Richard Floyd dismissed a no-case submission filed by attorney for Khori Prince, Stacey Abel that he has no case to answer in relation to the December 28, 2018 burglary of Mi Amor Jewelry Store.

In an October 13 written judgement, it indicated that Ms. Abel, in her submissions to the court, said that while the prosecution had “some evidence it is so tenuous and contains so many inherent weaknesses that it would be unsafe to leave it with the jury, and the case must therefore be withdrawn.”

She said her client had not been shown to be a trespasser in the said store, and she also had an issue with the fingerprint evidence, stating that having his prints outside a window does not link him to the crime.

Ms. Abel further contended that the Crown’s expert witness in fingerprint analysis used a modern electronic analysis of the fingerprints as opposed to a manual or visual analysis only process, which could lower the margin of error.

Ms. Abel stated that there was also a lack of evidence pertaining to the seized jewellery to her client as none were found on his person, nor at his mother’s residence where he was residing at the time.

She added, "Although the defendant gave a statement to police which was at times unclear as to whether he had been at the Mi Amor Jewellery Store at all and, if so, whether he had been inside, he consistently maintained his innocence, denying responsibility for the burglary."

She added: “For these reasons, the case must therefore be removed from the jury.”

In the meantime, Crown Counsel Ms. Patrice Hickson said while the case was circumstantial, she was not satisfied that it should be removed from the jury.

She said none of the employees of Mi Amor Jewelry Store recognized Mr. Prince as a customer, referring to the location of his fingerprint inside of the store’s window; although police investigators were unable to say how long the prints were there they appeared to be “relatively fresh”.

Furthermore, the Crown counsel pointed to the evidence of the recovered jewellery that was found in his brother’s residence – who was also charged in relation to the crime – and from a vehicle close by which also contained his identification.

She also said the fingerprint matched the defendant’s own, which had been found at the crime scene.

“For all of these reasons, Crown Counsel contended, there was sufficient evidence to leave the case with the jury. It would require thorough directions from the trial judge, but it could result in a verdict of guilt,” the judgement said.

Judge Floyd said after reviewing all the evidence and hearing the legal submissions, while the case is a circumstantial one, Ms. Abel is ‘quite correct” when she said there is no direct evidence linking Prince to the crime, no evidence in and of itself proves that he committed the burglary and the closest evidence is the fingerprint which shows that he was in fact there “touching a window, at a time relatively close to the burglary,” which was the likely point of entry.

He said in relation to the process employed for the fingerprint evidence, it involved the use of magnetic powder to develop the latent prints, which is an old-style process, followed by newer techniques involving electronic methods, but this process is effective and not antiquated, and it continues to be used extensively by police services.

Judge Floyd said the investigating officers testified that Prince was interviewed twice, and while he maintained his innocence, he gave conflicting answers to whether he had ever been at the store or inside the store.

“An inference could be drawn that the defendant was present at the Mi Amor Jewellery Store at the time of the burglary, owing to
the presence of his palm print on the window, which was found to be the point of entry. However, that inference may only go so far as to confirm the presence of the defendant at some time in the recent past but not necessarily at the time of the burglary. It is for the jury to decide," the Judge said.

He went on to state that, an inference could be drawn that the defendant was involved in the burglary of the Mi Amor Jewellery Store owing to the recovery of stolen items from a residence where he was found and a vehicle where his identification was found.

"His identification cards in the vehicle may indicate his presence within, and therefore a connection to the stolen jewellery found there. It may be, however, that the jury would decline to make such inferences due to a lack of ownership in either the vehicle or the apartment or both, but it is for the jury to make that determination,” he said.

He concluded: “For all of these reasons, I am not persuaded that the evidence is so poor that it would be unsafe to leave it with the jury. The no-case submission is therefore dismissed, for the reasons advanced.”