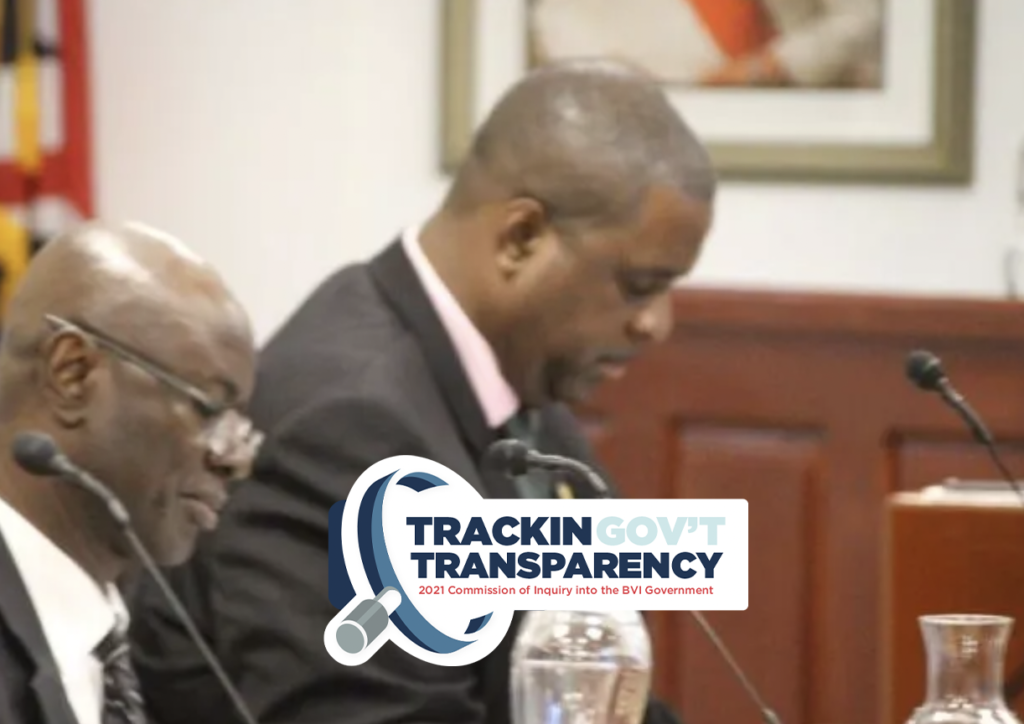 No evidence gov’t pressed AG about sacking statutory board members

Premier Andrew Fahie has told the Commission of Inquiry (COI) that before getting rid of all statutory board members appointed under the previous government, he and his Cabinet ministers extensively grilled former Attorney General (AG) Baba Aziz on whether it was lawful to do so.

He said Cabinet went ahead with the removal exercise since the AG did not give a definitive response. But based on the minutes from the Cabinet meeting about those discussions, there was little, if any evidence at all, to show that the issue saw robust consultation with the AG, the COI heard.

“You started off saying that the Attorney General was pressed by the Cabinet as to whether the policy … was unlawful,” Rawat said while addressing the Premier during his appearance before the COI yesterday, Tuesday, September 14.

“Premier, your evidence was that the Cabinet – not just yourself, all five members of the Cabinet – pressed the Attorney General for clarity. I would just like you to point the Commissioner’s attention to where you did that.”

In response, the Premier said the Cabinet papers were in no way reflective of the exhaustive consultations that were had in relation to the government’s new policy.

“This is one of the things I need to make clear,” the Premier began. “In a Cabinet meeting, the gist of the conversations is what’s captured. But there’s so much more that’s discussed that is not inside of these [Cabinet papers],” Premier Fahie said.

“So, there was a long discussion on ‘are we acting lawful or unlawful’.”

The Premier then proceeded to read a section from the Cabinet minutes where the governor, who is chairman of Cabinet, stated that a reasonable justification should be given to remove board members.

“The Attorney General didn’t respond just like that,” the Premier then said. “The chairman, after he said that; my recollection was there was some discussions about it. Now, we would not capture all of that in the minutes.”

What the AG actually said

The COI heard that throughout the discussions on the legality of sacking statutory board members, the AG had given indications that such a move had possible legal risk.

“My difficulty is, before the Attorney General [got] involved in this, you within days of coming into office, had a policy to sack or remove all members of all boards, except ex-officio members. And I’m struggling to see what you consider the public benefit was in doing that. If you wanted to reinvigorate the boards, there are a number of ways of doing it. But that did not include sacking all members of all boards,” Sir Gary said.

No proper advice given by AG to Ministers

According to Premier Fahie, his government was left in a quandary in the absence of any concrete advice from the AG.

He explained to the COI that his government’s main focus on the issue was whether the policy was indeed lawful. He also noted on multiple occasions, that there were no lawyers among his ministers.

“At the same time, too, the question is, ‘is the policy in the best interest of the public?’ … And the other question is, ‘is it lawful or is it not?’ And the only person can answer that for any sitting government is the Attorney General. And if we cannot get a ‘yes’ or ‘no’, then you leave the sitting government, whomever they are, in a quandary to decide on their own,” the Premier argued.

“So, you cannot wait until we decide, and then come and tell us, ‘Well, there’s an error,’ because we asked you before we decided. We are not lawyers,” Fahie further said.

“And that’s the reason why I’m here today. Commissioner, it’s because you want to know if we acted unlawfully? And I’m here to tell you; as far as I’m seeing, we didn’t because we were not given advice that we did.”